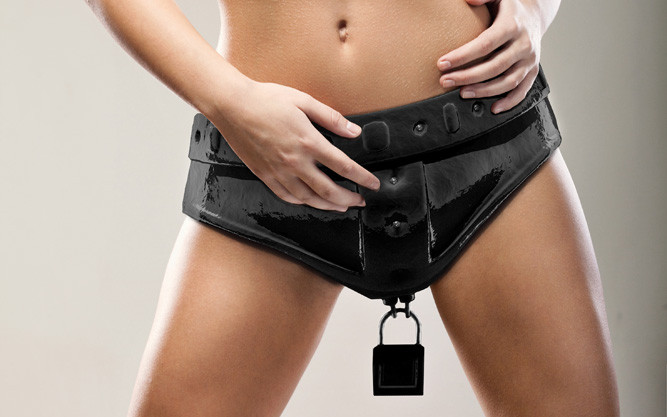 I have frequently written about the myth of ‘unusual sex’. While most media representations tend to portray sex as an extremely standardized activity (namely: heterosexual missionary coitus between athletic young  persons uninterested in anything but vaginal penetration, giving them simultaneous orgasms), reality is very different. The truth of the matter is that everyone has sexual fantasies, that entertaining them doesn’t make them real fetishisms and can be very healthy, and – in the words of a sexologist friend of mine – «unless you are into three or four kinks at the least, chances are the weird one is you».

Last week however Canadian researchers published the results of a study that finally measures exactly how uncommon many sexual inclinations are. Before looking at them, a few caveats are due. The first is that, although the number of surveyed people was sufficiently high, the research took place in Quebec, which can hardly be considered a mirror of the world at large. Canada has a strong culture of respect, generally good sex education programs, a particular climate, and higher sexual restraint than many Western countries. In other words, they aren’t as wild (and irresponsible) as others.

Also, my impression is that a few questions were a bit too vague: there is a possibility that they might have been misinterpreted in part, so I am looking forward to the results of any validation study to be done in other countries or with a more specific wording. This aside, the research does offer a really unique and important innovation in how it precisely defined a series of categories for sexual fantasies. Here they are:

Typical – A fantasy shared by more than 84.1% of the population sample;
Common – Over 50% (half of) the people;
Unusual – Less than 15.9% of the interviewees enjoys this;
Rare – Less than 2.3% are into that.
Keen-eyed readers will notice there is a grey zone between 16 and 49.9%. I have no idea why either: let’s just consider it a “kinda funny, but not really weird” area.

The research identified 54 main different fantasies and their incidence among males and females. Reading the resulting table isn’t especially easy unless you are a statistician and you copied it in a sortable spreadsheet. Lucky me, then, since I had both at hand and I can summarize some interesting data while we wait for the Canadian team to release more detailed results. Since this is what all of you are waiting for, here’s the scoop:

The top three rare female sexual fantasies are – Being pissed on, pissing on the partner, zoophilia.

Talking about males, however:

The research results can be used to gain even more interesting insights however:

The most disliked kink of them all is – Pedophilia. That was easy – but only because necrophilia wasn’t even considered.

Women are much more inclined towards – Homosexuality, apparently, with 36.9% aspiring lesbians against 20.6% male fantasy gays.

So… do you still believe that you have strange tastes when it comes to sex?

The Secret Life Of A Hotwife (Chapter 1) – Introduction To Hotwives