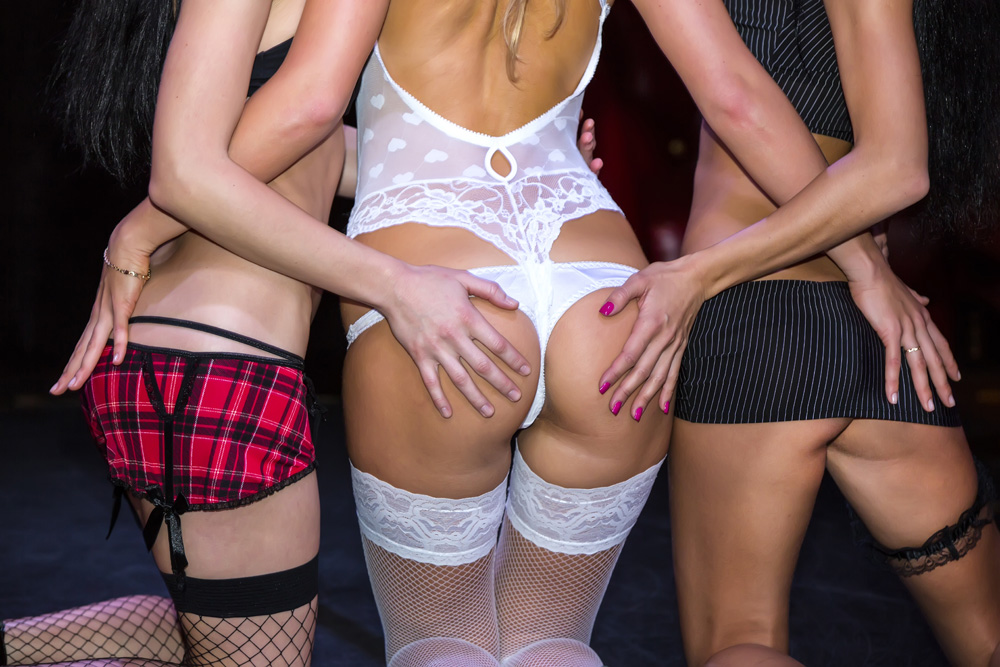 Munches are social gatherings for kinksters in non-kink environments. Groups meet for lunches and dinners and offer an opportunity to meet like-minded people in a public, purely social situation. It’s always a good idea to get in touch with the event organiser prior to the event, to introduce yourself and to connect. This will ensure you ‘know’ at least one person when you attend the event and Munch organisers will generally be available to introduce newcomers around. To find munches near you, you can try a simple google search. If it’s proving hard to find, I’d recommend trying FetLife.

This is the equivalent of the Facebook of the BDSM and kink community: a place to connect with others, and find out about events and goings on in the world of kink. To access FetLife you must create a profile (this is entirely free). Upon signing up, you have access to a bunch of information all on one site; there are discussion groups on pretty much every kink imaginable (and if you find a gap, start a group!). In addition, many of the smaller kink events, like Munches, are only promoted via FetLife. You can use the site as a great opportunity to begin some networking within the community, be it whether you are looking for individuals who share your location, fetish, or level of experience. While the site itself isn’t the easiest to navigate, you can cut back on a little frustration if you take some time to look around and get used to the way it works before delving into the activities.

These are not only a great way to pick up some new skills, but also a brilliant way to connect with others. Once you start looking, you will find a bunch of people offering an array of classes, although it can be quite overwhelming when you’re unsure of your own level of commitment. As a starting place you can search for sessions like ‘Kink 101’, ‘Kink For Beginners’, or ‘Introduction to BDSM’. Generally, these types of classes are aimed at the curious or those who are unsure about their area of interest. As such, you should be able to get a good idea of whether this is something you’d like to continue after one of these sessions. As a newcomer to this scene, it’s always recommended to sign up for classes with an established educational group or trusted kink educator. Personally, I’ve worked in a couple of amazing establishments that not only offer an array of classes from experienced and vetted facilitators, but a wonderfully welcoming environment to newcomers.

In the US, there is the Foundation For Sex Positive Culture. Based in Seattle, the Foundation offers education via its library, skillshares/workshops and events. These are run by a bunch of individuals who are passionate about kink education, and would be a great point of contact for those based in the US wanting to find something local. Here in Melbourne, I’m currently connected to a fantastic facility called Splinter. Although the group itself has been running BDSM-based skillshares and workshops for many years, the focus on the educational aspect has increased exponentially after the facility moved to bigger premises early this year. It has also attracted some of Melbourne’s most respected kink-players as skill sharers and educators. They hold classes and set up support and discussion groups on a multitude of topics ranging from the theoretical—dealing with mental health in a kink world, working with polyamory in a dominance/submission (d/s) context, negotiation and informed consent; practical—rope play, fire play, sadism, predicament bondage, decorative bondage, foot pampering; and the philosophical. What these establishments have in common is the trust and respect of the community around them, and a real passion for wanting people to explore kink in a safe, sane and consensual way. It’s definitely worth investing the time in finding something similarly reputable.

Most people are generally nervous about their first public kink event, particularly if they’re turning up alone. Will it be confronting? Will I fit in? What happens if it’s all too much? Get as much information as you can prior to the event to know what you’re getting into: Is sex allowed, and how does the venue define ‘sex’? Does it have a nightclub vibe or is it more like a private party? How many people usually attend? Look into the dress code and do your due diligence. As with Munches, it’s a great idea to get in touch with the event organiser prior to the event, and let them know you are a first-timer. It is also important to questions and raise your concerns so that the organisers can give some sort of idea of what to expect. Some kink and BDSM nights actually have mandatory introductory sessions for newcomers to be well-acquainted with the expected etiquette and rules in particular, not only pertaining to kink, but to that individual club. Furthermore, some clubs will invite newcomers on an Introductory Tour. You may also look into some places that run alcohol-free events. While it may seem odd for a club not to serve alcohol, but in my experience these have been the friendliest and most welcoming places that function more like social clubs where there’s no blaring music and strobe lights, but tea, coffee, couches, an inviting space to chat, and a bunch of BDSM equipment waiting to be explored. I was introduced a particular social version of the kink club in Colorado at the Denver Sanctuary, which totally blew my mind away as it was absolutely warm and inviting. I am truly pleased to be able to continue indulging in this atmosphere back here in Melbourne, thanks again to Splinter which now runs PlaySpace—an newcomer-friendly event that takes in a homely dungeon twice a month (PlaySpace).

Do keep a look out for these as you can probably gather a lot of information all in these events. Most major cities hold rendezvous that celebrates some sort of kink/BDSM and your best way of finding out the when and the where is to via the good old internet. As mentioned earlier, Fetlife and even Facebook groups are good for staying informed. Right now, among the top of the list on a Google search for ‘kink festivals’ is OzKinkFest. Known as Australia’s biggest kink festival, OzKinkFest is a 10-day extravaganza of munches, exhibitions, workshops, events and a one-day Fetish Expo comprising market stalls from over 40 vendors, a fashion parade, performances and demonstrations.

And for those in Melbourne, its time to turn the heat up! OzKinkFest begins this weekend, kicking off with the Fetish Expo at Fitzroy Town Hall, on the Saturday from 12pm to 7pm. Tickets are for sale at $15. As these annual events are community celebrations, first-timers need to be aware and prepared to see some people in their kinky best. There’ll be all manner of corsets, rubber and leather … probably some pasties, and more than likely a few pair of chaps. Add that to the bunch of smiling faces, exciting experiences and the chance for you to explore what the world has to offer!