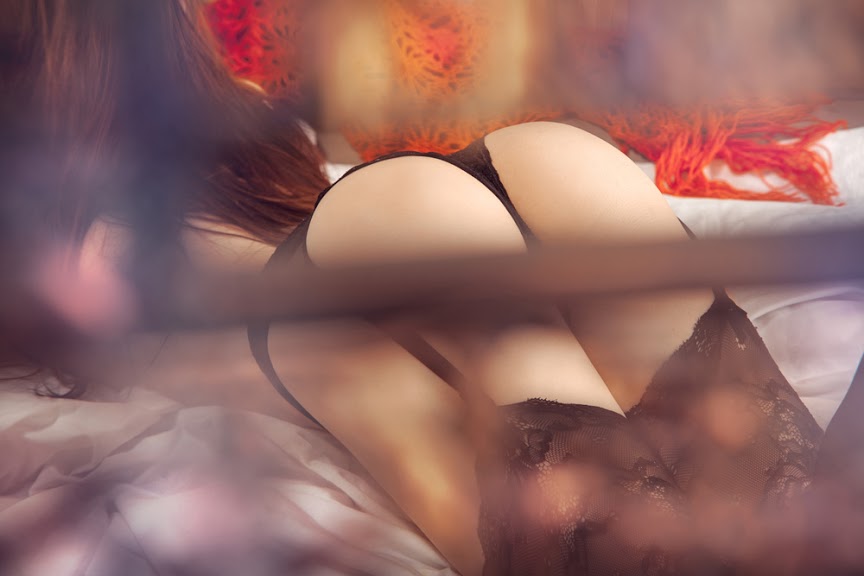 I am not saying anything thought-provoking or insightful when I say that rape is not an uncomplicated subject … duh. Since rape is such a contentious issue, especially recently with universities being criticized for not being proactive about sexual assaults on their campuses, when people start talking about rape fantasies and role plays, they tend to get even more fired up. This was seen particularly after the release of the Fifty Shades of Grey trilogy and is often brought up in conversations about consensual non-consent in pornography (aka rape porn). Rape fantasies and role plays of course complicate conversations about sexual assault; this article hopes to shed some light on both how to explore those fantasies with your partner and/or how to keep an open mind toward individuals (perhaps yourself included) that may have those fantasies.

If you do a little searching on the internet, you would likely find countless interpretations and definitions of rape fantasy, which may differ from the one I will provide here in my own words. Rape fantasies are when an individual has the desire to be coerced into sex, either through physical force or through verbal coercion and will fantasize and imagine scenarios with a partner where they give up or have no consent. Rape role plays are typically when the acts of sexual coercion are physically acted out with a partner CONSENSUALLY, whereby one partner gives up the option of being in charge and allows the other partner to completely dominate them. The most important piece to remember, in case you missed it in the last sentence, is these acted out sexual fantasies of rape are consensual.

Often people ask how can rape be consensual when the whole premise of rape is that it is a forced sexual act. The short answer to that question is lots and lots of communication, negotiating and planning beforehand. As with any role play, even ones as simple as dressing up as a school teacher and student, there typically is  some sort of discussion before the playing about who will do what, who will say what, who will wear which costume, who will play which role? With rape role plays, there should be even more contracting and communicating and very clear boundaries set before any sexual contact even happens. Rape role plays are not to be taken lightly and if you feel that your partner, whether they are the one that would do the dominating or the one giving up their consent, does not want to participate respect their wishes, do not pressure them.

Rape is often seen as a woman’s issue, which makes sense given that the vast majority of people who report assaults are women; therefore it is not hard to believe that most individuals who disclose about having rape fantasies where they are the ones giving up their consent are women. Of course, these accounts are not totally accurate given that it is common for individuals to not accurately or honestly report what their fantasies or sexual experiences actually are (all the shame!). In addition, it seems that not very many people outside of the kink community have much tolerance for or understanding about rape fantasies and role plays. Often times, rape fantasies, or rather the individuals that have them, are pathologized by the outside community that sees rape fantasies as “sick” or “unhealthy” expressions of sexuality. I will not get on my soapbox about how no one should ever police our sexuality and determine for us what is healthy or unhealthy about our sexuality except ourselves, but just know that if you are comfortable with your sexual fantasies and want to act some of them out with a consenting partner, you totally should!

Some individuals believe that carrying out rape fantasies with a partner in a role play is a manifestation of not being able to ask for something we (i.e. women) want in our “normal” sexual lives. Or we want something society has taught us as women, not to want, like sexual pleasure; therefore we create these rape fantasies in our minds to fill a sexual need we may not know how to ask for. Sexual suppression and shame is a chronic problem for women and men too; female sexuality and sexual pleasure is not something that is valued in Western society, so often expressing our sexuality and sexual pleasure is seen as taboo. Rape fantasies are sometimes seen as an alternative expression to ask for what we want sexually. Female sexuality is too often stifled in Western society and that is not a pathology of the individual, but rather pathology of the culture at large.

At the end of the day, regardless of which genders fantasizes about giving up their consent to a partner (or a stranger), all sexual fantasies not just rape ones, are just another way to explore with our sexual selves and our partners. If rape fantasies and role plays are something you are interested in exploring, consenting to give up consent and keeping lines of communication open are key, and if rape fantasies or sexy teacher fantasies are not your style, that’s okay too. Just as a public service announcement: be kind to each other. People who have rape fantasies are not necessarily “sick” or “unhealthy” people, they just have a different fantasy than you do, and likely their fantasy is not intended to personally attack you or your sexuality.

*This article was not meant to belittle or minimize some of the strongly held beliefs about rape and sexual assault, especially for those who are survivors of sexual violence. Nor was this article meant to frame rape fantasies and role plays into a dichotomous “naughty or nice” argument. Rather, this article simply meant to inform readers about how rape fantasies can be safely explored while also trying to encourage readers to not so quickly shame individuals who may be curious about this kind of sexual fantasy.

Taboo Fetishes: Women in Bondage and the Men (and Women) who love them
So … have you been Naughty or Nice this year?
Advertisement