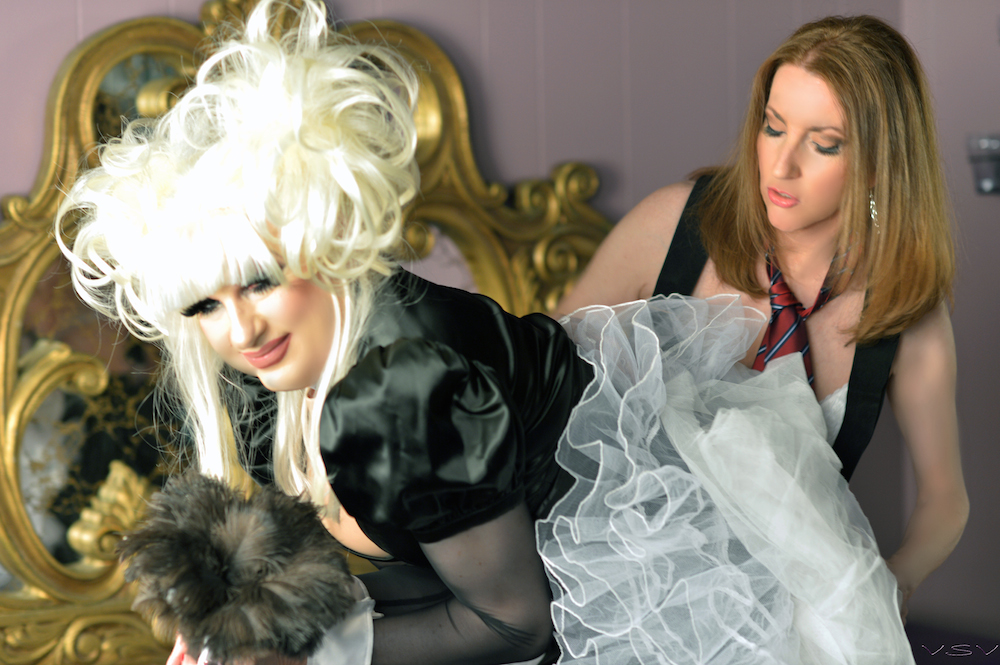 What Is Gender Play?

It’s a broad spectrum form of play and it just keeps getting broader with our exposure to non-traditional gender identities like non-binary, gender fluid, transgender, etc.  Regarding My gender play, which is almost exclusively with men, it’s about taking them out of the confines of their born gender –  what they are programmed to feel and believe about themselves, and how they identify with their gender.

That can be as simple as donning a pair of panties and teetering around in high heels, to full transformations and getting a public response to them in a feminine role – and everything in between.  And it’s more than just the physical aspect.  For many, taking on feminine characteristics and wearing womanly trappings pushes their comfort zone, makes them feel out of control and therefore more submissive and that is where D/s play enters.

The biggest one is that it’s all about humiliation.  Up until the last five years or so, I would say that was mostly accurate.  At that time, gender play revolved mostly around sissy play and emasculation of the male ego.  Now I see more and more men who want to feel empowered by feeling feminine and being viewed as a woman.  Because of that, My skills have had to grow.  I took lessons in transgender makeup and fleshed out My client wardrobe to include elegant attire too.

The other big misconception is that gender play is only for bi-sexuals.  That is an absolute falsehood.

But there can also be a serious side to gender play.  I have had more than a few clients that are exploring the possibility of transitioning and a professional dominant can provide the safe space for them to take on that role for a manageable time.

I don’t know if there is a true “typical” but nowadays I enjoy the “female empowerment” scenes best.  I’ve always felt that using feminization to emasculate a man was unfair to the female ideal.  Why should being feminine make you less of a man and therefore humiliated?  Shouldn’t a man be honored to be remade in the image of Us?  I think that is just one of the ways our thinking is slowly changing.

So, the scenes that involve full transformations and realistic cross-dressing are My current favorite.  I love to wait and reveal the final results after everything is done:  hair, makeup, dress, shoes, nails, etc.  The look on some of their faces is priceless.  Of course, the transformation is just the first part of the scene for most.  Sometimes we engage in medical play that can result to a trip to the OBGYN table and maybe a mock castration and gender reassignment.  Maybe we discover the goddess Venus is resident in them and engage in strap on play.  Public outings are always fun and liberating too.

What To Expect Before Exploring Gender Play

As I briefly mentioned earlier, gender play will not make you gay or cause you to question your sexuality in a negative way.  Some men get fully dressed for the first time and declare themselves lesbians.  Others crave to suck cock, but I don’t think it’s done anything more than bring to the surface what has been swirling around underneath.

As with any form of play, choose your partner carefully.  If seeing a professional, make sure they have all the accouctrement you seek.  If you want a full transformation, make sure they have a good stock of fem gear and preferably a dedicated feminization area. A verifiable track record of working in gender play is imperative too.  Seek out reviews and other information outside of their website to make sure you are a good fit.

In short, do your research, choose well and communicate your desires and limits clearly.