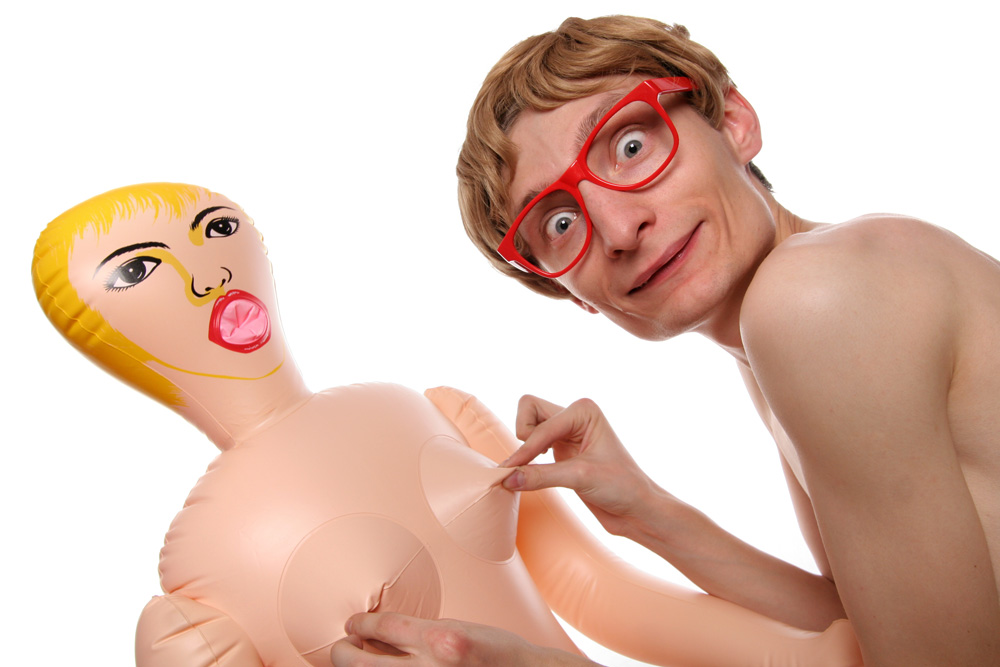 First things first, Dollfie is a trademarked name for a collectors’ dolls line by Japanese manufacturer Volks. They are not toys: in fact, they were originally produced as kits for artists to customize, sporting for example a featureless face to complete with painted details, glue-on eyelashes or hair to be rooted in the plastic head one by one using intricate doll-making skills. Today Dollfies are also sold in complete form, at prices ranging from 429  to 693 dollars – accessories not included. Limited editions Dollfie dolls can be over $3,000.

The reasons behind such extravagant cost are the remarkably high quality of the product and its ability to hold any pose a real human can, but most of all its customizability. Each element of the 19-parts body (not counting the ball joints) exists in many variants that can be bought separately, swapped and mix-and-matched until you get the exact image you were looking for. There are even different types of skin finishing! Dollfie dolls are produced in various sizes, the largest of which is called ‘Dream’ and stands 60 centimeters tall, more or less your average 4-years old kid’s height.  So, how does all of this relate with my website?

Pediophilia – not to be confused with the I-less word – is a fetishism for dolls. It is quite rare, and it usually involves kissing, ejaculating on the doll or penetrating yourself with it. Floating on the Web there are way too many videos of this kind, while other variations are less documented and much more creative. One famous case, for example, involved a Californian man who got his kicks from swallowing the heads – up to six at a time, and with their hair cut short – of Barbie dolls. He then recovered them, boiled them to sterilize them, and went at it again. In his words, his problem was that the bodies were too large for his throat.

Dollfie dolls are ideal for doll fetishists because they are quite realistic to begin with, but also because of the large aftermarket dedicated to “special interests” clients. You can’t buy mini-silicone tits for other brands, nor nano scale ultra-detailed sexy lingerie. People can go to impressive lengths to perfect their miniature sex ideal, and you can find many somewhat disturbing forums online where enthusiasts endlessly discuss exotic arts like how to best airbrush carpet burn marks on the knees of «oral fixated dolls».

Volks has not a monopoly on the pediophile market, mind you: there are many other less known manufacturers (as listed in this entirely nonsexual dolls’ tailor website), most of which are probably doing the world a great service by keeping their customers occupied with inanimate objects instead of what they represent. And yet none of them offers their clients what they obviously crave. Except one. Dollho is a specialty firm producing Dollfie-proportioned onaholes, shaped chunks of stretchy silicone with  a corkscrew-like canal running halfway through it – think of a Fleshlight, but looking like a rough-hewn torso instead of a soda can. If you really, really love your doll you can tear it apart, switch the original lower body with the Dollho one, re-attach the limbs and head, very carefully detail every little aspect of your little, delicate companion… then fuck it mercilessly, making it look like it was raped by Godzilla.

Judging by the quantity of online videos showing the act, this pastime counts a lot of fans. Also, being underendowed does help as, according to reviews, this onahole «doesn’t feel that great» and customizing your own provides better results. There are two Dollho body shapes (one curvier, the other worryingly immature), which also fit the Obitsu 60 doll system, a similar and less expensive collectors’ item produced by the same manufacturer of the perennial grandmas’ favorite, the Kewpie doll. I wonder how the nice family running the business took the news of their unexpected fanbase. This, I swear, is everything there is to know about Dollfie sex. Now, could you just stop obsessing over it and move on to other aspects of unusual sex? Please? Seriously, I’ve got 1,138 more for you to read about…