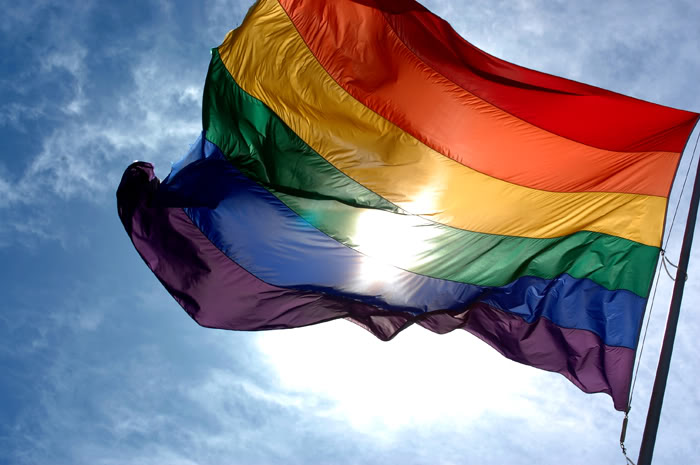 Some of the terms I used in my introduction to describe my gender identity and gender discovery journey are likely unfamiliar to you. Here’s a quick vocab lesson to go with my first post:

Assigned Female at Birth (AFAB), also Assigned Male at Birth (AMAB): these terms acknowledge that the gender that ends up on your birth certificate is determined based on external examination of your genitals and assigned by someone other than the person being born. That assigned gender may or may not correspond to the gender identity that person eventually recognizes for themselves. So, in my case, when I was born, everyone in the room (other than me) took a look and decided I was female.

Because I’m genderqueer, you can also say that I don’t identify with the gender binary. Another term you might have seen is ‘trans*’. This is a term some people use to broadly describe people who identify as transgender, transsexual or other gender non-conforming identities. I sometimes describe myself as a trans* genderqueer butch. Be aware that in some circles, this is a controversial term, however it is one I use to describe myself and other nonbinary identified people.

‘Non-binary’ is another term we should explore and we’ll do that by first talking about what binary means. A binary system is one with two choices, like on/off or black/white. When we talk about the gender binary, we’re talking about male and female being the only two terms we have when describing gender. For most of my life, I didn’t question that system or the limitations it imposed. Our culture uses the gender binary to define what roles, characteristics and appearances are acceptable for everyone based on their perceived gender. When I identified as a butch female, I was gender non-conforming. That means I wasn’t playing by the rules for being a female in American culture. I didn’t wear dresses, or keep my hair long and feminine. I embraced masculinity and put me outside the gender norms. Even as I chafed at the limitations assigned my gender, I still didn’t question the binary itself.

Sit for a moment and imagine living outside that binary, imagine not being constrained by male and female. Can you do it? Can you think of a time when you didn’t feel intrinsically male or female? Even for people who are trans* identified, it can be a challenge. Most people relate to the gender binary in a positive way, for example trans women who identify as female or trans men who identify as male. But I am becoming more and more aware of people like me who occupy that gray area in between (or maybe outside) the binary.

I first discovered this gray area through blogs and essays and eventually met some nonbinary people in person. I had a growing realization that this way of seeing gender, outside the restrictions of the binary, resonated with my internal vision of myself. I began to identify as genderqueer and tell people about the way gender intersected in me. The ongoing challenge is that it is really hard to explain not being male or female to binary identified people. Typical reactions are confusion, disbelief, even mockery – maybe you can relate to one of those.

This being my first post here, I don’t want to go on and on, better to leave something for the next time. In my next installment, I will address a couple more things I spoke about in the second paragraph – my pronouns, name change, testosterone and how that reconciles with not being male.

If you have questions for me on the topics I’ve raised here or questions you hope I’ll address in future posts, please leave them for me in a comment. You can also find more on these topics (and more) on my blog, Butchtastic.