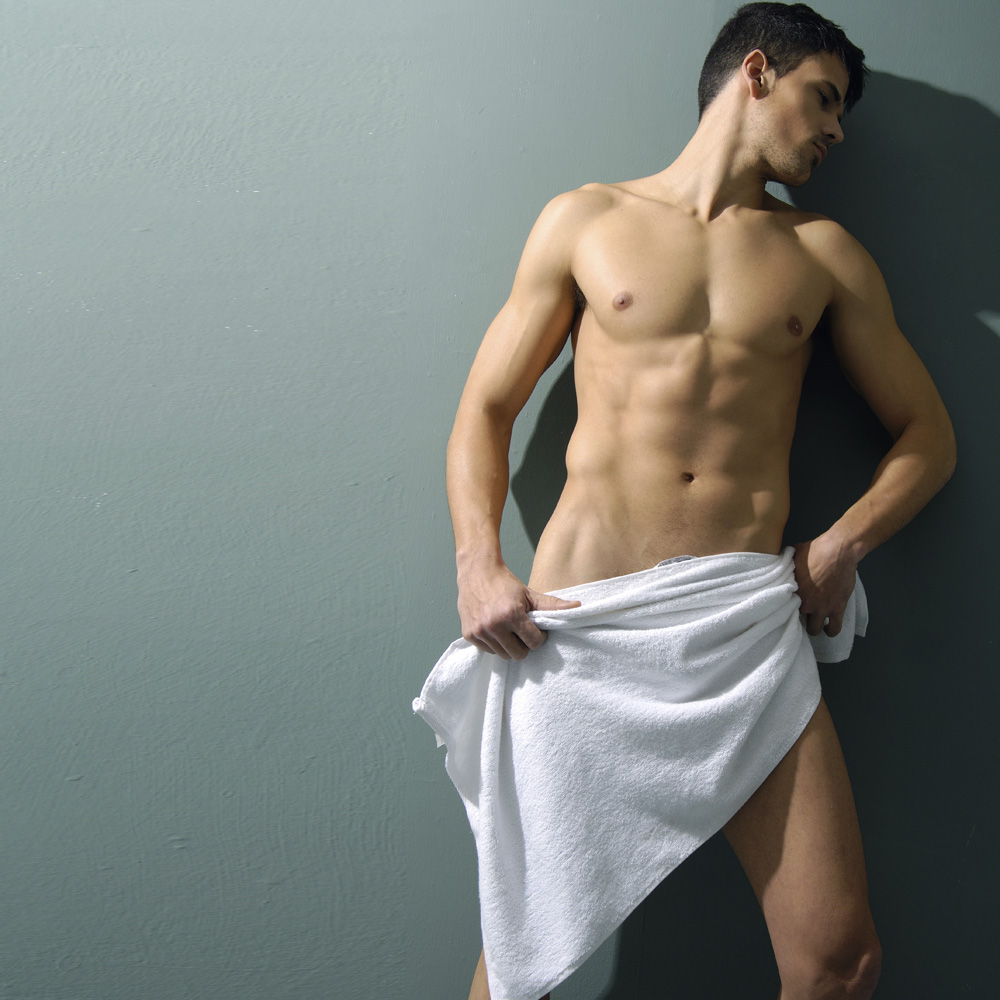 Oh that Rick! What a friend! What a guy!!

I’m visiting Rick in San Francisco for three days. Jeff, our actor friend in El Lay, calls excitedly this morning to tell us he’s on TV tonight, featured in a spot on a major soap opera, so I stay in to watch the show, which is scheduled for 9 p.m. It’s an inconvenient time, because it’s impossible to go out for dinner before, and afterwards it’s too late. Then, too, the timing is wrong for a real movie either before or after, consequently one small segment of a soap opera interferes with the entire evening. Another friend who promised to call didn’t keep his promise, so I take that as an omen, in addition to feeling a certain sense of loyalty to Jeff, and decide to stay in with a book to read –even though it’s the night before Valentine’s Day, and I figure there will be Major Action in the streets, in the bars, in the clubs or everywhere, despite the fact that it’s a Sunday night.

At 8:30 Rick arrives with a spectacularly good looking fellow. Rick introduces the friend, Brad, whom he’s just met at the Jackhammer, a leather bar in the Mission District. Brad is about twenty-two, six foot three, lean, with short blond hair, smooth fair skin, wearing tight jeans, no shirt, black boots, and a leather jacket. After a bit of idle chat, Rick and Brad go downstairs to Rick’s Rec Room (which has become equally famous – or infamous – as Rick’s Wreck Room) while I stay upstairs in the guest room with book and TV. Rick says maybe they’ll come up and watch the show, but I have my doubts, assuming they’ll be otherwise engaged.

At 8:55 I turn on the TV to watch the soap opera. It’s completely idiotic, and Jeff’s appearance lasts about two seconds. His opening moments are fine, and I watch the rest of the show, expecting he will reappear, but he doesn’t. Meanwhile, Rick and Brad are downstairs having a much better time, I’m absolutely certain, than I am. I feel I’ve made a mistake, both by staying in and by watching the stupid TV show, and I feel ripped off by my loyalty to Jeff. It occurs to me to telephone him and ask how much he gets paid for acting stupid on a show that’s already idiotic, but I check the urge and keep my bad attitude to myself for a change.

Just after 10, there’s a tap at my door. Rick is standing there, handsome, muscular, and naked except for his suntan from Costa Rica and a towel in his hand. He says: “I told Brad you’d give him a blowjob. Come on downstairs. He’s waiting for you.” Incredulous, I ask: “Are you kidding?” From the look on his face, I can tell he’s not kidding, so I abandon the book and take off my shirt, muttering half out loud: “I’m not quite sure what to wear.” “You’re fine! You’re just fine!” he assures me. “But…but…” I stammer. “But what?” says Rick. “But have you finished with him?” I have to ask. Rick smiles enigmatically and replies: “I’ve gone as far as I can go. Now it’s up to you.” Scarcely believing my good fortune or Rick’s generosity, as well as wondering what Brad’s attitude might be about this whole thing, I accept the invitation, of course, telling Rick “Thanks!” and he answers: “Thank Brad, don’t thank me.” Then I descend the stairway and go into Rick’s Rec Room. The room smells of sex and poppers. Brad is on the bed, lying on his back, naked except for a leather collar and a cock ring. His eyes are wide open, he has a delicate, slightly rococo armband tattooed on his upper arm, and his long, lean body, in complete repose, is clearly receptive. “What a pretty picture!” I say, almost in awe. Rick agrees, adding: “He’s a beautiful man!” Brad doesn’t say anything. He doesn’t have to. I sit on the edge of the bed and begin to run my fingers over Brad’s tight, flat belly. Rick goes to the top of the bed near Brad’s head, leans over, and begins to kiss him. Brad moans gently, and his cock begins to swell. I put my mouth on the head of it and taste a savory combination of sweat and lube. His hips began to rock under me, and as Rick kisses him and plays with his nipples, I gently begin to suck on his cock and lift his balls. Rick gives us each a hit of poppers, and the three of us begin to make love in wondrous synchronicity. As I suck on blond Brad, I can see Rick’s dark cock getting bigger and bigger, and I wish I could suck on them both at the same time.

The unspoken message is to please Brad, so together Rick and I pay our separate and various attentions to Brad, who remains surprisingly recumbent and passive. Gradually, we get him, as well as ourselves, hotter and hotter. Suddenly Rick stands up and exits the room, leaving me unexpectedly alone with this tall, exquisite youth. For a moment I feel like a usurper. I’m confused, wondering: Why am I here? How did this happen? Do I deserve this extraordinary feeling of trust? Why is Rick sharing him? Why has Rick left? The moment of doubt passes, and I begin simply to enjoy the feelings. Brad loves to be touched, anywhere, everywhere. His skin is flawless, his chest perfection, and his responses to my touch on his skin are almost orgasmic. So much so I wonder what drug he might be on. I run my fingers and lips over his body, and he throbs in response. I suck on his balls and run my hands over his legs. In turn, he draws up his left leg, inviting access to his innermost parts, and slowly, gently I put my right hand into his ass, all the while playing with his upper body and flat belly with my left hand and continuing, the whole time, to suck on his cock, which gets harder or softer, in my mouth, in gradual sequences. At one point, Brad puts his left hand around his cock and begins to play with it, watching as I bite his nipples and play with the rest of his body. I put my hand in his butt once more, and he shoots his wad, wordlessly, all across his flat, muscled belly. I rip off my T-shirt and underwear, grease up my dick, and masturbate on top of Brad’s recumbent form, as he looks up at me. Rick returns, puts his arms around me first, from behind, then hugs us both and leaves the room once again. It is reassuring and odd at the same time.

Brad still has his hand on his cock, and the sight of this beautiful man lying under me makes me crazy. I shoot off in what seems only an instant, and we lie there, close together, and with my fingertips I rub the cum into that tight, youthful body until it disappears into his skin. Brad says: “I’m cold,” and pulls the covers over him, then goes into a sleep-like trance. I get a drink of water and go upstairs to look for Rick, who is stretched out on my bed, naked, suntanned and spectacular, calmly looking at the book I had abandoned an hour or two earlier. We compare notes about Brad’s astonishing beauty. Rick tells me how he first perceived Brad in the bar, bare-chested, his jacket hanging off one shoulder, tall and so incredibly stunning that no one dared approach him. Always ready for a challenge, Rick set his sights on the unknown boy, shined his magic light, and within moments they’ve left the bar together to come back to the house for a drink, etcetera.

Now it’s two hours later. Rick and I agree that Brad was On Something, but neither of us can determine exactly what it was. Maybe a little pot; maybe a bit of speed, too. Probably a mixture. In any case, he’s extremely high and astonishingly sensitive to touch; no doubt that’s why he more or less passed out. We go back downstairs to look at him, try to get him to talk, which he doesn’t or can’t, and Rick opines, not unhappily: “I think Brad’s going to stay the night.” Five minutes later, much to our surprise, Brad awakens and gets up.

Each of us has a shower, we have a drink and talk for a few minutes in the kitchen. Brad doesn’t have a lot to say, and it doesn’t matter. I ask him why his skin is so sensitive. He smiles a slightly shy, dazzling smile, and replies ingenuously: “I guess that’s something I get from my mother.”

Everyone says goodnight, Rick drives Brad home, and I change the sheets, which are a mess, but that’s why God invented washing machines, isn’t it? Then I make up Rick’s bed and leave a chocolate for him on the pillow, as at any good hotel. That’s the very least he deserves.

Counting my blessings, I’ve determined that Rick has gone St. Valentine one better. His behavior is not exactly saintly, and he has no inclination whatever to become St. Rick. Nor does this have anything to do with sentimentality or sweethearts or Victoria’s Secrets or heart-shaped, red candy boxes. Nonetheless, Rick’s generosity, charity and cleanliness are beyond, if not above, godliness, and tonight’s gift was as unique, unforgettable, and spontaneous as it was – how shall I say? – deeply appreciated. Furthermore the night before Valentine’s Day is not yet over, and tomorrow night, if we choose, there’s still plenty of time to Go Out!