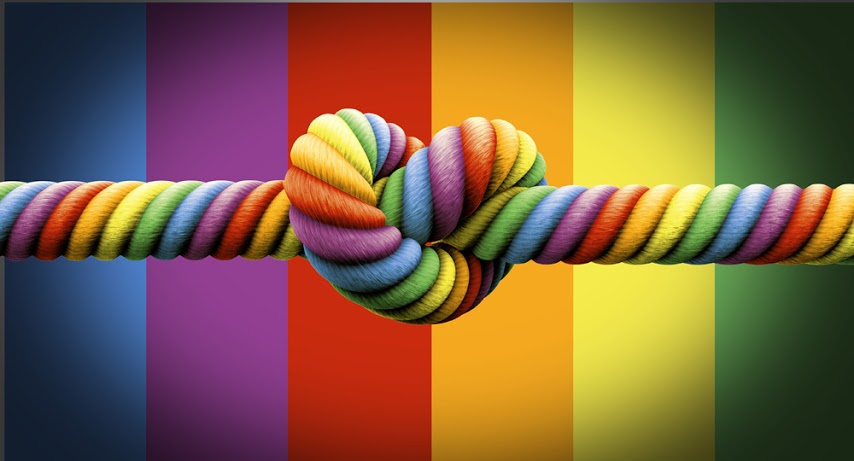 Socrates and Plato made no bones about their homosexuality. Shakespeare and Michelangelo’s greatest love sonnets were addressed to young men and Julius Caesar was referred to as “every woman’s husband and every man’s wife”.

Few people refrain from acts of sexual gratification during their entire lives. While most experience sexual activities with members of the opposite sex, some partner with members of their own, and a small proportion interacts sexually with members of either gender. A number of others derive pleasure in putting on clothing generally considered appropriate for the other gender for reasons that include sexual satisfaction. Regardless of the types of sexual activities an individual may favor, most remain within their customary sexual preferences. A common myth asserts that one can readily identify adult male homosexuals based on their physically effeminate traits and lesbians based on their masculine appearances. In fact, most homosexuals display no distinguishable physical differences from heterosexuals. However, when they become socially visible—which many now do—the society in general makes the distinction because gays and lesbians are seen to perform homosexual roles. This has resulted in the marginalization of these individuals as they frequently become targets for social stigma and rejection due to their differences from the heterosexual orientation of the majority of society.

A good case in example is that of Angie Zapata who was brutally killed two weeks shy of her 19th birthday. She was beaten to death with fists and a fire extinguisher. Her killer, Allen Andrade, met her on the Internet and they decided that would meet for a sexual encounter. However, Andrade turned violent and struck her repeatedly when he discovered Zapata was biologically a man. He was charged with first degree murder of a transgendered person. During the trial, the jury listened to numerous jailhouse phone conversations, including him telling a girl friend that “gay things must die”. Andrade was subsequently found guilty and sentenced to life imprisonment.

Such continuing intolerance of alternative sexuality stems, in part, from historical roots as shown from extensively documented attitudes toward homosexuality from medieval times. Repression of homosexuals spread in the thirteenth century as an unanticipated consequence of organizational reforms in the church and class conflict in society. This was later fuelled by campaigns for celibacy that encouraged condemnation of sodomists along with witches.

Thankfully in recent times, the pitch of public disapproval of homosexuality and transgenders has declined markedly as celebrities such as Neil Patrick Harris, the ever flamboyant Elton John, Carmen Carrera, and Ellen Degeneres have come out of the closet amidst media scrutiny and are educating the public that their sexual preference is a conscious effort and that we all reconcile our lifestyles by our chosen and adopted set of values. Instead of trying to determine the science behind alternative sexuality and to correct the “deviant” gene, let us take this opportunity to celebrate Lesbian, Gay, Bisexual and Transgender Pride Month (LGBT Pride Month) this June and to embrace and respect our loved ones for the choices that they have made.

You may also like...
Related Topics:Kathy W, LGBTQ, Special Feature

How is Grindr Changing Gay Men’s Dating Culture?
I Do, Do You?
Advertisement