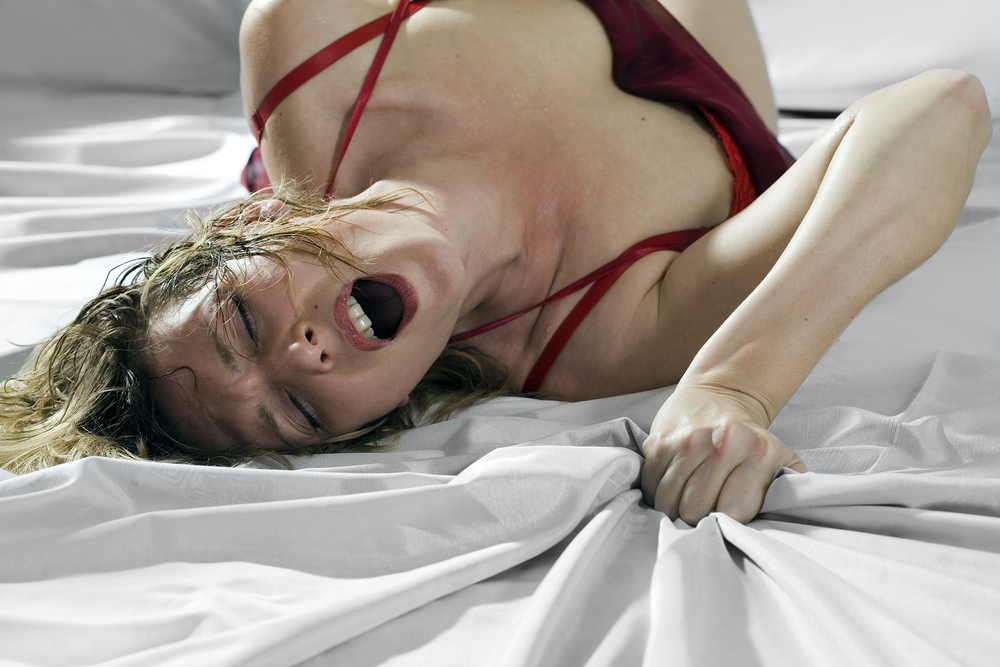 Forget pain relievers – have an orgasm instead!  Self-medicating with an orgasm can cause relief from severe headaches, generalized muscular pain, and even a migraine.  If you have one at the beginning of your migraine it is possible at times to stop it from progressing.  Orgasms are also amazing stress relievers.  Of course when you are in pain you may not feel like having sex but using it therapeutically can be very beneficial.

Sex releases endorphins, the body’s natural painkillers, which helps manage pain – causing a 70% pain decrease on average.  Who wouldn’t want to have an orgasm over taking Aspirin or Ibuprofen?

When you have an orgasm it has a natural pain killing effect on the body.  Immediately before orgasm, levels of the hormone, Oxytocin, surge to five times their normal level.  This activates the release of endorphins, which alleviate the pain of everything from muscle pain to arthritis and those irritating migraine headaches.  For women, sex also prompts the production of estrogen, which can reduce the pain of PMS.

A research study showed that orgasm induces elevations in blood pressure and pulse, as well as neurotransmitters and hormones responsible for mood.  Sexual arousal stimulates vital hormones in women that lead to more intense orgasmic response and feelings of sexual desire.  Oxytocin is a chemical hormone that increases during orgasm in both men and women.  It has been reported that oxytocin levels increase in association with massage and with positive emotion, but decreased in relation to sad emotion.  Social stimuli are thought to cause oxytocin release, and as a result make positive social contact more rewarding.  A 20-second hug can be enough to stimulate oxytocin release and bring about a change in emotion.  Oxytocin enhances the level of subjective arousal and pleasure when women experience orgasm, and have an effect similar to endorphins, which play a role in the human sexual response.  Either way, the release of oxytocin during the sexual response has pain-relieving benefits.

Emotional withdrawal can be the result of emotional pain and sometimes depression.  The symptoms are lack of energy and fatigue.  If a person is in pain it restricts the ability to reach out emotionally, it depletes one’s energy and impairs physical ability to participate socially.  This leads to social deprivation and loss of interest in activities.  This can develop into a loss of self-esteem.  Emotional withdrawal is both the cause and effect of fatigue, pain, and social deprivation.

Happy social interplay is energizing.  Who doesn’t like to play?  It distracts the perception of pain, and enhances the sense of self-esteem.  Sexual interplay is the most intimate and meaningful of social interplay.  It is the most powerful remedy for the de-energizing loss of self-esteem.  Consider different positions and methods of providing sexual pleasure with a partner.  The capacity for natural enjoyment is impaired by the loss of self-esteem, physical difficulties, and pain.  The best support and medicine is a loving, caring sexual encounter that can be practised frequently!

SEX DOES THE BODY GOOD!

Studies report that having sex even a few times a week can lead to overall health benefits including:

Is it possible to have too much sex?

Good news ladies!  For women, probably not, for men, yes!  University of Bristol researcher, Dr. Claire Bailey, says that there is little to no risk of women having too much sex, in fact, regular sex improves posture and firms your thighs and butt.  For men, the penile tissues can sustain damage from too rough of sex and overuse which can lead to permanent damage.  Viagra and Levitra are drugs that give men more staying power than is actually good for them – being sexually active is healthy but putting too much demand on the body can sometimes be physically more than the body can handle.