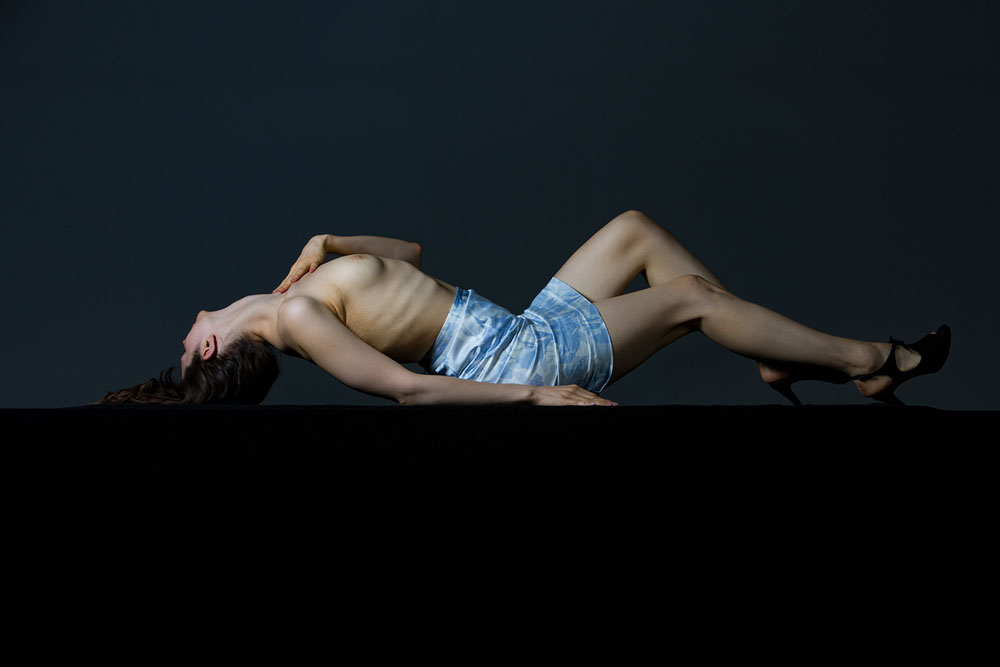 She finally finished her project she’d been working on the last two weeks. It was right on time. Her company needed her work to launch the new website. 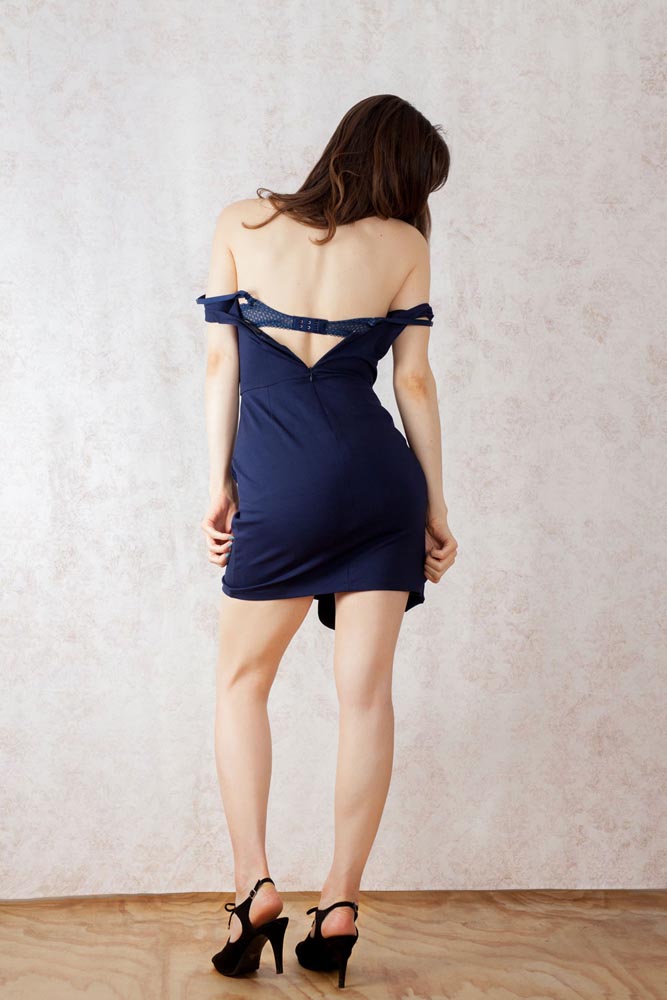 Leijla secured her strappy high heels to head home. She undid them when she was working at her desk because they were uncomfortable. It was something her coworkers sometimes teased her about, but she didn’t care. She worked more efficiently when she wasn’t distracted by the straps of her shoes digging into her ankles.

Today her shoes were paired with a blue knee-length sweater dress. It softly clung to her delicate curves to highlight her slender, toned body. Her physique bordered between a model’s slight figure and one of a strong, defined athlete. With her unusual height of 5’8”, her body got a lot of attention from men.

As Leijla stepped into the elevator, she realized she didn’t want to go home. Not yet anyways. She decided to stop at the restaurant downstairs. Though Leijla loved to cook, she also enjoyed trying new spots in the city. The restaurant’s menu appealed to her love for healthy food that didn’t taste like it.

Leijla walked in and requested a table near the window. She enjoyed people-watching while she ate dinner. After pouring over the menu, she decided on the Moroccan Spiced Chickpea Cake and house-made ginger ale. She saved drinking alcohol for when she was socially obliged.

Waiting for her dinner to arrive, Leijla sipped her drink and observed the pedestrians. Most were in a rush, eager to get out of the evening chill. Then: an anomaly. A man peacefully strolled down the side of the street. He was looking away from Leijla when he first caught her eye. As she continued to watch him, he turned his head to look in the restaurant. Right at Leijla.

His eyes absorbed Leijla’s full demeanor and then fixed on her eyes. It was alarming but she didn’t look away. They looked at each other before Leijla broke the connection to take in his appealing body more thoroughly.

The stranger had a unique handsomeness about him that was difficult to describe. He wasn’t the typical attractive. Even so, he was interesting. She noticed the urge to run her hands along his body.

When Leijla looked at the man’s face again, he head was slightly cocked and hosted a faint smile on his lips. Of course. He’d caught her staring at his body. Leijla’s own luscious lips upturned in half embarrassment and half delight.

“Moroccan Spiced Chickpea Cake?” The interruption was her waiter, holding a plate of steaming food.

Leijla turned to the window to find the man gone. But before she could taste her dinner, the stranger startled her by slipping into the opposite chair.

“You’re not waiting for anyone, are you?”

“Um, no…” was all Leijla could muster. His presence was such a surprise it prevented her from offering anything else.

Leijla contemplated. She didn’t know this man. Even so, what could be the harm of having dinner with him? He seemed pleasant, she didn’t have a boyfriend to be jealous and Leijla was intrigued by confidence.

“It’s a pleasure to make your acquaintance, Leijla.”

The next two hours flew by. They entranced each other. They were both smart, successful and intelligent. The flirting flowed easily from their initial handshake to when it was time to depart.

Leijla didn’t want to say goodbye. Jack’s energy was addicting and he wasn’t bad to look at either. She longed to touch his hand, his shoulder, anything. She wanted to bridge the space between them. She’d accidentally stroked his leg a few times during dinner.

They had just met, though. It wouldn’t be appropriate to ask him back to talk at her place. She didn’t even know his last name.

As fate had it, his phone ran out of battery at the restaurant. He couldn’t call a ride to get home without it. Leijla allowed him to come back to her apartment to charge his phone so he could do so.

The electricity between them escalated during the ride to Leijla’s apartment. Leijla’s leg rubbed against Jack’s as the car raced through the city. Every time they touched it was a miniature shock to her system.

“Is this it?” asked the driver.

Leijla was taken out of her fantasy by the voice of the driver. She confirmed this was her building as they got out of the car.

They were there to charge his phone. That’s it.

Despite knowing this, Leijla’s body tingled with excitement. She wanted warm hands to caress her angelic skin. She longed for her petite breasts to be kissed and touched. She longed to feel a man deep inside her as she found ecstasy on top of him.

Jack and Leijla made their way upstairs. The pair sat down on Leijla’s comforting couch as they waited for Jack’s phone to come to life. Before that could happen, the passion between them did. The electricity between them had reached its limit.

It wasn’t long before Leijla and Jack weren’t sitting anymore. They excitedly began to dance horizontally, first with their clothes on.

Too soon and yet not soon enough, Jack and Leijla’s warm bodies were rubbing one another. Leijla’s light, lean body was perched on top as Jack laid out on the couch. Leijla greedily stroked Jack’s generous, firm penis. 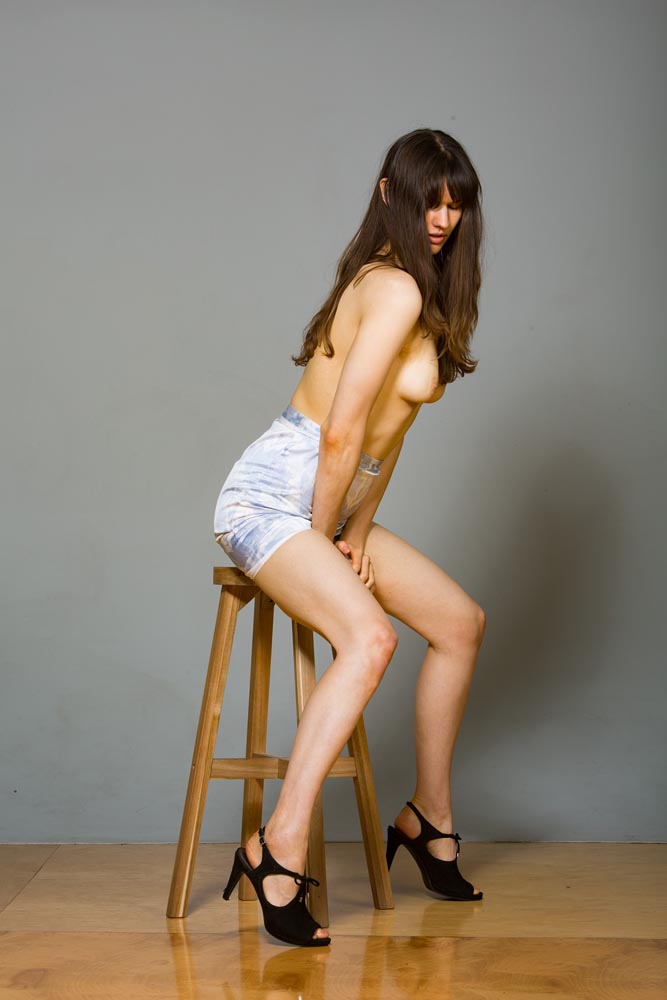 Leijla’s sighed as he tickled her rosy, erect nipples with his hands and lips. She could barely remember to reciprocate the pleasure while he did so. His warm mouth and fingers felt so good.

Her insides ached as she imagined how good he would feel inside of her. She refused to rush, though.

Jack’s manly hands stayed at her breasts as Leijla scooted back. She slid the tip of his dick into her mouth and teased him. She gradually fit the whole thing in and gave him a long, sloppy suck. He moaned and sighed in pleasure as she did so, which fueled Leijla’s enthusiasm.

She licked him as long as she could wait.

When her insides screamed to feel Jack inside of her, Leijla reached into her purse to grab a condom. Leijla ripped off the plastic and hurriedly fit the latex over him.

Leijla could tell that having sex with Jack was going to be amazing.

“You feel amazing,” he breathed into Leijla’s ear. She was tight against his large member.

“You do, too,” she replied breathlessly.

Like the oral pleasure, Leijla enjoyed Jack slow at first. Sometimes Jack nibbled at each Leijla’s pouty lips. Other times he licked her cute breasts as she grabbed his hair and thrust up and down.

She slid off his wilting cock and they briefly laid in blissful silence. A buzz brought the two back to the present situation.

Jack picked up his half-charged phone, the source of the noise.

“Ah, it’s a calendar reminder,” Jack chuckled. “I have an early flight tomorrow morning.” He paused before he continued, “I’m going to head off.”

He dressed in his sharp slacks, button-down and jacket. Leijla popped into her room to cover up with her silky kimono.

“I had an unbelievable time tonight, Leijla. And that’s not just because of the last 30-minutes,” he chuckled. Leijla laughed with him in agreeance.

“Can I get your phone number? I’d enjoy another dinner together.”

She smiled and nodded. She took his phone and entered her contact information. She added a single emoji kiss by her name.

He left and she fell into bed. Both Jack and Leijla slept soundly as they dreamed of their next encounter.

I’m Leijla Foss: your smart siren, cunning companion, talented tease, curious concubine, passionate paramour and darling date. I offer the best of sweet and exciting. Let me be your sweet escape and satisfy every need, wish and fantasy.

Tours:
I’m touring Boston/NYC in December. I’ll be in Boston early December and NYC mid-December.
If I’m not in your area I fly to any city for 6+ hour dates, travel expenses covered by me.

I'm Leijla Foss: your smart siren, cunning companion, talented tease, curious concubine, passionate paramour and darling date. I offer the best of sweet and exciting. Let me be your sweet escape and satisfy every need, wish and fantasy.