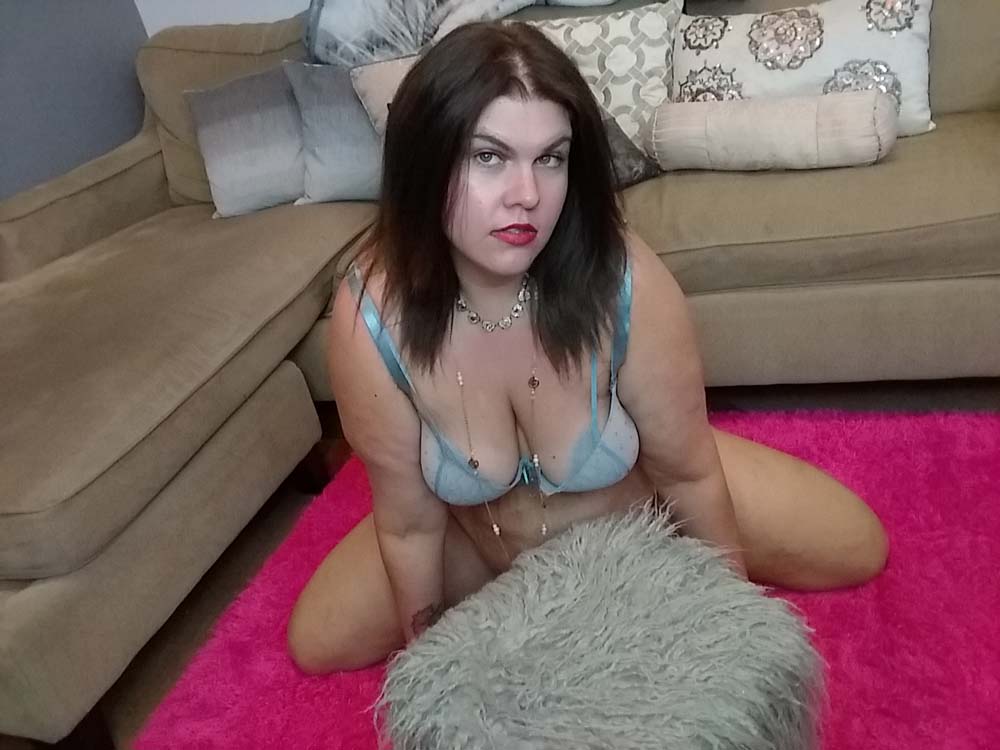 Danni awoke at 7:30 am as she did every weekday morning. She checked her phone and said, “Oh, I forgot I had that doctors appointment at 1:00 pm. Now I need to change my entire afternoon around. Oye!”  Danni got her naked, curvy body out of bed and headed to the shower. Soaping herself up, starting at her neck and moving down to her large D cup breasts, she massaged soap all over them and  worked down towards and around her stomach, and between her thick thighs before heading down her legs. The curves of her body always ample luscious and voluptuous. Danni loved her curves and as she began to rinse off her hands, began to massage her breasts . Playing quicking with her nipple rings, her hands began to move back down over her stomach then down towards her bare bush. Her fingers of one hand began to massage her clit, the other moved back up towards her breasts. With slow gentle circles she brought herself to orgasm.

Her orgasm felt good but she still wasn’t feeling satisfied. Since her breakup with Rob, Danni felt empty and not as vibrant and sexy as she once did. She was having more than a dry spell. It had been almost two months since she had felt the touch of a man. Danni began dressing herself, picking a casual pencil skirt that hugged her curves, and always made her long legs look great.  She paired it with a white button down top. Her breasts were always ample through her top. She finished her makeup and hair, headed to her car and drove to the office. As an office receptionist, she was always proper and well spoken. She worked away answering calls and taking messages for her boss until the noon hour arose.

At noon she left her job and headed in the busy Los Angeles traffic to her doctor’s office. “God I hope this appointment is quick. I hate spending so much time just for a checkup. I always spend more time waiting then being seen,” she thought to herself. Once inside the office, she was told by the reception person that her regular doctor — Dr. Samantha — was running very behind with her patient schedule. The receptionist asked if Danni would like to see the new doctor who joined the practice. Danni looked at the receptionist and said, “I will see whoever is available the fastest.” After waiting 30 minutes, Danni was finally called into the office. The nurse asked her to undress into the paper robe and was told the doctor would arrive shortly to start the exam.

Danni stripped down and covered her luscious curves with the paper robe. She sat on the table and waited. A few minutes later, there was a knock on the door, and this tall slightly older gentleman appeared. He introduced himself as Dr. Vince Taylor. Danni shook his hand and began answering his medical questions. Dr. Taylor approached Danni and asked her to lay down so her could began his exam. Eager to leave the office, Danni quickly laid down on the table. Dr. Taylor began to listen to her heart and lungs through his stethoscope. The stethoscope was cold and his touch was firm yet gentle. As he moved the stethoscope around, Danni inhaled and exhaled as requested. His firm and gentle hands moved around her neck as he continued his exam. 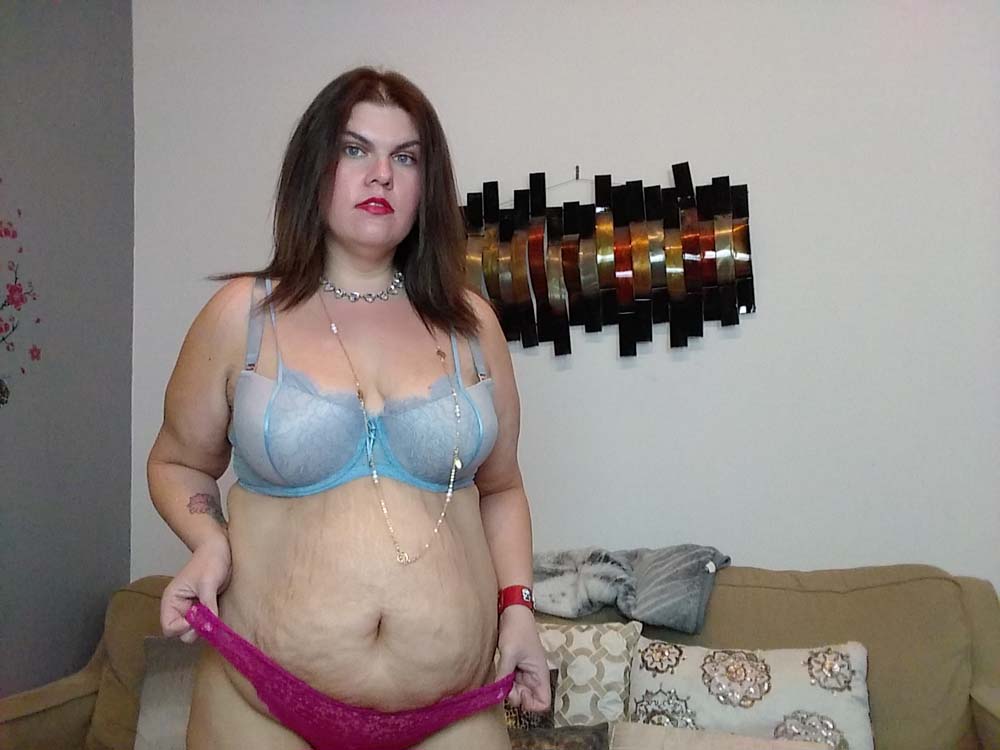 Danni moved her neck as he requested, enjoying his hands upon her neck. She found herself getting slightly aroused by his touch, though he continued to remain professional. His hands moved from her neck to her stomach. Her large breasts held down still in her bra. As he touched her stomach pushing around gently she began to feel more aroused and wish his hands would wander down her stomach. Her mind became puzzled by why she was suddenly aroused.  It had been two months since she had felt the touch of a man but it made little sense to her why it was happening suddenly during the strangest time. Dr. Taylor remained focused on  the exam, talking in his deep firm voice about medical mobo jumbo. Danni found herself in a glaze and her panties were suddenly getting wet from his touch. He removed his hands from her body and walked over and sat down making notes on her medical chart. Danni still glazed out continued to lay there.

She quickly sat up and tried to pull herself together. “Yes,” she replied. “What’s next?”

He handed her a lab slip and said he wanted to have some routine labs done but everything so far looked good.

She took the lab slip from his hand, and placed it down and suddenly grabbed his hand and placed it under the paper robe on her D cup breasts, which were still covered by her bra. Dr. Taylor had a very surprised look suddenly on his face. Danni moved her covered breast more towards his hand wanting to feel his gentle yet firm touch. As his hands touched her breast, he quickly pulled away. “Ms. Dawson,” he said. “I can’t,” and put his head down.

“Is there anything else you need my help with?”

Danni removed her paper robe showing off her sexy curves still hidden by her bra and panties. Dr. Taylor lifted his head up, still surprised by Danni’s advances on him. Looking at her curves, he responded, “You’re a beautiful girl, but I just can’t. I could get in a lot of trouble.”

Danni got off the table and walked towards Dr. Taylor, unclasping her bra. Her bra quickly fell to the floor, letting her D cup breasts hang down. She placed her hand upon his and said, “But I want you too,” again grabbing his hand and placing them on her large breasts.

Her panties began to become wet as he gave to caressing her breasts, as she requested. She then took his hand and moved it down her stomach. Her pussy was so wet from his firm yet gentle touch. Dr. Taylor again suddenly stopped. “Ms Dawson, We shouldn’t be doing this.”

She leaned over and whispered in his ear. “Please, doctor?”

She slowly moved his hand down her stomach and into her wet panties. His khaki pants began to bulge as Danni moved his hand between her wet pussy lips.  She gently moaned as his fingers massaged her wet pussy. Her hand reached down towards the bulge in his pants and she began rubbing it through his pants. Dr. Taylor quietly moaned as Danni’s hand rubbed him up and down. His fingers slowly moved in and out of her wet pussy. Danni enjoyed in excess rubbing his bulge more through his pants. She removed her hand from his bulge and pulled her wet panties down. Laying back on the table she gave Dr. Taylor an inviting view of her sweet wet pussy that desperately wanted his cock.

Dr Taylor walked towards her and said, “Ms. Dawson, is there something you want me from me?”

She blurted out, “Your cock. Dr. Taylor please fuck me.”

Dr Taylor reached for his belt, unbuckled it, and then undid his pants. He moved towards Danni and pulled down his khaki pants. His briefs were bulging from his extremely hard cock. “Please, Dr. Please,” Danni begged again.

Dr Taylor pulled down his briefs and slid his cock between Danni’s wet pussy lips, pushing himself deeply as she moaned.

After tasting him, she sat up. “Thank you,” the doctor said.

She replied, “I’m not sure what came over me. “

“For me too,” she replied. Maybe we could do it again?” she asked. “I could have you over to my place.”

Dr. Taylor pulled himself back together and started to exit the room. “Thank you, Ms. Dawson. It’s been more than a pleasure,” he said.

Danni agreed he was more than a pleasure in many ways.