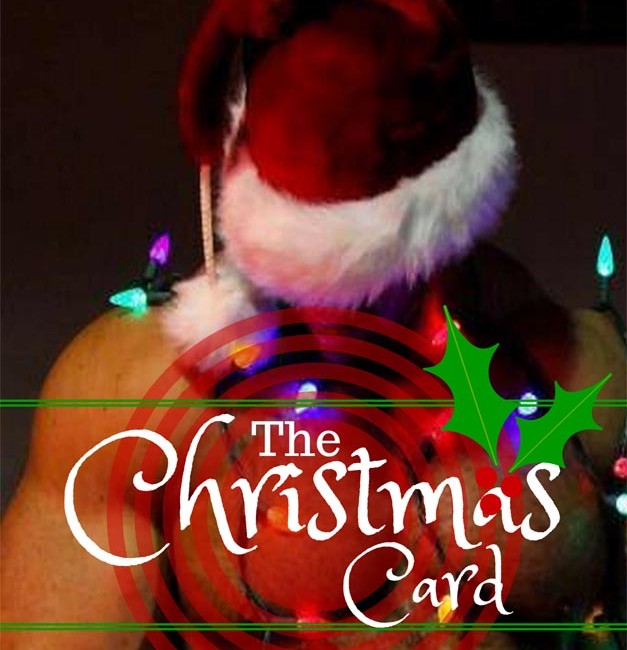 Billie hands his partner, Glenn, his Christmas card, a picture of them in scant underwear taken years before when their bodies were younger. Billie requests they undress and get into the same underwear, depicted on the cover of the card for a night of frolic. When the Christmas carols begin to play on the stereo, Glenn is surprised by the four bartenders from the new bar, My Man cave, holding large Christmas ornaments in front of their naked bodies to assist in decorating for Christmas. Can Glenn hold out for the final celebration in bed with Billie? 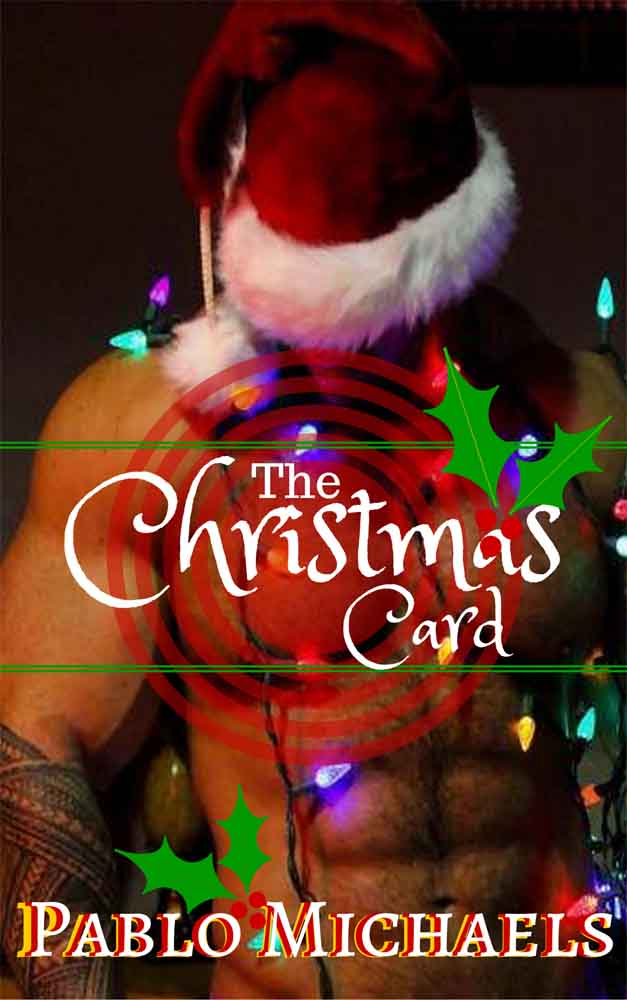 “Open this and you’ll find out how I’m trying to be good this year.” Billie handed Glenn an envelope.

Glenn opened a Christmas card. “Oh, no. This is the picture of our first Christmas together. You were really devious that year. ” But he was still suspicious of Billie’s intentions. “Where’d you find this picture?”

“Never mind. Why don’t you give me a kiss? Just like you did under that mistletoe in the picture?”

“You have to wear some underwear like you did that day.”

“That’s a definite possibility when we get home. But only if you wear a red jockstrap.”

Glenn ignored his comment, studying the cover of the card more carefully, while Billie paid the waiter.

On the drive home from the restaurant, Glenn reminisced over the first Christmas they had spent together fifteen years ago. Billie had hung mistletoe from a eucalyptus tree limb in the backyard of the house. He knew Billie had saved those Santa hats. They took pictures of each other, grasping a branch that suspended horizontally, dressed in only red Santa hats and festive underwear, Glenn in his red jockstrap and Billie in thin, red silky briefs. Of course, that was many years before when they were much younger, very much in love, and willing to do almost anything sexually bold.

“I suppose you hung mistletoe from a tree in our backyard?”

“No, but there is some hanging above the steps in the dining room. We can take pictures again for our Christmas cards next year.” Billie parked the car in front of their house.

They walked into the house, everything was festive inside, except the tree which had yet to be decorated.

“How much did you have to beg or do for whoever helped you for your Christmas gift?” Glenn opened the card again. He remembered the chill of the cold December air rushing around and through him, especially since he had been dressed only in his seasonal, red and white jockstrap that first Christmas. “I’m getting cold just thinking of that first Christmas.”

“Not a thing, when I said it was for you. Don’t you think I’d be sizzling hot in a pair of underwear you like so much?” Billie bragged about the low-cut red briefs he had worn that year, purposely to taunt him. Glenn preferred the satin-smooth nylon fabric. The thin silk-like fabric aroused him. He liked to feel Billie’s dick hardening through the flimsy underwear. “Yes, you would look enticing. I don’t believe your gift didn’t cost anything.”

“I’ll be right back.” Billie interrupted him, escaping from Glenn’s inquisition, rushing to their bedroom. He quickly shed all his clothes and pulled out a pair of red boy shorts from the drawer in the dresser. The material was thin and soft to the touch. I know he’ll like these. He slipped them on and put on the familiar Santa hat. He pulled out a red jockstrap for Glenn and placed it on the bed next to the other Santa hat.

As he entered the living room, Billie flaunted his attire.

Read the rest of The Christmas Card and purchase it at http://amzn.to/1MXo23K