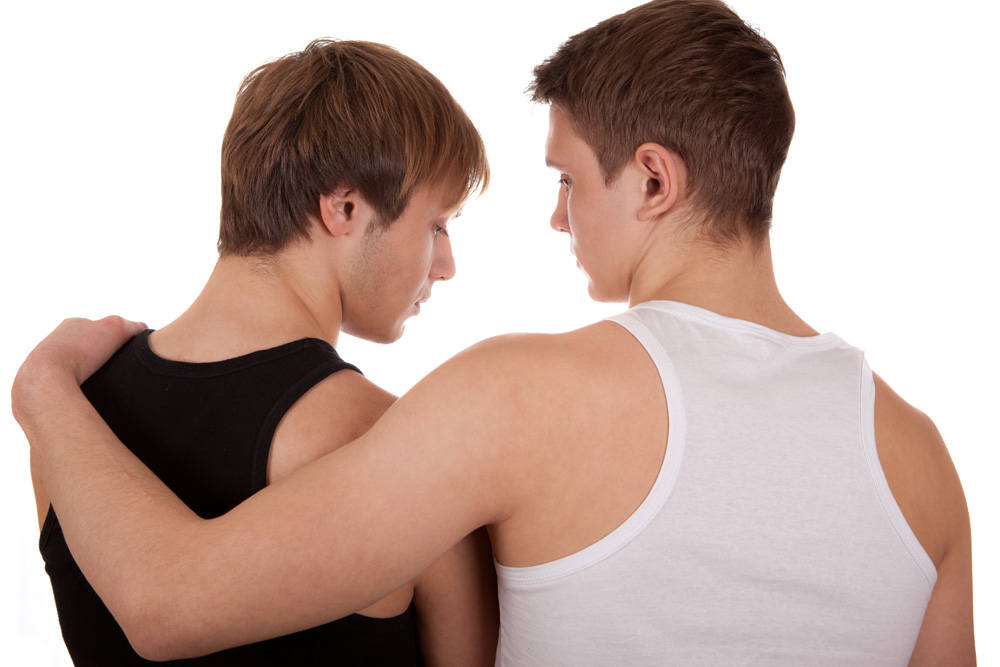 When I was in the closet for the majority of my teenage years, I was consumed with thoughts about my sexual orientation. It controlled my mind like a disease. I would think about it while conversing with others, while driving, at work and school, while watching TV, during dinner, while lying in bed at night…you get the picture. Furthermore, I always thought my family knew I was gay or had a suspicion. I was so paranoid that I even convinced myself that they talked about it amongst themselves behind my back.

How desperate was I to be heterosexual? When I blew out my candles on my 17th and 18th birthday, I wished to be straight. That’s how much I hated the thought of being different. I wanted nothing more than to just fit in and be like all my other friends and family. God had different plans for me though.

My life changed forever in the Summer of 2010. My older brother Ross, who lived in Arizona at the time, happened to be in Florida for a week on business. His impending presence filled me with terror because I made the most mature decision of my life, being that he would be the first person I would come out to and I would do it sometime that week. My brother is eight years older than I am, so growing up I never really had a relationship with him, since he left for college when I was in elementary school. I knew confining and coming out to him would bring us closer and it would unite us with a special bond.

Before I knew it, his week at home had come to an end and I still hadn’t come out to him. The night before his departure, he joined me in the TV room and laid on the couch, across from where I was perched in the lazy boy, practically shaking with fear. My parents had already gone to sleep and I knew this was my last opportunity to come out to him.

My breathing became shallow and my mind started racing as the thought of telling another person my deepest, darkest secret became very real. We watched TV in silence and eventually, he got up from the sofa, said good night and started walking to his bedroom. As he passed me, I stopped him and confessed that I had to tell him something important, outside. He gave me a perplexed look and than walked to his room to get his shoes.

Before I could muster up the courage to start talking, Ross broke the silence and asked, “did you get a chick pregnant??” I looked up at him and said “hypothetically speaking, if I died tomorrow and there was one thing you wanted to know about me, what would it be?” “I don’t know man, nothing” he replied, blank-faced and confused by my question. I held back the tears and released the secret that kept me prisoner to my own mind for far too long. For the first time in my life, I admitted to liking guys.

A surprised “WHAT?!”, followed by immediate support and reassurance that my brother still loved me, was the best reaction I could have asked for. We talked outside for two hours that night and Ross asked me all sorts of questions, processing all the information and validating that everything was going to be okay. The best part is, he was right. I went to bed that night with the most unfathomable amount of mental and emotional weight lifted off my shoulders. My soul felt liberated. Coming out was the scariest, most emotional and vulnerable moment of my life, but it was also the most life-changing, courageous and rewarding.

No matter how isolated you may feel in the closet, how broken your heart may be or how dark life may seem, never let go of hope. There is light at the end of the tunnel. Over the last few years, I’ve come to the realization that being different is beautiful and I didn’t choose to be gay, I just got lucky.

This article has been republished with permission from Jeremy Mannino.

You may also like...
Related Topics:Coming out, Gay, LGBTQ