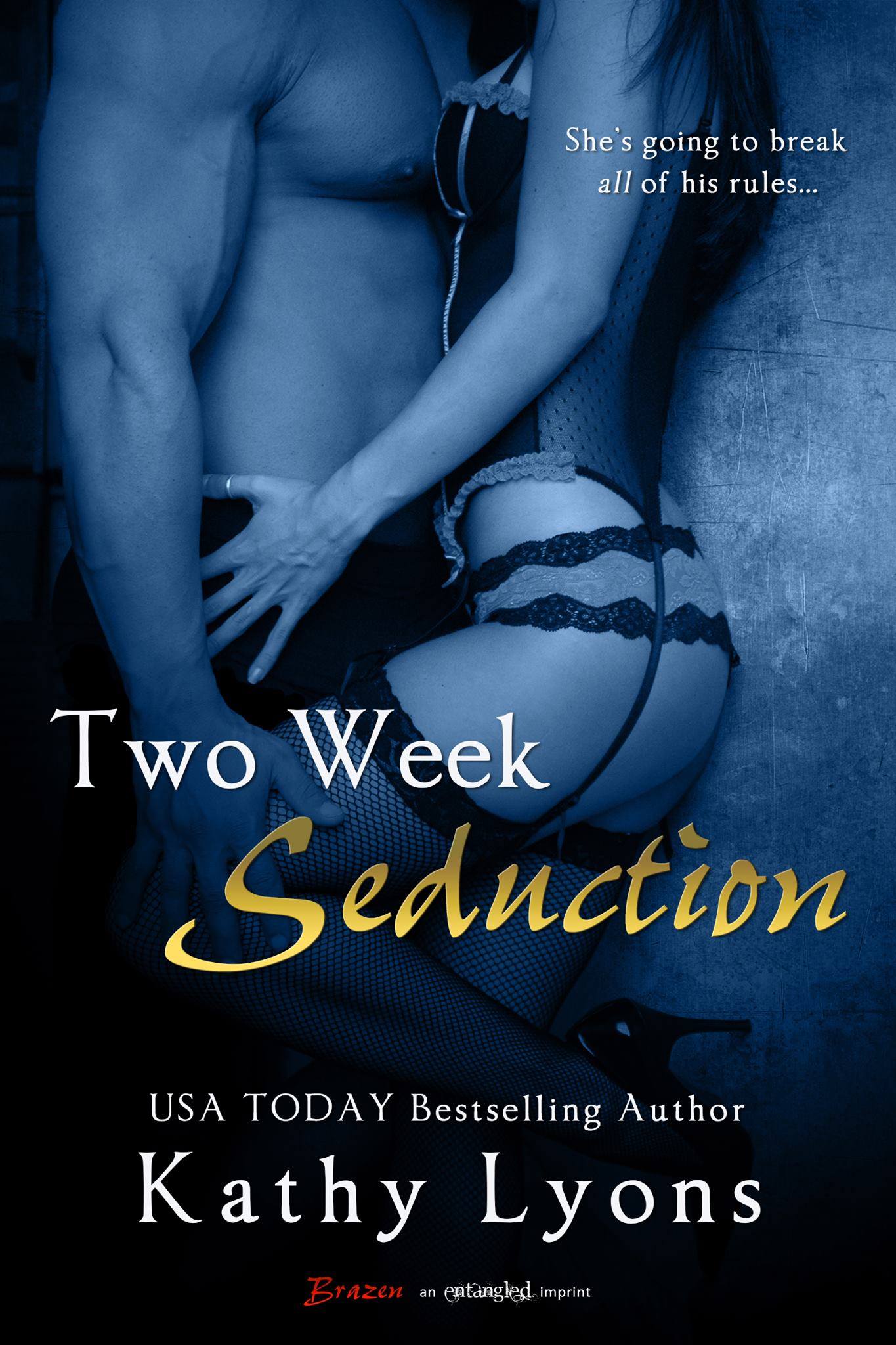 She’s going to break all of his rules…

Tech Sergeant John O’Donnell was never fond of his hometown. Too many reminders of poverty, his rocky family life, and the girl he was never allowed to have. Now he has exactly two weeks to sort out his mother’s finances before he heads back overseas. Two weeks that he’s determined to spend as far from his best friend’s little sister as possible.

Alea Heling has a naughty streak a mile wide. Sweet and simple? Boring. She’s been craving a bad boy like John since their wild days together in high school, and this time, she’s not taking no for an answer. But with every panty-meltingly hot encounter, Alea forgets one hard, cold reality—this soldier won’t let a fortnight turn into forever…and forever might be exactly what they both need.

“Thank you for your help,” he said. His voice was rusty, but clear enough.

She gasped in mock shock. “He speaks! Five words and it wasn’t rude!”

Against his will, his lips twitched. She always could make him smile when he least wanted to.

She leaned forward, a mischievous twinkle in her eyes. “Let’s try something else. I know it’s dangerous—I mean, your head might explode or something—but I say we risk it. Give me a compliment.”

She tsked. “That wasn’t a compliment. You’re supposed to say something nice. About me.”

He didn’t answer. Mostly because he was thinking of all the things he wanted to say. That her skin looked soft and her eyes were a changeable hazel that always kept him guessing. That her tits were round and full, just begging to be nipped. That she was small compared to his 6’3″ frame, but she had legs long enough to wrap around his waist as he buried himself inside her. And that red hair, a bright red flash of color on her perfect body, was a scream of danger he lusted after.

While those thoughts spun through his mind, her expression soured. With a sigh, she grabbed his empty beer bottle and held it before his eyes. “Say something nice to me and I’ll get you another beer.”

She shook the bottle a little to grab his attention. It didn’t work. He was too busy watching how the breeze pressed her blouse flat against her chest. Her bra had lace, which meant texture, and he wondered what sound she’d make if he tugged it back and forth against her nipples.

Her mouth flattened with a sigh. “I thought you’d like it.”

Alea leaned forward as she pushed to her feet. A curl of brown hair tumbled forward, pushing past the tiny gold hoop in her ear to dangle right before him. Without thinking, he grabbed the lock, winding it around his fingers. It wasn’t even long enough to pull into his fist. But it was close enough to hold her still. Her eyes widened in surprise and her mouth—those plump, pink lips—formed a perfect O.

God, he’d been gone so long. And she was so much of a woman now.

He wanted to say something, but he hadn’t the words. Just a thick want. He took a breath, trying to clear his head, but all he tasted on the air was her. A citrus scent, so appropriate to Florida and so missed when he was in Afghanistan. But there was another scent on top. The taste of woman, hot and spicy despite her demure yellow shirt.

He should let her go, but his fingers just wouldn’t cooperate. He tightened his hold. And when her hair started to slip through his grip, he pushed forward in his chair. He deserved one taste. He sacrificed so his country would be safe. One kiss was nothing when stacked up against that.

Loved what you read? Get the book at the following links today!

A USA Today Bestseller, JADE LEE has been scripting love stories since she first picked up a set of paper dolls. Ball gowns and rakish lords caught her attention early (thank you Georgette Heyer), and her fascination with the Regency began. And as a Taurus, she lives to pit a headstrong woman against a tortured hero just to watch them butt heads on the way to true love. Flesh wounds are rare, but the healing and laughter are real. Now an author of more than 40 romance novels, she finally gets to set these couples in the best girl-heaven of all: a Bridal Salon! This way she gets to live out all her wedding fantasies, one by one. (Let’s be honest, what girl has only one idea for her dream wedding?) For more on the Bridal Favors series, visit Jade on the web at her website, Facebook or Twitter by clicking below!