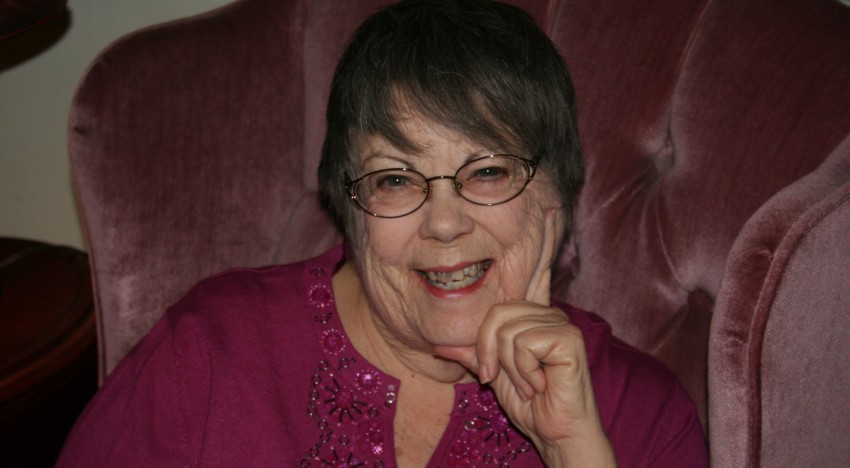 Due for release this January 15th 2014, I had the unique opportunity of getting to know Julie’s inspiration behind Dark Warrior and her passion for writing. 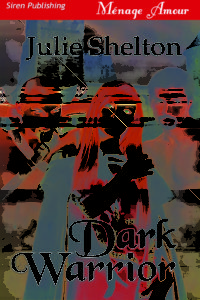 Mandy Tan:  Congratulations Julie on the upcoming release of your new book Dark Warrior, as well as taking the time out to answer a few questions on SimplySxy.  Please share with us about Dark Warrior and what readers can expect from it.

Julie Shelton:  Thank you so much, Mandy for having me on SimplySxy.  Dark Warrior is my third book to be published, but it was actually the very first book I sat down and wrote from start to finish—and that was over forty years ago!  Readers can expect a thrilling story about three people who find a love so powerful, so forbidden, it places them in extreme danger and forces them to make devastating choices.

Mandy:  What led you to writing Dark Warrior?

Julie:  I was in college and buried in research on the Middle Ages because I wanted to graduate “With Honors” and in order to meet the requirements I had to write a paper of at least 100 pages on any subject, although the paper had to be in French, since French was my major.  I had always loved the middle ages, so I decided to write my paper on life in a French castle during the 13th century.  While I was researching, taking notes on 3 x 5 index cards, one fact per card, the entire plot of Dark Warrior literally sprang into mind.  I couldn’t write it down fast enough—also on 3 x 5 index cards, one sentence per card.  The finished book filled two shoe boxes, which I lugged around with me for the next thirty years as I moved from place to place.  When I got my first computer in 2003, Dark Warrior was the first thing I transcribed onto my word processor.

Julie: Well, over the next thirty years, while Dark Warrior languished in its shoe boxes, I started keeping a writer’s notebook, which I carried with me everywhere, jotting down descriptions, thoughts, plot ideas, bits of conversations.  You know.  Everything.  In the meantime, I was a children’s librarian, then a professional storyteller and puppeteer, writing children’s stories, songs, finger plays, etc.  I also wrote what used to be referred to as a Gothic novel, as well as a teacher’s resource book on storytelling and making puppets.

Then I lost it!  The entire 385-page manuscript.  Wiped it clean out of my computer.  I was devastated. Moped around for months, despairing of ever being able to rewrite an entire novel.  And then one day I had to print something and the first page to come out of the printer was the 370th page of Loving Sarah!  The entire novel, except the last 15 pages was still in the print queue!  Needless to say, I decided to finish it and send it off to a publisher ASAP.

I picked Siren because they published many of my newly-discovered favourite authors.  You can imagine how thrilled I was when they said they wanted to publish it!

Julie:   Just put your butt in the chair and write.  And when you’re not writing, read.  Do your research.

Mandy:  What are your plans after Dark Warrior and is there a fourth book in the pipeline?

Julie:  There IS a fourth book in the pipeline.  I am currently working on a third book about Sarah, Jesse and Adam which will explore the growing attraction between Jesse and Adam.  It will be shorter than the first two.  Then I’m planning books about some of Jesse and Adam’s former SEAL buddies.

Mandy:  I am eagerly looking forward to reading Dark Warrior when it is out.  Are you able to share an excerpt from Dark Warrior to give our readers a taste of what is to come?

Julie:  I would love to share an excerpt from Dark Warrior.  Just be sure to have a fan and a pitcher of ice water handy before you read it, lol.

They stared at her, their hot eyes raking over her breasts, her belly, and the golden triangle of hair between her thighs. A hot flush stained her skin a delightful shade of pink, evidence of her acute state of arousal. And the fact that she was naked, while they were both still fully dressed gave her a feeling of deep disorientation. She was filled with such hunger, such love, such all-consuming need, she could barely stand.

Shivering, dry-mouthed, she watched Rolf’s expression as he reached out and touched her breasts with reverent fingers, his deeply tanned skin such a contrast to the soft creaminess of hers. His thumb rubbed across her hard little nipple and her face twisted, contorting with a mixture of love and lust so powerful, it presented more as pain than pleasure.

Spellbound, he watched his thumb dragging across her dusky nipple, his heated stare like fire brushing her skin. “By all the gods, yndling! Thou art bewitching, enchanting. Thou art perfection itself. And thy scent…” He leaned forward and inhaled deeply. “Thy scent is ravishing. Like the sweetest flower garden.” He covered her breast with his palm while his other hand stroked down her belly and cupped her mound, sliding his long fingers through the slippery furrow of her slit.

She gasped. It was almost a sob. Her body jerked and would have collapsed if Nicholas’s hands hadn’t come beneath her arms from behind and held her up.

“I can’t wait to taste thee here.” Rolf’s low voice was rough as sand, abrading her nerve endings, leaving her senses in chaos. Two wicked fingers found her weeping entrance and thrust up inside her hot, welcoming sheath.

Her throat closed on a yelp.

“That’s right, kaereste. Suck my fingers into that sweet dripping cunny of thine. Bloody Hel, thou’rt so tight! So hot. Thou art burning my fingers. I cannot wait to fuck thee with my tongue.”

She moaned, shutting her eyes helplessly.

Still fully dressed, both men walked her slowly backwards toward the bed, keeping her naked body sandwiched between them, Rolf’s hand still hard on her mound, fingers stroking in and out of her dripping cunt. “Odin’s beard, Nick, she is so wet! So hot!”

And, God help her, she wanted it. She wanted it more than she had ever wanted aught in her entire life.

Still holding her under the arms, Nicholas sat on the edge of the bed, pulling her up after him, scooting backwards until he was sitting on the pillows at the head of the bed, with her sitting in the V of his thighs. His erection was a hard ridge against her spine. He leaned back against the ornately carved headboard. Rolf’s hand left her sex and she let out a whimper of disappointment.

Nicholas’s hands moved to her knees, which he lifted and spread wide, draping her legs over his powerful forearms. The scent of her arousal filled the air around them. “Christ, beloved! You smell wonderful! So sweet.”

She sighed, looking down her body at Rolf.

Having removed his baldric, with its two lethal swords, he swiftly removed the rest of his clothing and leaned on his hands at the foot of the bed, wild and barbaric, the gold earring gleaming dully in the firelight. He was the epitome of a Viking raider preparing to ravish his helpless captive.

Kathryn’s lungs seized, her eyes riveted to the primitive symbols marking his bronzed skin. The scything blades on one bicep, the Celtic knot on the other…Blessed Virgin! She’d never seen aught like them before. They made him seem completely pagan. Barbaric. He grinned and her heart stopped beating. She was suspended in time, unable to move, unable to breathe. Unable to think. She was in the grip of an arousal so intense, every part of her body was throbbing with uncontrollable lust.

Licking his lips, a gesture that had her hot juices flowing out onto the sheets, Rolf started to crawl up the mattress toward her, toward that swollen, dripping sweetness between her legs, pink and juicy and throbbing with need. He was grinning, a diabolically wicked grin that stole her breath away.

She tried to swallow but her mouth was as dry as dust. “Nicholas!” It was a squeak. A frantic cry for help. “This is going to kill me!” Rolf was still crawling up the bed, inexorably closing the distance between her old life and the ramifications of this terrifying new journey they were all embarking upon.

Nicholas was chuckling. “Only if ’tis possible to die of pleasure.” He paused. “Let him pleasure you, beloved,” Nicholas whispered in her ear. “Just lie in my arms and enjoy his mouth on you, while I watch.”

“I cannot wait to taste that beautiful little cunt,” Rolf said in a rumbling growl, his glittering eyes still holding her captive. “I have been dreaming of this since the moment I first laid eyes on thee, min skat. It has taken every ounce of discipline I’ve had not to put my hands on thee. And now I get to put my mouth on thee.” He grinned. “Life does not get any better.”

Mandy:  Thank you very much for your time Julie, I wish you all the best for Dark Warrior and am sure it will be a great success.

Dark Warrior will be released on January 15th 2014.  You can purchase it at www.bookstrand.com/dark-warrior.  If you buy it by January 22, you get a 15% discount!  For more information on Julie and her books, you can visit her website at http://www.juliesheltonauthor.com

You may also like...
Related Topics:Erotica, Interview, Julie Shelton