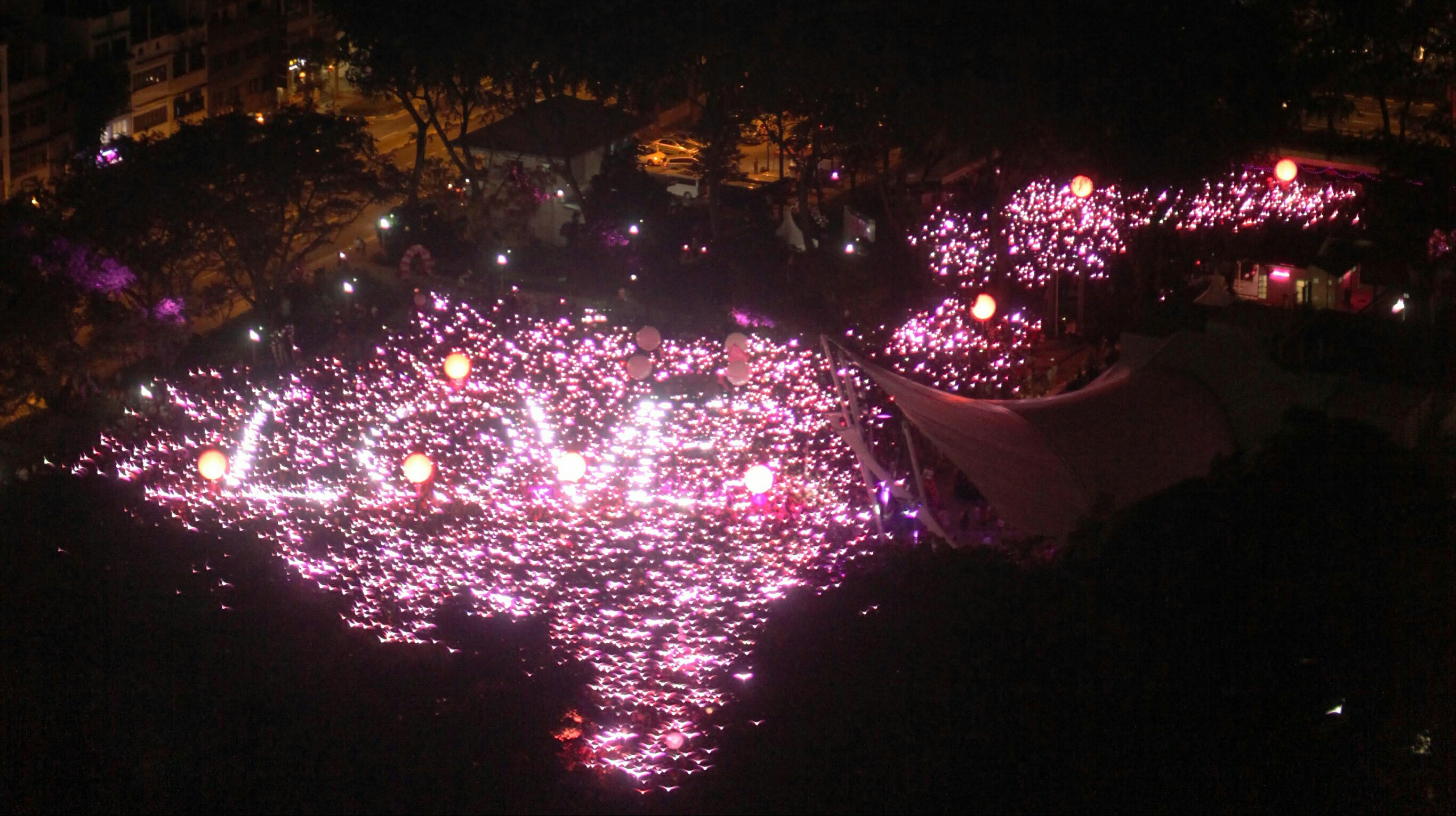 More than 28,000 people gathered at Hong Lim Park to celebrate the freedom to love at Pink Dot 2015 last Saturday. The success of the event was due to the massive support from the public as well as local business and corporate sponsors. Twitter, Bloomberg and Cathay Organisation joined the returning sponsors Google, Barclays, Goldman Sachs, BP, J.P. Morgan and The Gunnery. Local shops and outlets such as Settler’s Café, Elevate Gym, Asia Wine Network and D’Bell Singapore threw on their pink hats to form a new ‘Pink Street’ where people could enjoy drinks, food, make friends, and purchase Pink Dot merchandise. 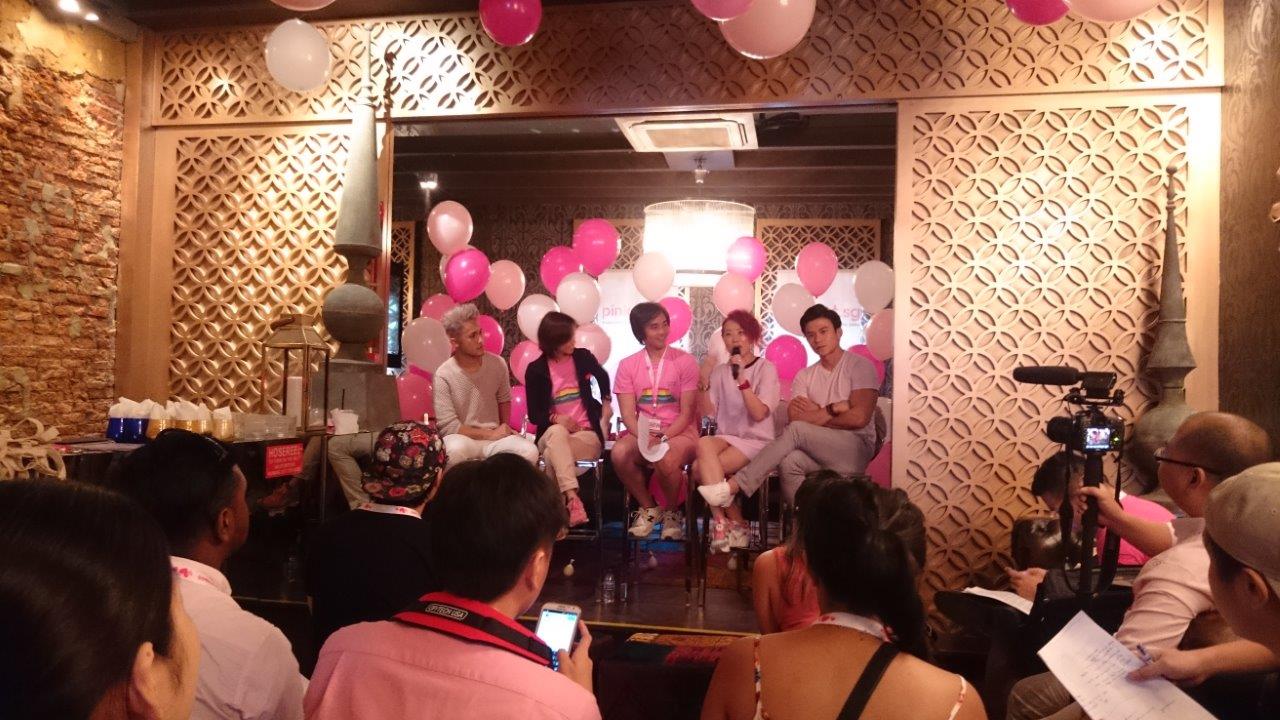 During the press conference, there was a discussion on the verdict by the Court of Appeal rejecting the constitutional challenges to Section 377A of the Penal Code in October 2014, which criminalises physical intimacy between men. Local artist and Pink Dot’s 2015 ambassador Patricia Mok shared her interactions and experiences with families with a queer family member. She mentioned that many older generations whom she has interacted with believe that love is love and people should be left alone with their choice on who to love. Radical religious groups aside, why is the large amount of support that we are seeing contradictory to the claims by the state that Singapore is not ready for the LBGTQ community.

This contradiction had me wondering if the state is indeed ready. Hirzi; one-half of YouTube comedic duo Munah & Hirzi and Pink Dot’s 2015 ambassador, mentioned that they have met many LGBTQ youths during a YouTube FanFest. From these interactions and his own personal experience, he felt that schools do not have the support infrastructure to help LGBTQ youths cope with the challenges of the queer adolescence. Other segments of the state like Health Promotion Board (HPB) is also feeling the pinch, having faced criticism over their FAQ on sexuality in February of 2014. Having Section 377A active makes it difficult to create cohesive polices or campaigns as segments of the Singapore community has to be intentionally left out. 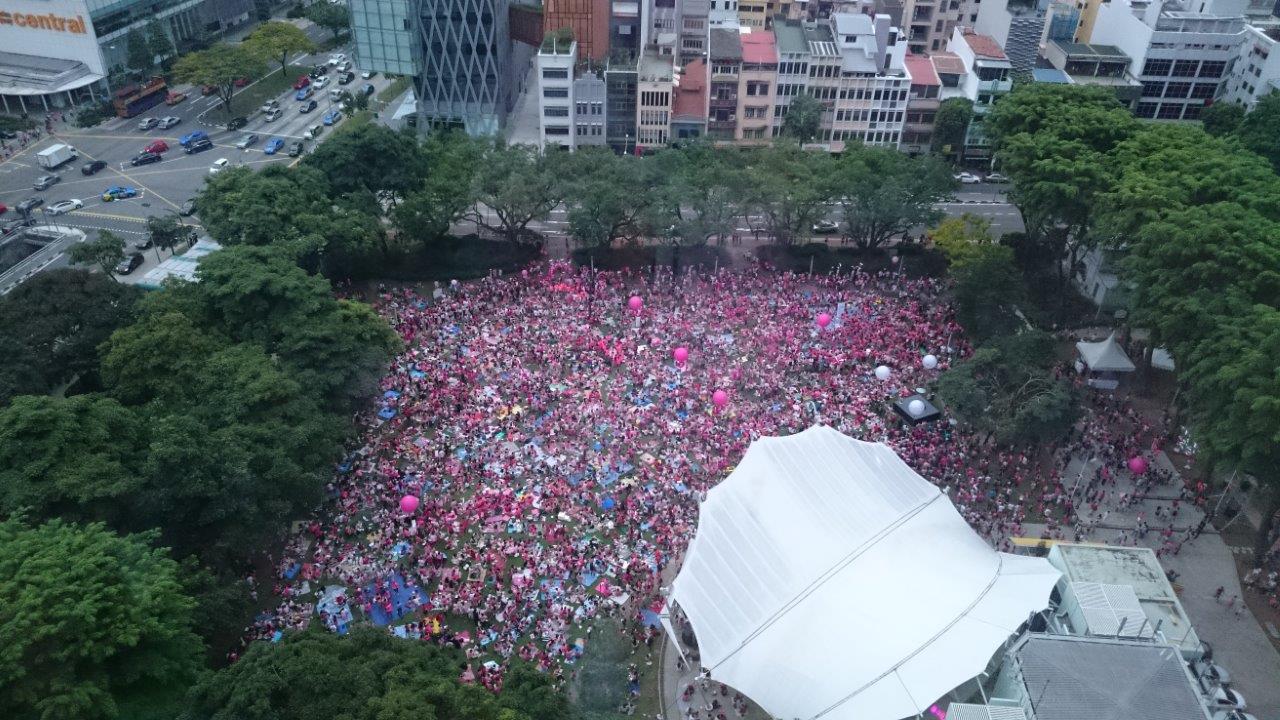 It was also revealed during the press conference that a 15-second pre-event advertisement for Pink Dot that was meant to be screened in cinemas on Friday, June 12, was refused a rating by the MDA (Media Development Authority Singapore) after a two-month wait, effectively banning it. The MDA cited the reason that “it is not in the public interest to allow cinema halls to carry advertising on LGBT issues, whether they are advocating for the cause, or against the cause.” It took some time for everyone at the press conference to make sense of MDA’s statement as the said advertisement was just a clip of Pink Dot’s light up with the date of this year’s event. However, the reason does make sense. If they were to allow ads that support the LGBTQ cause, then conversely they should also allow ads that are against LGBTQ cause. This would then add to the complication simply because there is no anti-discrimination law against the LGBTQ community.

There is a need to prevent hate crimes towards the LGBTQ community in Singapore especially with the recent online attacks towards The Chiongs; a lesbian couple raising their daughter in Singapore. To abolish 377A and to pass an anti-discrimination law is a definitely not an easy task for the state. Due to these gaps the Singaporean community has organically grown; with Pink Dot having its biggest turn out to date, together with the growing numbers of LGBTQ support groups. 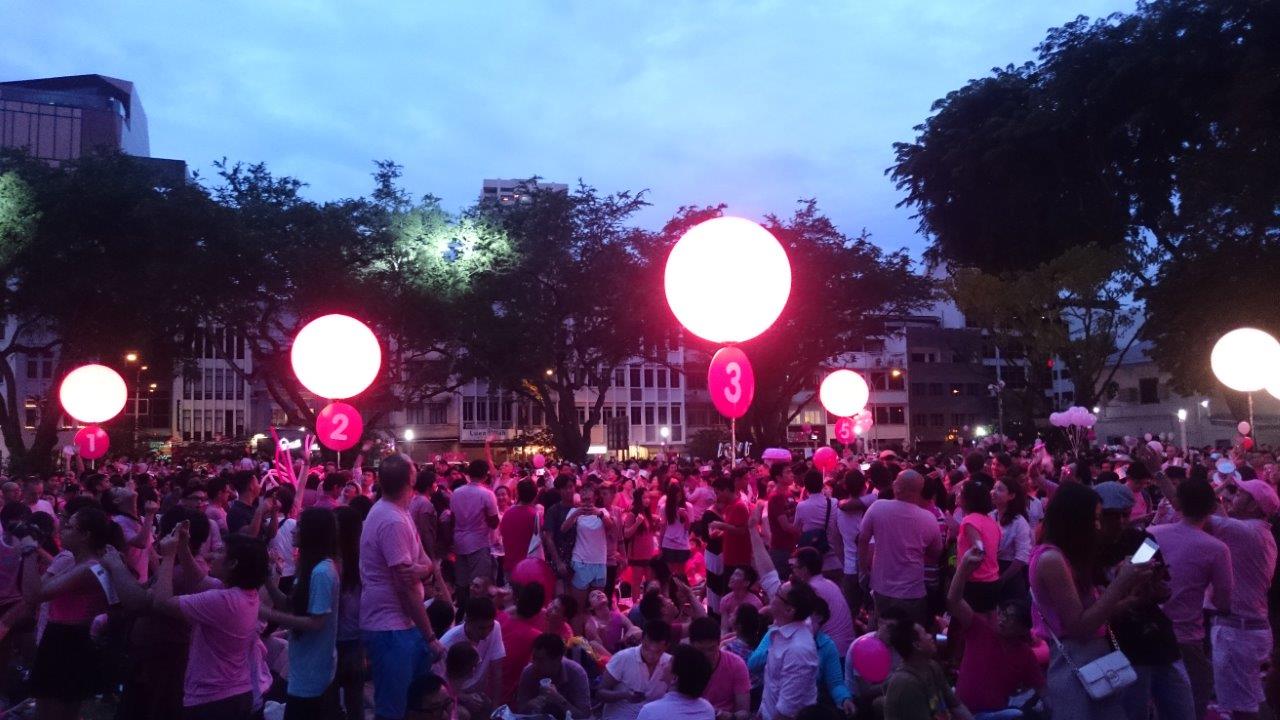 In spite of the record breaking turnout for this year’s event, there is still a need for a better understanding of the Pink Community. In the words of Pink Dot SG Spokesperson Paerin Choa, “We recognise that the journey towards inclusivity and diversity in Singapore is still some way off, but we are confident that we will be able to achieve this together, one day in the near future.”

Image courtesy of Pink Dot
Have an amazing experience or tips you like to share on SimplySxy?  Drop us an email at editorial@SimplySxy.com!