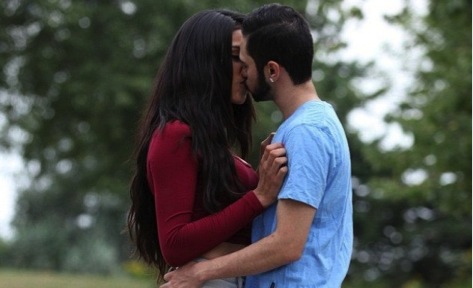 Knowing what’s acceptable and what’s not can be difficult when you’re dealing with transgender dating. It can feel like a minefield that you have to navigate just to talk to someone. You never know what you’re supposed to do and what you’re not supposed to do when you’re dealing with people. The best thing that you can consider is trying to understand what a trans person goes through on a daily basis. Just knowing that can make it easier to understand what they want out of any kind of relationship. It will help you on your way to really dating a trans person.

They don’t have to disclose themselves

The very first question that anyone has is whether or not the trans person is under a moral obligation to disclose that they’re transgender. A lot of people are going to say yes. Of course, those people aren’t usually trans. The whole goal behind a trans person’s life is to become the gender they feel they are. I doesn’t matter what gender they are on the outside. It also doesn’t matter what gender they were before their reassignment. That’s not to say that none of them do tell you, though. If you go on any shemale hookup site, you’ll know right away that you’re about to date a trans person.

They can be gay or straight

Just like cis men and women, trans people can be straight, gay, or bisexual. It just depends on who they are. Don’t assume that a trans women is only going to date men. She can still love other women and want to be with them. That means you can’t just go and find the nearest trans women and expect her to want to be with you. The same goes for trans men. Men looking for trans men can still find them.

Trans people have the same rights

The biggest thing to realize is that trans men and women still have the same rights as cis men and women. They’re not second class citizens. This applies to trans people who are seeking out D/s relationships. Just because a trans person wants to be submissive in the bedroom doesn’t mean that he, she, or they should be submissive in their lives. They’re still people and they’re still afforded all of the same rights as everyone else. Believing otherwise will never lead to a real and fulfilling relationship.

They can hook up or date long term

Another thing to keep in mind is that trans people are just like cis people when it comes to sex and dating. Some are going to want to seek out long term partners. Others are only going to be in it for the sex. You just have to figure out which one you want and look for partners that match your desires. That’s really the only way that you’ll be happy. The worst thing that you can do is try to convince the other person that he or she should try out what you want when they want the opposite.

They can enjoy being fetishized