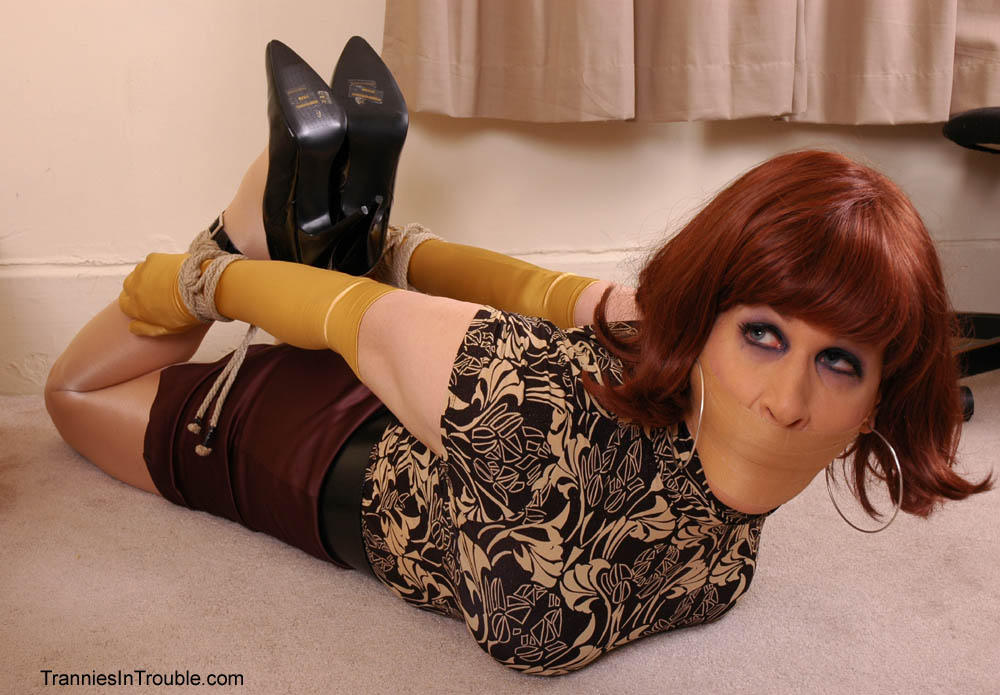 Well, for many years I had fantasies of modeling for bondage pictures, so it’s been a long path to finally get to Trannies In Trouble. I’ve been around quite a while and plan to continue on as a bondage photographer once I feel I’m too old to be in front of the camera. But when I was young and in college, I used to go to adult bookstores to look at bondage magazines – this was really before the internet had become popular – and I remember what a thrill it was and how forbidden and even risky it felt to go to these stores. The first time I saw a wall of bondage magazines in an adult bookstore, I was stunned. It was like, OMG, I’m not the only one who’s into this stuff. Nowadays erotic material is so easily available that it’s really lost some of the charge that it had back when you’d have to go to a special naughty bookstore and summon up the courage to walk through the door, usually hidden around back. 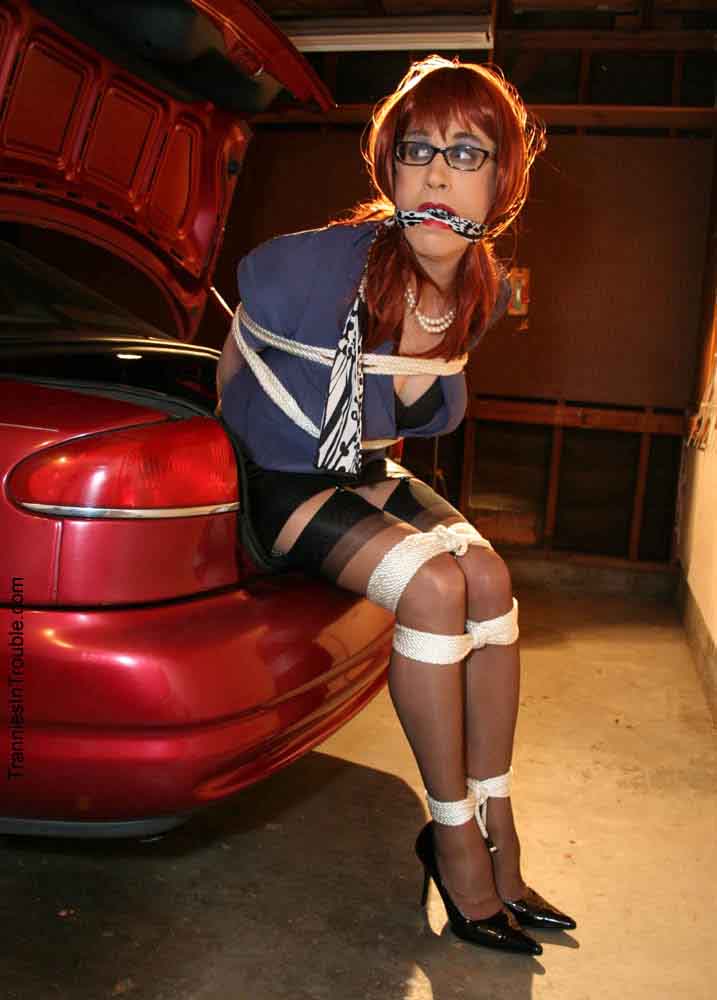 But even back then I wanted to pose for bondage pictures and take photos of other girls and other CDs. There weren’t many images of CDs in bondage but there were a few and I remember wondering if I could look good enough to take some nice pictures someday. I started rather late with dressing more seriously, and probably didn’t have a halfway decent “look” put together till well into my mid-thirties, and then when I finally moved to L.A. back in 2001 I met up with a nice group of people who ran the website “SweetTies,” which is still online. I was able to pose for some photos for them a few times, and then when they moved away, I started taking pictures on my own. It sounds crazy but I actually came up with ways to tie myself up and take photos of myself with the camera on a tripod, using a remote control. It was very crude and took forever but some of those photos are still on my website and some of them were pretty effective. I’d like to think that I’ve improved some since then and I’ve certainly met many excellent photographers and models over the years who have helped out so much, especially my friend Delilah Knotty, with whom I’ve been shooting for years. She no longer models on my site but that girl still ties my ass up tight! 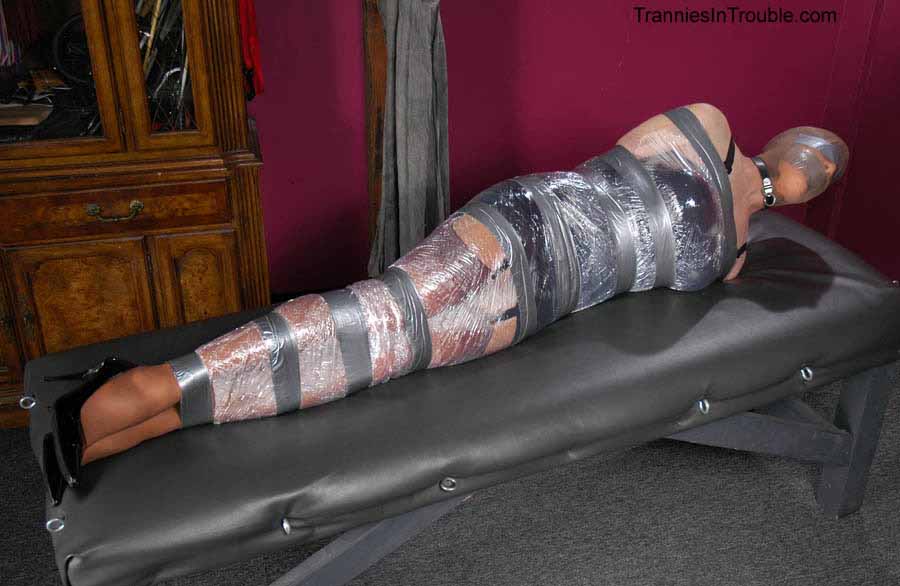 But basically the whole concept of Trannies in Trouble was just to do damsel in distress style bondage but feature crossdressers as the stars of the show. This is a very narrow niche, obviously, and there are very few websites in this genre. There is some overlap though, of course, with damsel in distress sites featuring women, as many of my customers enjoy seeing both women and CDs in bondage. But like I say, it’s a fetish and many of the guys who like these sites are crossdressers themselves, or trans, or guys who simply identify with the image of a woman tied up and in danger.

Have an amazing experience or tips you like to share on SimplySxy?
Drop us an email at editorial@SimplySxy.com!

You may also like...
Related Topics:Bondage, Crossdressing, LGBTQ, Trannies in Trouble, Transexual

Where do we go from here?
Bondage Crossdressing and why it turns me on
Advertisement