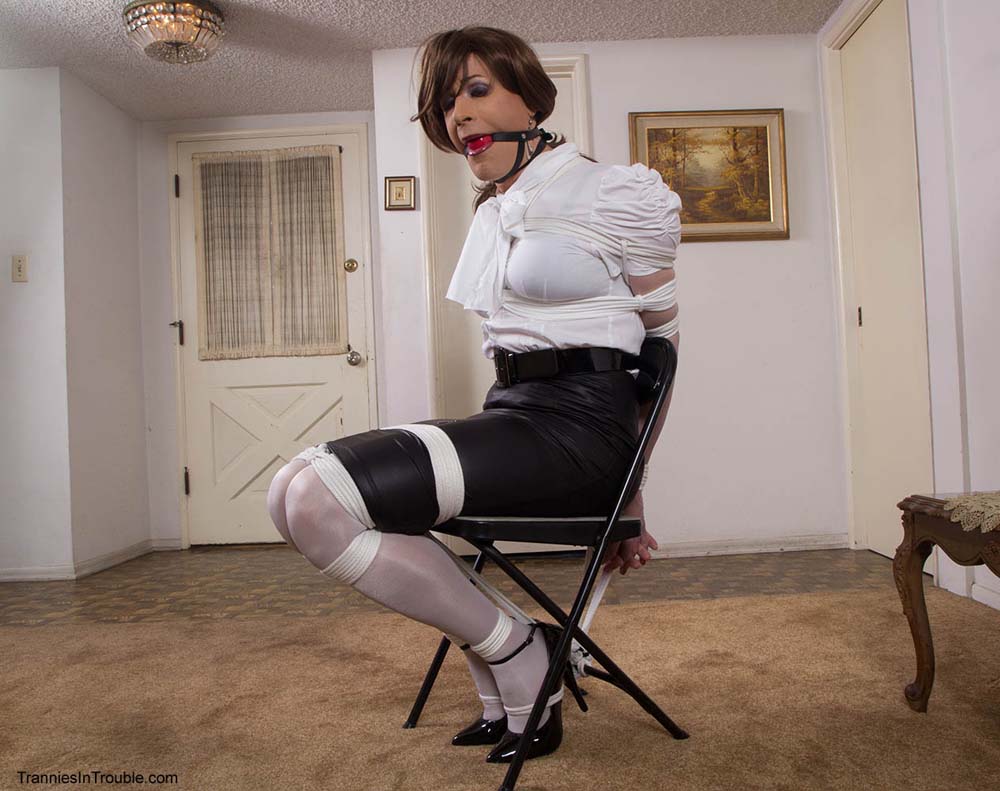 Thanks so much for having me here. Well, yes, I’m a crossdresser and a huge bondage fetishist. For me, the two interests have always been there for as long as I can remember. For me, crossdressing and bondage are primarily sexual fetishes. They turn me on. And the style of bondage that I prefer the most is damsel in distress bondage, which as the name suggests has an element of danger or peril in it, though quite often it can be done in a rather tongue in cheek manner. The things that turned me on as a boy were detective movies and TV shows where a smartly-dressed woman ended up tied up and gagged. I always identified with the damsel and wanted to be her. I didn’t want to see her actually being hurt or raped or anything really bad happening to her, but the element of danger and the sense that she was in a situation where she might be forced and used or come to a bad end was terribly exciting. Sometimes I would see these shows as a child and pray that none of my family there in the den with me could pick up on how fascinated I was by these images on TV. 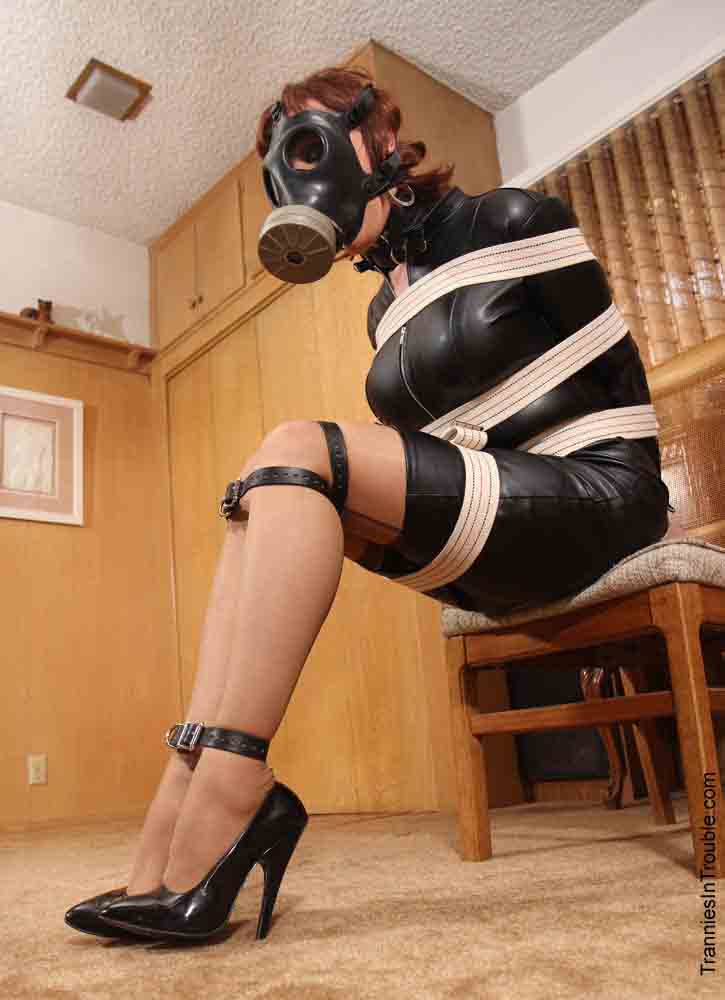 So from an early age, I was intrigued by and attracted to women’s clothes. I didn’t have a sister, but like many crossdressers, when I was a teenager I would sometimes try on my mother’s clothes when I could get away with it and remember it being a huge thrill. I know it sounds, well, I hate to use the word creepy, but yes, some people would see it that way. But believe me, if you’re a “CD” you have to find the clothes somewhere when you’re starting out, and if the opportunity arises you’re probably going to act on it, especially at that age when all the hormones are racing.

Many CDs will deny that there’s a sexual component to their dressing and for some of them I think that’s true, that it touches something else in them, or perhaps they have a stronger feeling of being transgender or gender dysphoric, (basically deeply dissatisfied or uncomfortable with one’s “assigned at birth” gender). But for me it definitely has its roots in fetishism. I think that’s why I now try to take sexy pictures, because I’ve spent a lot of time looking at these kinds of fetish images and imagining myself in the role of the damsel in distress. 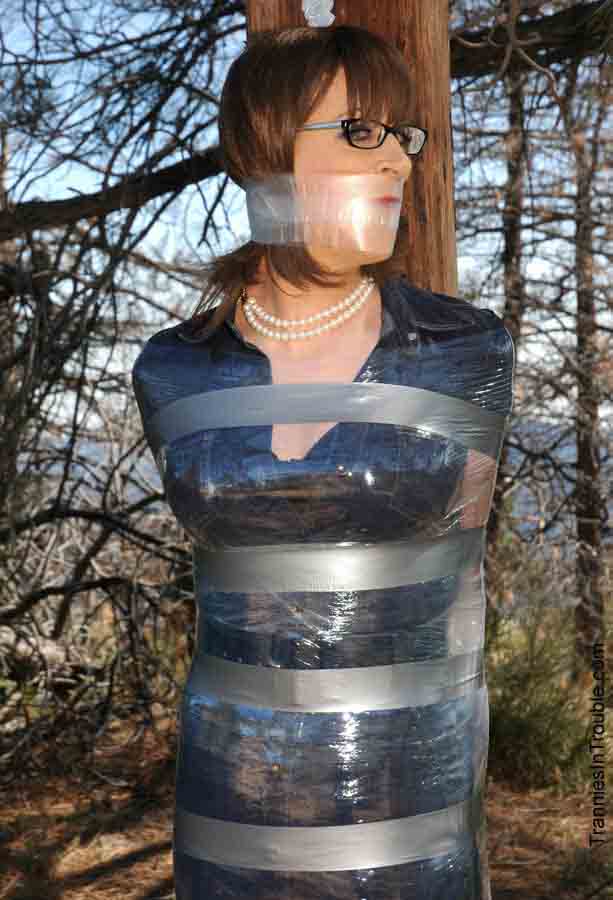 As for gender, yes, I’ve certainly had those thoughts wishing I’d been born female, especially when I was younger. I can’t say that I’ve ever been thrilled to be male, but at the same time it hasn’t tormented me in the way that a trans person likely experiences. But so much of my dressing started out as a sexual thing so it’s pretty clear to me that I’m a crossdresser or to use the clinical term, a fetishistic transvestite. There is that whole other question – do crossdressers fall on the trans continuum? Some days I’d say yes, some days no. And in the trans community, where there is very little agreement about much of anything, you can safely say that opinions vary. One thing I remind myself though whenever I wish I’d been born female is that females for the most part are not fetishists – it’s pretty much a male game, although there certainly are women who are into bondage, some heavily into it. But they’re not into the clothes the way that a CD or transvestite is. So obviously if I’d been born female, this whole website thing most likely wouldn’t be happening for me. 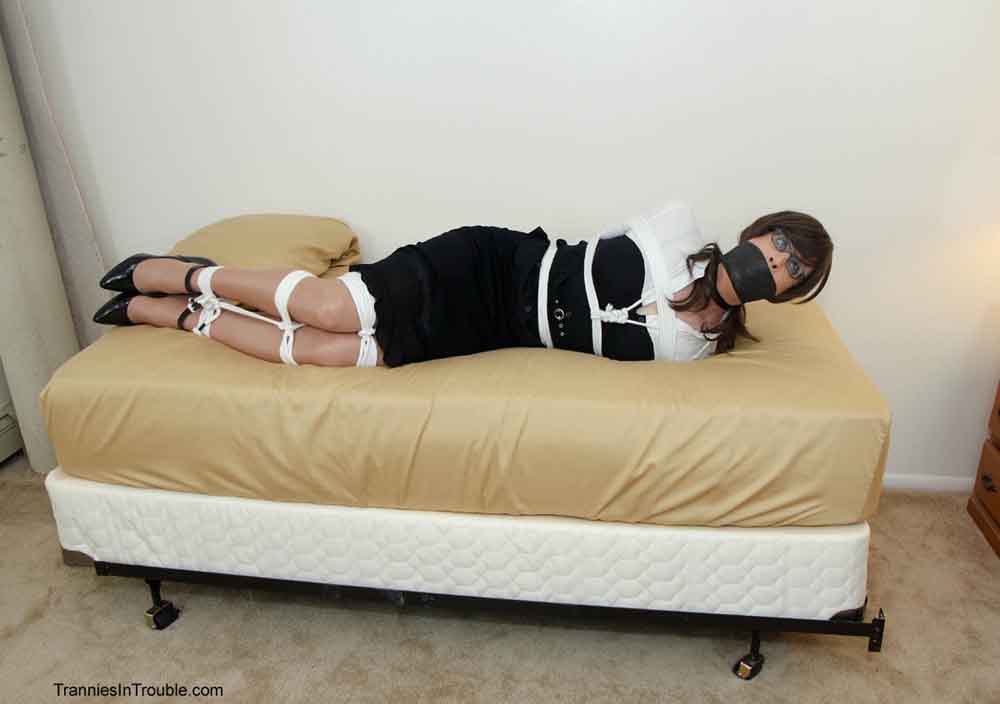 As for the clothes themselves, I’ve always been drawn more to clothes that are “dressy”: skirts and blouses, stockings and high heels, and my favorite look is probably the sexy secretary or sexy librarian. I know these are clichés and some might argue that I’m just objectifying and fetishizing women, but that’s what happens with desire. We get focused on something that turns us on and there’s no arguing with it as to whether it’s objectifying or not, or politically correct. And well, I love to be objectified myself. I find it very sexy if I know someone likes my pictures enough to get off to them. That’s really my goal. And some of my favorite fan mail is to hear from guys who say, “You know, I’m a straight guy who’s never had any interest at all in crossdressers but I get really turned on looking at your pictures.” That’s just the best!

Image courtesy of Sandra Gibson
Have an amazing experience or tips you like to share on SimplySxy?
Drop us an email at editorial@SimplySxy.com!

You may also like...
Related Topics:Bondage, Crossdressing, Fetish, LGBTQ, Trannies in Trouble, Transexual