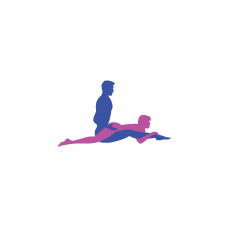 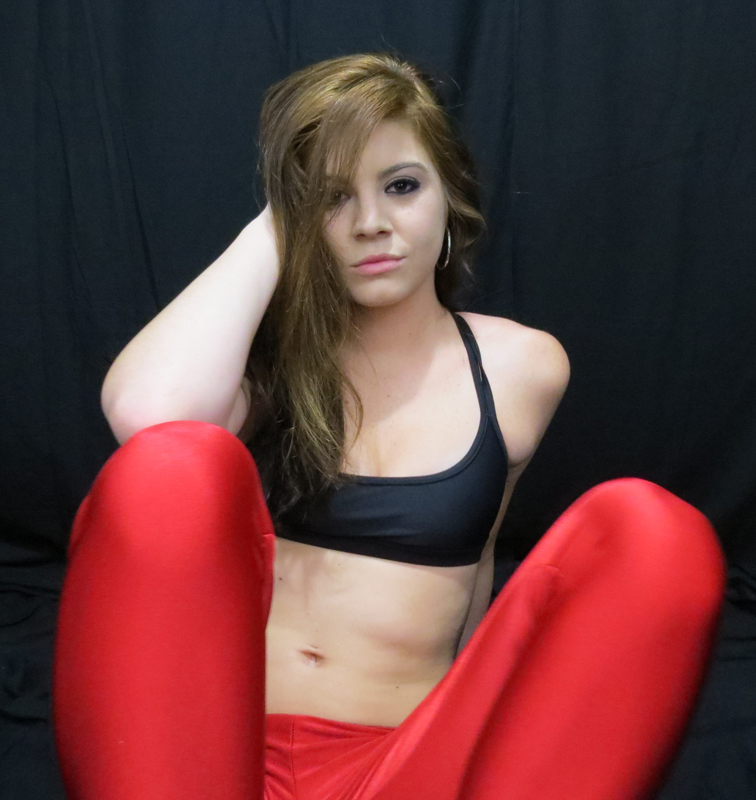 Description:  Have your man sit up on the bed so that his legs are extended horizontally toward the foot of the bed. Turn around and straddle him — with your back toward him — and then lower yourself onto his erect penis. Extend your legs back so they are almost behind him, relaxing your torso onto the bed between his feet. Slide up and down and use his feet for leverage.

What Excites Trixie: I have given this position a lot of thought, followed by trying it out! Let me begin by saying that it is not a position that you easily transition into. It took a bit of maneuvering to get it right. That being said, it did excite me a bit. I enjoy an ass spanking while I have sex and this position lends itself well to that particular pleasure. I moved back and forth on his erect member while he was readily able to give my hind quarters the smacking they needed. If you have a foot fetish ladies, then this position also lets you indulge, as your man’s feet are right there.

What Doesn’t Excite: Although this position obviously has its upsides, it has downsides as well. The man is in a seated position which limits the, erm…depth of his penetration. It has the tease of good doggystyle pounding but then delivers a bit shy of that goal. The angle also tended to be problematic as his penis flipped out if I did not move just right. He certainly enjoyed the improved view of my ass in his lap but the controlled motion limited his overall enjoyment. He also pointed out that the seated position was not the most comfortable for any sort of extended play.

Best locations to do it:  I found that the best location to do this position is in bed using the headboard to support his seated position. Clearly, any place that he can comfortably be seated is fine.

Ways to Spice it Up:  I, however, would suggest the basic modification of lifting your torso up and propping up with your arms. That way you get better control of your ride and he still gets to watch your ass as he smacks it. You could also just have him lie in a more reclined position for comfort.

Trixie’s Verdict: Overall, it is a good position but there are others that are just as effective and have better transition to not disrupt the sexual act. So reverse your cowgirls or bend them over tables and have a great time, or if you are feeling adventuous go for the “Bootyview”.