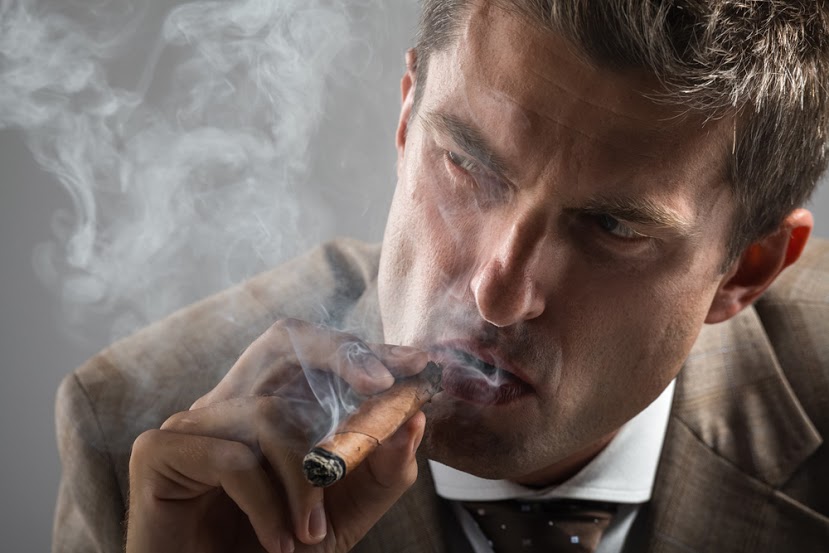 I spent the better part of six years researching the idea that as humans, we are innately sexual beings, beings that can transcend ourselves and our bodies to commune with God, Spirit, a Higher Power, an immutable source of mysticism, wholeness, and transpersonal realities. While most people understand accessing these otherworldly realms of consciousness through prayer, meditation, or drug use, it was my priority to examine the concept that we can achieve the same sense of Oneness through fucking. I’m not talking about tantric sex either but rather spontaneous occurrences of transpersonal phenomena through sex without these prolonged, intentional practices.

While I was not the first to study the phenomenon of transpersonal/mystical/spiritual sex, I was the first to investigate these occurrences amongst a solely queer-identified population; I carefully distinguished queer in two ways: sexual orientation and gender identity. My population included those who identified with terms such as lesbian, gay, bisexual, or pansexual, to name a few. As well as those who identified with words like gender-queer, transgender, androgynous, third gender, gender fluid, and other gendered. Basically, I wanted to investigate the gayest of the gay, the queerest of the queer.

My study wished to determine how queer individuals experienced transpersonal sex. Do those who live and love and fuck outside the confines of sexual norms experience sexuality in a more extreme, transpersonal, spiritual way? Can we access Spirit/God/Higher Power more easily due to the exceptional nature of our identities, the nebulous and culturally questioned qualities of our sexual practices? As those who can live in the gray, who straddle the conservatively structured fences enforced between society and sexuality, who encompass myriads of identities within one body, are we any closer to transcendence? Do aspects of our identities, of our personalities, of our character, of our pasts determine how readily or how extreme these experiences occur? Does any part of our environment contribute to our ability to obtain these spiritual experiences? In other words, how and where do these extraordinary sexual experiences happen? And what is it about queer-identified people that may correlate to these occurrences?

Artistry and Aestheticism. All of the participants identified themselves as being highly creative people. They each described having some form of artistic or musical expression throughout the course of their lives. Whether these outlets be drawing, painting, playing an instrument, creative problem-solving or interior design, everyone felt strongly about their creative qualities. Not only did all of the participants identify as being highly creative or artistic, the majority described themselves as being extraordinarily imaginative and fanciful as children. The capacity for fantasy, the ability to develop alternative realms and universes were found to be possible contributors for the induction of altered states. Fantasy is a crucial component of sexuality and in some cases, participants’ fantasies were directly related to the transpersonal sexual experience that occurred. These two co-occurring personality components may point to an overarching theme of aestheticism and artistry belonging to those who experience spiritual sex.

Balance. While most of the study’s participants described themselves as creative and aesthetically-minded, the majority also described balancing this type approach with reason and rational thinking. Not only are their cognitive influences balanced but their behaviors are the same. One might assume those who have experienced spiritual sex were purely hedonistic, pleasure-seeking people; however, it turns out their pleasure-seeking behavior is well-balanced with more practical, rational endeavors. These tendencies towards balance suggest people whose personalities manifest in well-rounded, equitable and adaptable ways.

Rebellion. Despite the obvious diversity of this sample, all of the study’s participants described their need for rebellion as directly related to more conservative upbringings. Sexual repression resulted from the cultural, religious and/or politically conservative households in which these participants grew up. Their sexual expression was described as a means of rebellion against this repression. Perhaps this was a means of obtaining a more authentic self, a means of healing old wounds perpetrated by dominant culture, a desire to simply be revolutionary.

The higher the education, the lower the income. The majority of the study’s participants were highly educated, holding Master’s degrees or Doctoral degrees in various fields of study. Obtaining a graduate education often necessitates a person who is achievement-oriented and driven by the desire to possess mastery over certain subjects. Despite this level of education, all of the study’s participants reported below average income levels. It’s possible this disparity was self-determined, meaning these people purposefully chose professions, such as those within the creative or artistic fields, that pay significantly less than others.

Interestingly, these intentional choices coupled with the economic downturn of 2008 may also have contributed to participants’ sexual expression. Several popular articles have been written about the relationship between economic recessions and sex. One article (Clark-Flory, 2011) suggested that during times of economic struggle, there is an increase in the purchase of sex toys, condoms, pornography and increased frequency of promiscuity. This additional attention paid to our sexualities during times of financial hardship might point towards the plethora of opportunities the study’s participants had to experience transpersonal sex.

Medical conditions. In addition to the already unique profile of this population, participants also reported interesting personal medical histories. Over half of the study’s participants described living with some form of medical condition, ailments ranging from HIV to chronic pain to diabetes. Interestingly, nearly 70% described having experienced a head injury or loss of consciousness over the course of their lives, and 25% reported having neurological abnormalities, including synesthesia, seizure disorders, severe migraines and vertigo. While my study was limited in determining the exact correlation between these findings and participant experiences of transpersonal sex, the data points to some relationship between physical ailments and the induction of altered states of consciousness. It is possible, as some researchers have found, that these medical conditions left participations more physically—if not psychologically and emotionally—more vulnerable to the external stimuli that may have helped to trigger extraordinary sexual experiences.

Lack of death anxiety. With a wide array of physical vulnerabilities, the majority of this population described a sense of readiness, lack of trepidation and fear around facing their own mortalities. In fact, they even spoke of a sense of internal preparedness for the imminent occurrences of their deaths. The term death anxiety alludes to fear or denial of death but also related to endings or limitations of personal experience, limits requiring categorization and isolation. The prevalence of the use of the term queer by the study’s participants proved interesting in this regard as queer is an attempt to avoid categorization and is relatively limitless in its attempt at inclusivity while it encompasses an array of identifications. It seems as though identifying with every color of the proverbial rainbow allowed these individuals freedom from categorization and isolation and suggests something of a correlation between the openness of identity, lack of death anxiety, and transpersonal sexual experiences.

Spirituality. In a pattern similar to their identifications, these individuals also identified in myriad ways regarding their spiritual orientations and religious affiliations. While their levels of devotion and intentional practice varied greatly, the vast majority described themselves as being spiritual, religious, or both. This overwhelming statistical slant suggests a relationship between occurrences of transpersonal sex with the susceptibility to and desire for spiritual or religious connection. The spiritual or religious connections they experienced during these phenomenal sexual occurrences could be merely one of many forms of union experienced over the course of their spiritual lives. The association with spirituality or religion may well be a precursor to experiencing transpersonal sex, as we’ve seen in many other cultures and centuries. For example, ritualistic sex was used as a means of deity worship in ancient Greece, and sex has been known to be used as spiritual practice for some in Hinduism. For those people who identify with the gay spectrum and may have felt distanced by religion, there exist realms of gay spirituality that including movements towards non-duality, sex-positivity, and progressive, revolutionary methods of worship. In this regard, the study’s participants may, consciously or unconsciously, utilize their identities as queer individuals in conjunction with their spiritual or religious affiliations to develop various expressions of worship, including… well, fucking.

Toby Johnson, a scholar who has written quite extensively on the subject of gay spirituality, suggests that being queer provides an individual with an inherent ability to attain enlightenment. Furthermore, he attests that embracing the true nature of one’s identity, of one’s queerness, is symbolic of “the evolution of consciousness” (Johnson, 2008, p. 18). It is beyond obvious why these statements, why the implications of my study, fly in the face of current yet outdated opinions on the subjects of spirituality, identity, and sexuality.

Yet, here we are. The queer community is growing more expansive, civilly liberated, and included in the public, popular, and societal eyes. And queer individuals are developing more authentically through private eyes, an evolution that undeniably includes connection with God or Spirit, an until-recently-unspoken relationship with this mystical source. A bond that may be perhaps sexually indulgent and unarguably profound.

Perhaps it is through clearing the lenses of preconceived, conservative notions of sex and the colorfully queer that we can expand awareness, develop the collective consciousness further, and therefore, become liberated from these restricting confines. Perhaps it is here that we can use sex, this foundational principle of human life, to contemplate and understand ourselves, to examine our distinctive identities, to put words to our often unarticulated connection to the spiritual world, and to savor the delectable idea—and the seductive reality—of fucking with God.

Suzanne M. Adams, PhD is a psychologist, consultant, educator, clinical trainer, and writer, working and living in the San Francisco Bay Area. She has worked with the LGBT community for the last 8 years, providing direct clinical services, conducting trainings on sexual diversity in clinical practice, and assisting with progressive curriculum changes in both academic and clinical settings. Suzanne has conducted LGBT clinical trainings and guest lectured at the California Institute of Integral Studies, Institute of Transpersonal Psychology, Alliant University, Menlo College, the Homeless Prenatal Program, and St. Anthony's Foundation. She specializes in human sexuality, somatic process work, trauma recovery, and behavioral health education and has conducted research on transpersonal sex, BDSM and spiritual experiences as well as the effects of adolescent bullying in schools. Suzanne volunteers for the SF LGBT Speakers Bureau, advocating for and educating youth on issues related to sexual diversity. Currently, she teaches and consults on program development for Kaiser Permanente.

Get in touch with Suzanne via email at transpersonalsex@gmail.com