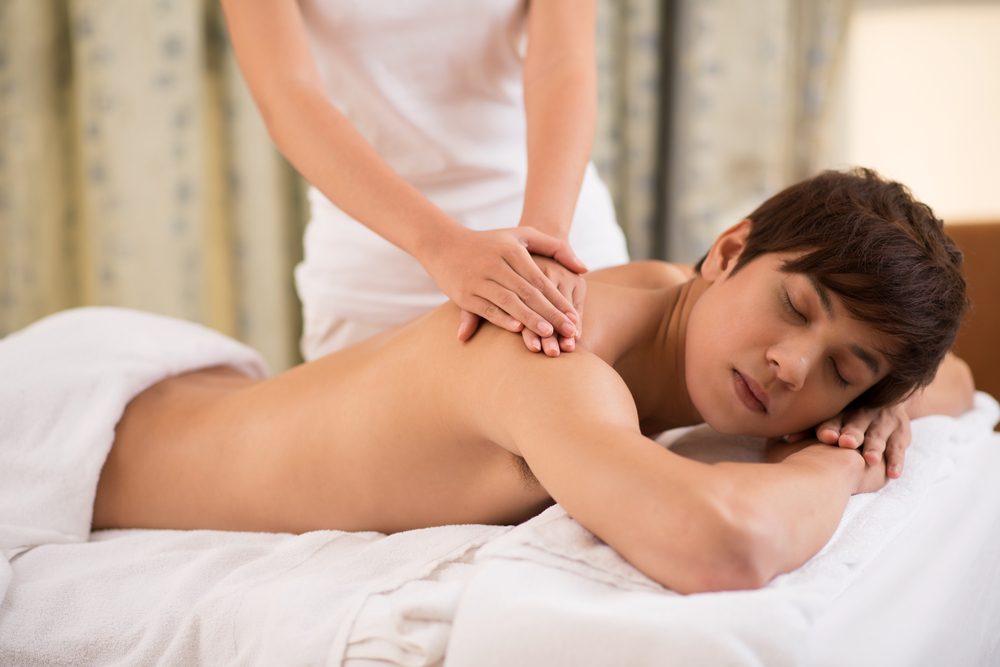 She is cute and sexy, you caught her eye as you entered the room, instant chemistry flows causing a stirring below.  Two hours later, hands have brushed thighs, cheeky stories have been shared, bums have been touched but just as the excited anticipation of the next few hours has crossed your mind, so has the apprehension that Mr Unpredictable may misbehave yet again and later, true to form, your temperamental friend once more seems to have a mind of his own and lets you down.

Does this sound familiar?  If so then you have experienced what most men at sometime in their sensual encounters have also experienced, what is known as Situational Erectile Dysfunction.  God forbid that you have a problem, of course this is not to tell yourself that it was the extra pint you had and yet just when you wanted things to go to plan, they didn’t and frustration and embarrassment ruled the day.

Working as a Sexologist & Psycho-Sensual Masseur at least 40% of the clients I see come to me with what is now proving to be the most common and yet least understood sexual performance problem for men.  Properly called Situational Erectile Dysfunction, it affects many men over the age of 35 and particularly those in high stress work environments.  The myth that SED mainly affects older men is simply not the case as I see guys as young as 20 who also found at times that Mr Temperamental just won’t behave the way they want him to.

What is Situational Erectile Dysfunction?

Not getting or not maintaining an erection can fall into 5 main categories, some will be driven by physiological causes, others by psychological, some by a combination of both.  They are:-

Primary: when the man has never been able to achieve an erection.  This represents approximately 10% of cases of erectile dysfunction.

Secondary: when the man has had erections in the past, but can no longer achieve or maintain an erection.  This traditionally has been viewed as the most common type of erectile dysfunction.

Situational: Much more common than research reveals, when the man can only achieve an erection in a particular situation or with a particular person.  For example, he is able to achieve an erection with an extramarital partner, but not with his usual partner, or vice-versa.  One of the most common scenarios for situational erectile dysfunction is the first time a man tries to have sexual intercourse with someone new.

Total: when the lack of erection is complete.

Partial: when there is a degree of erection, but is insufficient to allow sexual intercourse

For many men, the image of self is inevitably linked to a perception of masculinity which in turn involves functioning and performing well sexually. – A result of either physiological or psychological influences or often both. .

Generally, unless the sufferer is experiencing blood pressure problems or is taking some form of blood pressure medication or has heart problems or has general ill health, then the cause of SED will be mostly psychological and not pathological.  It will probably be the body’s natural fight or flight mechanism (autonomic nervous system) reacting to a perceived fear signal that is causing the body to alternate from its rest & relax mode (Para Sympathetic) to its fight & flight mode (Sympathetic) when certain blood vessels and muscles and bodily characteristics alter their behaviour making a full erection impossible.  Quite simply, nature has not designed men to “hunt & fuck” at the same time and things can go wrong at any point of the 3 stages of producing and maintaining an erection.

First Stage:
Sexual arousal, getting sexually stimulated from our thoughts and senses.

Second Stage:
The brain communicates the sexual arousal to the body which increases the blood flow to the penis.

Third Stage:
Blood vessels that supply the penis relax allowing an increased blood supply to flow into the shafts that produce the erection.

Physiological causes can be due to a variety of conditions such as: Cardiovascular diseases, Diabetes, Disease of the Nervous System, Ageing, Medications, Smoking, Alcoholism, and Hormone Imbalance and can be treated with medical support.

These emotional influences generally fall into the following two areas, performance and acceptance, and if there is any worry around either of these two agendas then this will quickly convert into a feeling of fear around rejection or abandonment, which in turn switches on the primal survival mechanisms of the fight or flight reaction causing the autonomic nervous system to move from the para sympathetic mode that is needed for arousal to take place to the sympathetic mode of fight or flee.

Often, the way a man feels he should perform sexually will be connected to his early childhood psychological development.  If he grew up in an environment where he was conditioned to be an achiever and to do well, then good performance is essential to his sense of self worth; on the other hand if he was taught to be a good boy and not disappoint others then his need to please his partner sexually will be paramount to him feeling relaxed.

If one views this like an upside down triangle, sitting on its point, the flat top is the area of his general behavioural platform, sexual performance a major part of this and the point of the triangle, at the bottom represents the primary driver that is influencing this behaviour.  Between these points, there are often many layers of thought and behaviour that are taking place both consciously and unconsciously, gradually switching the brain from the rest & relaxed mode (para sympathetic) to fight or flight (sympathetic) and consequent loss of erection.

Thought 2 – “I am worried about losing my erection”

How Can a Sensual Massage Help?

The private space of a comfortable massage room and the friendly welcoming openness of a trained Psycho-Sensual Masseur can create a supportive caring environment where any focus on performance is removed and where the receiver can concentrate on what he is feeling rather than what he is doing.

As the massage unfolds, the body slowly becomes relaxed, with the sensual strokes of the massage encouraging arousal to take place causing the body to respond and moving deeper into the para sympathetic mode.  As anxiety levels fall and the body becomes rested, this attention on “self” encourages an erection to occur.  As the receiver feels the erection grow, his confidence builds and so the body goes deeper into the relaxed state and the erection responds by getting even firmer, causing a positive spiral rather than the traditional negative spiral of anxiety/erection loss/ further anxiety/complete loss of erection.

Throughout the massage the masseur incorporates certain movements that may intentionally challenge the receivers comfort zones and mildly raise anxiety thus affecting the level of erection.  By observing and reading these minute changes of the receivers dynamic, the masseur can begin to understand the possible psychological triggers that may be causing the arousal switch to flick on and off, giving an indication as to the under laying fear that is influencing the arousal process.

Also, with the attention on himself, the receiver is able to be more self aware of the influences and intensity of the erection.  A discussion following the massage often reveals the core fear that is at the root of the anxiety and with further counselling, and psycho sensual massage, the sufferer can considerably reduce the occurrences of SED that he experiences.

Even if he still does not always “get it up”,  with this better understanding of how he works, he can explain to his partner that it’s because he is so attracted to them that he can’t get a hard on rather than being a signal that he not attracted at all.  Changing the thought process and communicating this to the partner will greatly lessen the possibility of SED taking place.

Thought 2 – “But I am worried about losing my erection”

Thought 5 – “Now, If I don’t get an erection they will understand that it’s not because that I don’t like them”

Thought 6 – “Now that they understand that I if lose my erection it is not because I don’t like them, they will continue to like me”

Paradoxically Thought 9 shows that this shared openness and honesty should  help him to feel calm and then he will probably get an erection anyway.

You may also like...
Related Topics:erectile dysfunction, penis, sensual massage