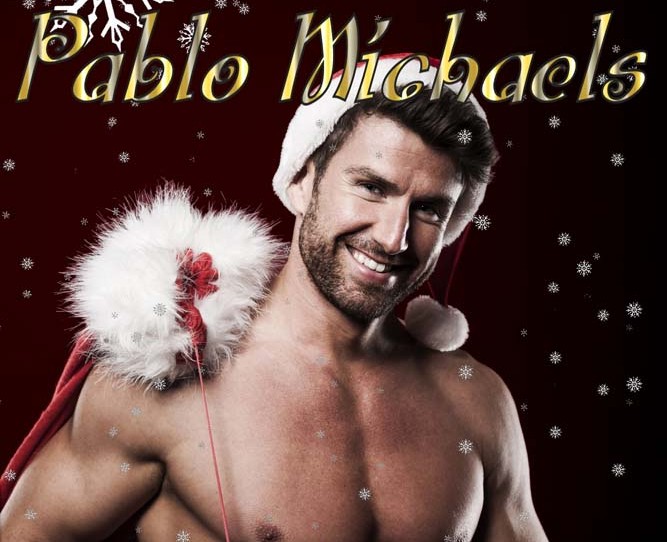 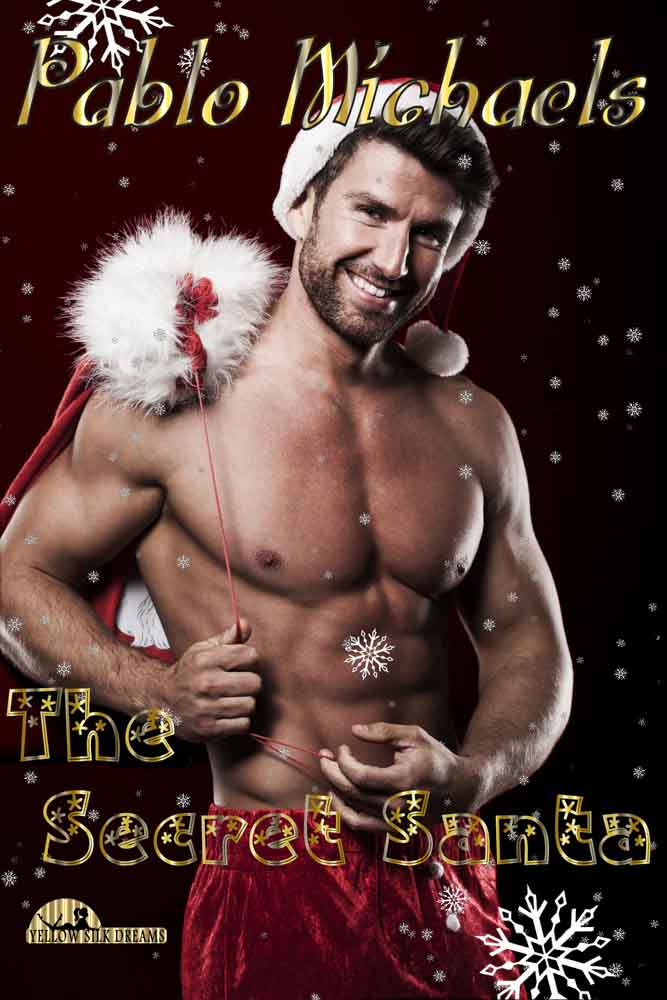 Devon jolted awake from a deep sleep. Opening his eyes, slowly, he focused through a plume of twinkling, white powder to a stranger standing at the foot of the bed. He thought he was imagining this six foot tall man, sculpted like a Greek god. His head was adorned with a red and white Santa hat. His trimmed, snowy white beard blended with the long hair cascading down to his ivory, cropped hairy chest. Scrutinizing him more thoroughly, he realized he was not an apparition but real. Devon’s penis surged into erection, as he stared at the fluffy, red jockstrap, accenting the large bulge beneath. He couldn’t ignore the black leather suspenders attached to the waistband of the Christmas themed loin cloth and the shiny, dark, leather boots, stretching to his knees. He never imagined Santa Claus would excite him as this man did.

“Who are you?” Devon gasped, accelerating his curiosity into unfamiliar fantasies.

“Don’t you recognize me, Devon?” The man bellowed a hearty laugh.

“You look like the Santa Claus from my childhood memories.” Devon mumbled, secretively.

“Have you given up on the true spirit of Christmas?” The Santa Claus imposter smiled and sat at the edge of the bed next to Devon.

Devon’s right hand brushed a few strands of his unruly hair from his eyes. Becoming more alert, he focused his eyes more from the previous distorted vision. He turned to wake Peter, but his partner was gone.

“Peter left an hour ago. Don’t you remember he had to work early?”

“How do you know our names?”

“You can’t be the real Santa Claus,” Devon insisted.

“Oh, I am real. Want to touch?” The man extended his muscular arm within Devon’s reach.

Devon wrapped his two hands around his biceps. “Okay. So you are real. Man, are you really real. But you are not Santa Claus.”

”Well…-no. But I’m a special assistant, assigned to help him.”

“Yeah right. You can’t be one of Santa’s elves. You’re too big. And the size of that bulge beneath your very revealing jockstrap would definitely eliminate you.”

“I’m a Secret Santa. I was sent here to rekindle your love and happiness.” The secret assistant edged closer, the bulge in his pouch becoming more pronounced.

“Did the real Santa Claus send you to seduce me?”

“Oh; no, no, no! You’ve been selected to be a Secret Santa, like me.” He shimmied next to Devon, until there was physical contact between them. “I’ll teach you how to become a Secret Santa. I’ll reignite the fire of your passion with an exceptional power found in a special recipe from the North Pole’s almighty vault. Ultimately, Peter’s happiness will be restored.” He stooped, rubbing his broad shoulders against Devon’s chest. He looked up at Devon and smiled.

“I’m getting aroused? This shouldn’t be happening, if you were sent by the real Santa.”

“I’m only testing you, and your love for Peter. And to evaluate your qualifications.” He set his hand on Devon’s thigh, massaging it, firmly.

“A test? This is the worst temptation I’ve had in years. What’s your name?”

“It will get easier,” he spoke softly, continuing to grope his leg. “I’m Erik, of Nordic descent.”

Read the rest of The Secret Santa and purchase it at http://amzn.to/1MXnU4d

You may also like...
Related Topics:Books, Erotica, Novels, Pablo Michaels