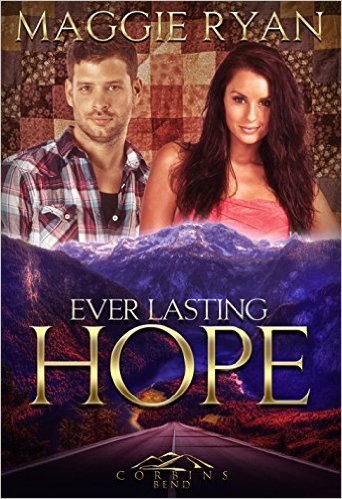 Everleigh has waited for weeks for her fiancé’s return. Rob had been overseas for six weeks and his absence was almost more than Ever could take. Even knowing that he was going to take her over his knee for ignoring his instructions didn’t dampen her desire to have him home. After a few weeks of constant togetherness, Rob sees a change in the woman he loves. As their wedding draws closer, his sweet Ever was threatening to turn into one of those horrid Bridezillas. He decides she needs a different project, one that captured her artistic spirit. Ever is all for following this order but finds her original plans change when she learns of a project that will allow her to honor the men and women who serve their country. The residents pull together to help these injured soldiers. Tory’s husband, John, needs more than his wife’s love and as a fellow resident of this special community, Rob takes on a project of his own. Ever finds that art takes many forms and hope is everlasting as long as there are people in the world that reach out to help their fellow man.

“Oh…Rob,” she moaned as he released her mouth, both hands now cupping her ass. She had never wanted him more than she did at this moment. Slipping a hand from his neck, she moved it down his front until she could stroke the length of him. His groan had her smiling but it slipped as he placed his hand over hers, drawing it away from his erection.

Ever moaned as he pulled off his suit coat and tie. Rob was a large man, standing about six foot four. His hair was dark, just a bit longer than the short cut required during his military service. His shoulders were wide and his chest broad. She watched as he slowly and deliberately unbuttoned his cuffs and rolled his sleeves up to his elbows.

“You know this isn’t what I wanted, right?”

His question had her eyes lifting to his and she nodded.

He continued. “Tell me.”

Ever kept her eyes on his. “You told me what to expect. I…I know that I must be…be punished first.” She paused, reaching out to place her palm flat against his chest. “Rob, I understand. I didn’t want to at first, but I do. Even if you decided to postpone or forget about it, I…I couldn’t. It wouldn’t be right. We made our rules and no matter how I might hate them at this moment, I need them all. I need you to keep me grounded, to keep me in line.” She took another deep breath and lifted onto her tiptoes to place a kiss on his cheek. “I need my man to take me in hand.” Ever saw his approval in the depths of his green eyes. “But, afterwards, I will need that same man to love me as if he’s been gone for six long weeks.”

She sighed as Rob drew her to him, holding her close, his cheek resting against the top of her head. Feeling him take a deep breath, she smiled. He’d told her once that he could be blinded and still be able to find her in the dark by the lavender scent she wore and he loved. They stood silently for several minutes, just reconnecting. It was Ever who stirred first.

Rob let her go, allowing her to step away. “I’m proud of you, Everleigh.”

Rob moved away to walk across the room to retrieve his briefcase. Placing it on the bed, he dialed the combination to unlock it. Ever couldn’t help a small flinch as the latches popped open. Opening the lid, he gave her a smile. “I brought you something.”

Purchase and read the rest of Everlasting Hope at:

Author for Blushing Books. I write both contemporary erotica and historical spanking romances. I enjoy writing about characters that enjoy the provocative D/S lifestyle of today’s times as well as taking a step back into the past to write stories that take place in the Victorian era with age-play as a theme.