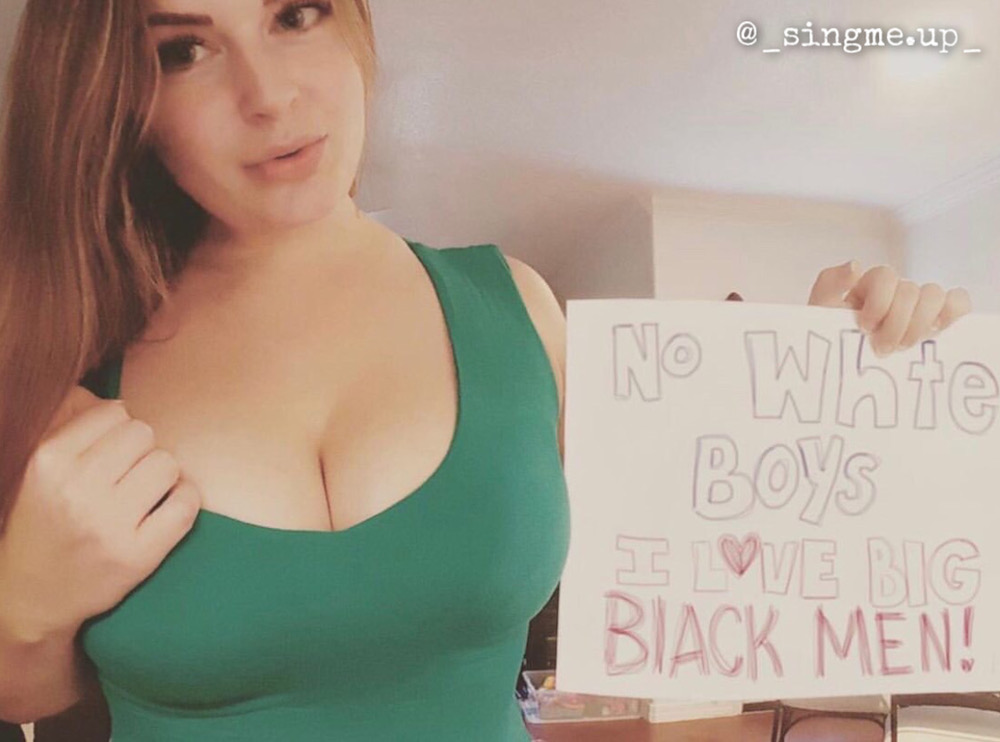 It wasn’t that long ago that I had heard about cuckholding. As a matter of fact, it was three years ago. I had just started dating a Black man who was, shall I say, very adventurous. He would mention the phrase “cuckold”, but I was too embarrassed to ask what he was talking about. So I just sat there quietly smiling. I must have looked as awkward as I felt! Because he pulled up a slew of videos from cuckoldsessions.com and proceeded to show me. “I’ve done that! And that! And that!” He told me over and over again as the videos rolled past the screen of his phone. I was taken aback by it that first time. But, I was open and found myself more curious than disgusted.

I never imagined myself participating in a cuckold session. As a teen in the midwest, I dated white boys. But, by the time I was twenty-two, my wishes turned into realty and I found myself dating Black men. With that new found attraction to the dark side came an entirely new and exciting world of sex and sexual awareness. I knew at that time that I was done with white boys for good. I even vowed that I would never let myself be seen undressed by a white boy ever again! So, how did I manage to get talked into cuckolding a white boy for my Black lover? To me the idea alone was gross!

Enter: Timothy. “Who’s Timothy?” I screeched to my best friend, Rene. She laughed and told me not to get too excited, “He’s a white boy”. The confusion I felt seemed to last forever, but it was soon offered some explanation. Rene and I have both been enjoying the same Black man, Micheal, for months now. Threesomes have certainly become common practice between us, needless to say. So when she said that Micheal was bringing over a white boy named Timothy, I was dumbfounded. “He’s going to be our little white boy cuck!”, she finished. I had mixed feelings right from the start. I didn’t want a white boy in the same room with me while I was having sex. However, the thought of showing a white boy what he couldn’t have -me- while Rene and I had wild sex with a big Black man was arousing to say the least! Nevertheless, my thoughts were racing back and forth.

It wasn’t more than an hour later that Micheal brought Timothy over to the apartment. There was the expected awkward introduction and the mild exchange of small talk. The tension was still pretty thick though. Within the first few minutes, we set up some guidelines (and if you are interested in having a cuck of your own, quickly laying down guidelines is a must!): Timothy would no longer be called by his name, but instead he would be addressed to as “cuck”, “cuckboy”, “white boy”, “white loser”, even “pathetic little white boy”. Anything in fact, as long as it was insulting and belittling. At the same time, Micheal was to be referred to as “Master”, “King”, or “Black King”. The goal of cucking was to humiliate the cuck and praise the Black King. And believe me, we did just that!

At first, the mood was pretty routine. We had forced Timothy to a chair before Rene, Micheal, and myself engaged in some strong foreplay on the couch. Micheal’s pants soon came down and we sucked him. So far so good. Somewhere during the time, Rene and I were sucking and stroking on Micheal, I turned to see our faithful cuck boy sitting naked on the edge of his chair, tiny pasty pee pee in hand. To say that a shiver of disgust ran up my spine would be an understatement. “He’s so gross!” I cried.

We decided that some real humiliation was in order. First order of business was to force Timothy to put some super tight rubber bands around his little dick. Then it was comparison time! It seems that a size comparison between the cuck and the King is common formality during a cuck session. And yup, you guessed it, Black is bigger! Tie the little white boy to the chair and it’s back to having real fun on the other side of the room.

I must admit that having a cuck changed the way that I feel about having a white boy in the same room while I’m having sex. I don’t mind it as much, so long as he’s tied up and slapped periodically. It’s a form of justice perhaps. Revenge. Or, just plain fun! Find your own niche and be creative! I think what I love most about having a cuck is that we can agree that anything goes. The Black King has total control and can do what he wants to the cuck at anytime. This may include anything from slapping and belittling to as much as pissing on him! The cuck is at his mercy. Use benches for multiple cucks and cages for their pee pees. Explore cuckoldsessions.com or search “interracial cuckolding” for more ideas. Any way that you dice it, having a cuck is exciting and a little kinky. I highly recommend!

All links to websites and social media find me on Instagram @annie_the_dredre and I’ll be happy to answer your interracial questions!

American made 25 year old scorpio with a taste for dark chocolate.