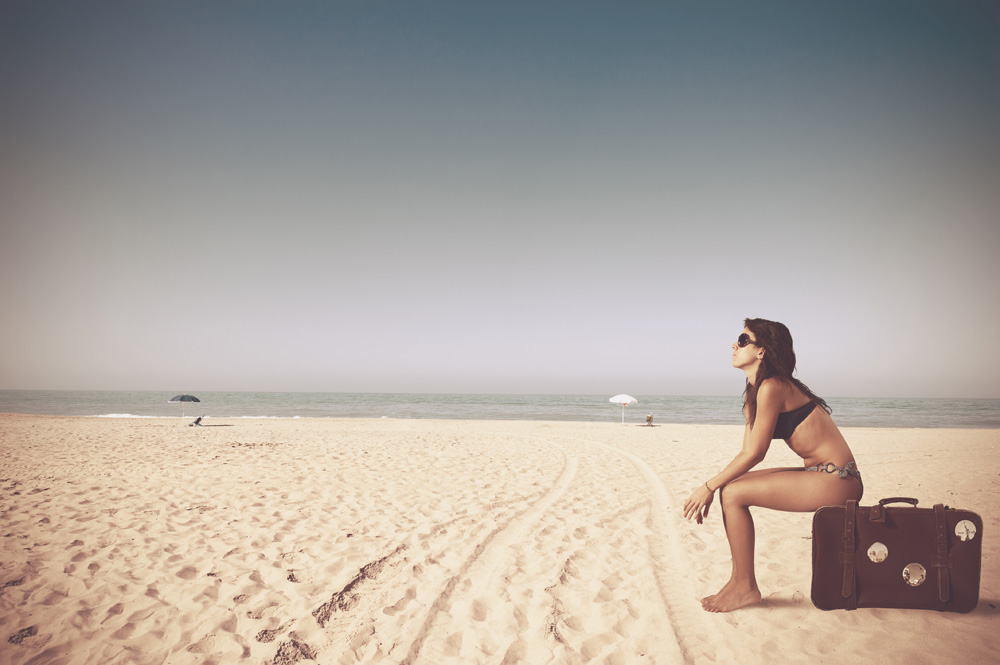 “What are you going to do about the bathrooms?”

I recently travelled to Florida for spring vacation with my family. Florida is one of those states where a law has been proposed concerning the use of public restrooms, specifically targeting trans people. The idea of overzealous bathroom police has a lot of people pissed off and afraid and when a friend heard me talking about my vacation destination, he was concerned for my safety.

Truth is, I hadn’t thought about it yet. I was too busy catching up on work so I could hand-off to my co-workers. Once the topic had been brought up, however, I couldn’t get it out of my mind. Along with those concerns about men’s restrooms, I started having flashbacks about uncomfortable and invasive past encounters with the TSA. My anxiety level increased as departure day approached, even though I was also looking forward to several days in warm weather without work responsibilities.

Travel can cause anxiety for a lot of people, no doubt about it. Concerns about having enough time to get through security, making sure your pockets are empty and your laptop is out, fears about flying, concerns about connecting flights… it goes on and on. For transgender and gender nonconforming people like me, there are added issues. Will security give me a hard time for having an ‘F’ on my ID while looking male? Should I take my packer out before going through security, so that it’s not perceived to be an anomaly during the full body scan? If they choose to scan me as male, will my chest and binder be seen as an attempt to conceal something? Will I be pulled aside for a pat-down, increasing my wife’s stress that we’ll miss our flight? Am I going to be harassed in the airport restroom?

As it turned out, all of that anxiety and preloaded adrenaline was for nothing. I spent a week in central Florida and passed as male everywhere I went, with the exception of my wife’s family who are still getting used to my changes. I heard my former name and pronouns more from them than I had in months, but everywhere else I was seen and accepted as a man. The peak moment of passing as male in Florida happened while we were visiting Gatorland. We were sitting in the stands for a ‘close encounters’ show where they have audience members help them with mystery animals held in wooden boxes. The first mystery animal was a tarantula, held by a reluctant woman volunteered by her family. The second animal was a rattlesnake and the handlers wisely decided to keep that one to themselves. For the last critter, something large judging by the box it was in, they wanted four audience members, two men and two women.

With two women and one man standing in front of the audience, they were pointing to someone on our side of the stands to be the second man. I looked up behind me and heard the guy say, “No, not behind you.” I looked forward again and raised my eyebrows, surprised and delighted. Turns out my daughter had been pointing to me behind my back. That’s how I became the second male volunteer to go down to the stage and help hold a very large Burmese Python.

My experiences in Florida, along with my experiences here at home, reinforced something I’d been thinking already: the people who will be hurt most by bathroom gender policing such as that proposed by Florida’s HB 583 or California’s “Personal Privacy Protection Act” initiative will be those who don’t pass well as male or female, depending on the restroom they are trying to access.

These attempts at bathroom policing are promoted as necessary safety precautions intended to reduce the potential for bathroom sexual assault. What they actually do is set up the very real possibility of assaults by self-assigned gender police against transgender people and other people whose appearance doesn’t conform to expectations based on their gender. Basically, these laws would validate and encourage transphobic bullying, increasing the violence and victimization of a sector of the population that already faces a high incidence of violent assault and risk for suicide and self-harming behaviors.

These laws aren’t protective, they are attempts to vilify an already oppressed group of people through lies and fear-mongering. The specter of the male who cross-dresses in order to access women’s rooms and assault those using them is a boogie man without factual basis. According to an article on Mic.com on that topic, no statistical evidence was found of a single incidence backing up those fears. Lack of factual basis doesn’t prevent people from whipping themselves into paranoid frenzies, however, and it’s a familiar tactic used by social conservatives to hold back socially liberal causes aimed at equal access and respect for all.

A brilliant social media campaign by some trans men and women used pictures of them in restrooms corresponding to their birth sex to illustrate a point: if laws are put in place decreeing that we must all use the bathrooms corresponding to the gender assigned us at birth, women’s rooms are going to start being occupied by men and men’s rooms by women. And I don’t think that’s what Joe and Betty Middle America want.

You may be thinking, “Hey, that initiative in California and those laws being proposed in other states, they’re not going to stand, they’ll get struck down, for sure.” You’re probably right and I contend that they are a serious problem regardless. Every time a religious leader, politician, school board member or other community leader proposes or supports transphobic laws and attitudes, these are the messages heard by my community: you’re not wanted, we wish you would go away, we don’t want to see you, we wish you were dead. People who are eager to justify their feelings of discomfort about trans people hear: trans people are the enemy, it’s ok to harass and bully them, they don’t belong in our community, we should do whatever we can to get rid of them. Even when these laws go no where, they have an extremely negative and tangible effect. They are evidence that a lot of people are eager to be hostile and punitive against people who are transgender or gender nonconforming in other ways..

As I continue my transition, I will benefit more and more from passing privilege, seen as a man and accorded the benefits typically given to men in this society. For me personally, passing privilege is going to mean my life gets easier in a lot of ways. Eventually, I imagine I’ll be more confident and less fearful about going to new places and being around people I don’t know. Though that’s good for me, I know my privilege isn’t shared by all. Though I might be able to avoid transphobic violence, I’m not going to be satisfied with having secured my safety until that safety is shared by all. I don’t get harassed now the way I did when I was seen as a butch dyke but I still carry those experiences, along with experiences of misogyny, sexism and homophobia. I am committed to using my passing privilege to help others who don’t have those advantages.

You may also like...
Related Topics:LGBTQ, Public bathroom, Transexual, Travel