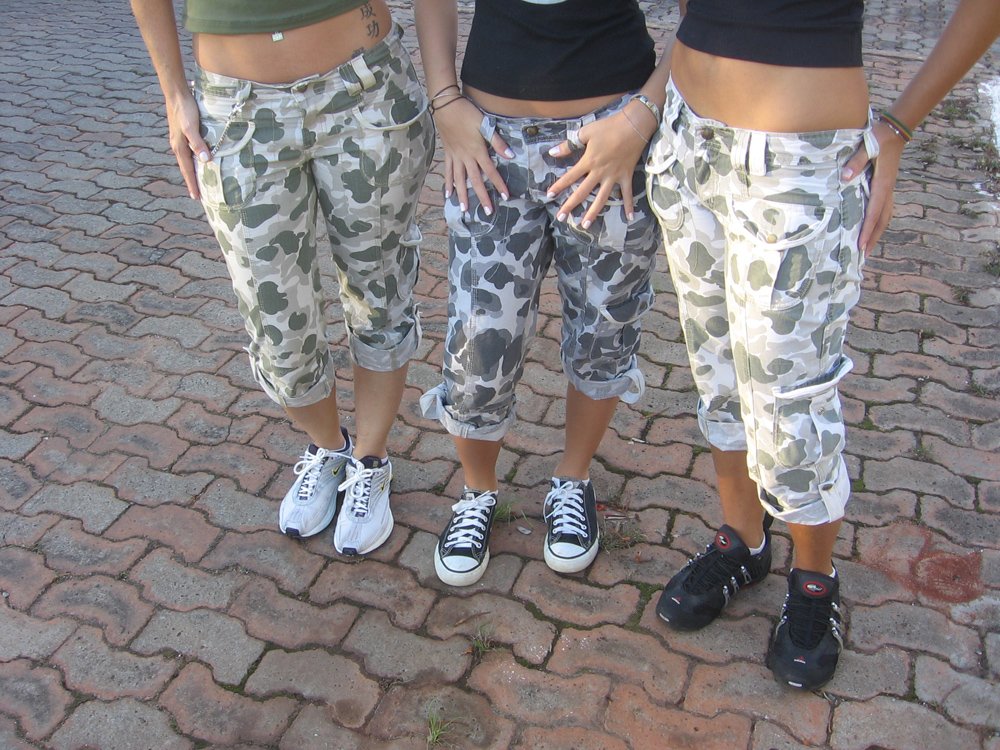 As a mom, I occasionally read the posts in the forums of my local mom’s club.  One struck me yesterday and I was moved to respond.  Here is the question:

I was walking in to the front door of the gym at the community center with my 14-month old and right outside the door was a group of about 5 kids who looked 12ish. Without any regarding for me, my baby, or the other young children running around outside one of the girls (all nice looking kids) was saying very loudly, “I have not given any hand jobs.” Then one of the boys said. “Bull #$%&! I know you. You’ve sucked tons of C#%&s!” And they went on like that and were still doing so as I walked inside. I was so shocked and disturbed, I felt that I should say or do something, but didn’t. Should I have, and what, or am I just an old mom who should mind her own business?”

I think it’s a great question and is something that can happen to any of us regardless of geographic area.  Here is my response to these mothers  (edited from original form for flow and a small part in brackets added now):

I’m less concerned about the 14-month-old hearing language like that. This child has no context and it will go over his/her head.

It sounds to me like these kids were posturing for the adult’s benefit to some extent. Remember showing off for others at that age? They sound like they were using language (and volume) like that to shock more than anything else. It’s rather immature.

That being said, there is a definite shift these days to sexual behavior happening earlier and earlier. For as much as these girls are talking about the behaviors they perform on the boys my question is this: What are they getting out of it? In my opinion, all of the abstinence only before marriage sex education out there keeps sex impersonal and simply as reproductive biology. It is up to us as mothers to explain to our children the love and caring component of sex and sexuality. And that sexual behaviors have an effect on us emotionally as well as physically. Not to mention the STI risks.

Recall your youth carefully. How old were you when you had your first kiss? Do you recall the age you first experimented sexually… with yourself… with others? Lots of us have successfully blocked this stuff out of our memories. There is enough shame, guilt, and embarrassment around sex that we tend to cut ourselves off.  [I know plenty of women who did not know enough about themselves and what they liked or wanted until they were well into their 30’s.  Was this you too?  Do you yet feel comfortable asking for what you want from your partner?]

We forget that sex is a natural human behavior because we automatically think it’s not for kids. It’s not for young children obviously, but when the average age for first intercourse is 16 and the average age of first marriage is 25, it may be a bit idealistic to assume teens are not “sexually active” until marriage. Were you active before you got married? This is where it is so important to be talking to our kids early and often about sex related topics, making sure to give honest and accurate information along with our own values about sex. Kids know where our buttons are, and if this topic is one for you, they are gonna push it – maybe even in public.

I realize at this point that I have not answered the initial question “Should I have [said something] and what, or am I just an old mom who should mind her own business?”  If you feel that strongly to speak up by all means do so.  Next time you hear this you could say something along the lines of… “If you have sucked tons of cocks, I sure hope you all are using condoms to protect yourselves.”  It’s fear based (STI’s) which is an approach to sex ed that I’m not a fan of and I’m less likely to go there if I say anything. And worry less about saying the “bad words” because I’m sure these teens have heard them all and worse since probably 4th grade. They’re using them aren’t they? You’re not telling them anything they don’t already know.

I prefer a more sex positive, pleasure based response that will get that girl thinking about what she’s getting out of it (which as we know is nothing, amiright ladies? just kidding).  I think I would walk past the girl and say indirectly, “If you have sucked tons of cocks, I sure hope you are getting some pleasure out of it too.” But that’s me and talking about this topic has become second hand.  I’m sure that sounds shocking, and I’m guessing it’s because some of you are not comfortable with the idea of teens and sex and pleasure. (<–Could that be why you were so shocked and disturbed?).  I do think this sort of response shocks them back when they hear you using “their” terminology and also shocks because you are acknowledging the fact that they are sexual beings and not treating them as “kids”.  It’s also going to embarrass them a bit if they are “good kids”.

As far as going to the officials inside that will have limited effect in my opinion.  They aren’t sex educators nor can they be expected to monitor the conversation of all teens in and around the facility.

This is very difficult stuff. I get that. I have two young daughters too. I want to do everything I can to raise my girls to be sexually healthy, happy adults and I think taking the sting out of these behaviors by talking about them in the context of a loving, committed relationship is, in my opinion, the best. And besides, I’d rather have my daughters have their first orgasm on their own and take responsibility for their own sexuality than expect it to come from someone else.

I think it is important to note:  the LACK of information to your children about sex *is* still sending them a very powerful message. Especially when it’s not there to counteract all the misinformation out there readily available to them.  Talk to them early and often using age appropriate accurate info and facts.  Make sure to talk with them about your values as well.  Most kids understand more than we are ever willing to give them credit for.  Most kids do still look up to their parents despite how independent they want to be and I’m sure they will appreciate straight talk.

You may also like...
Related Topics:Children, Parenting, Sex Education