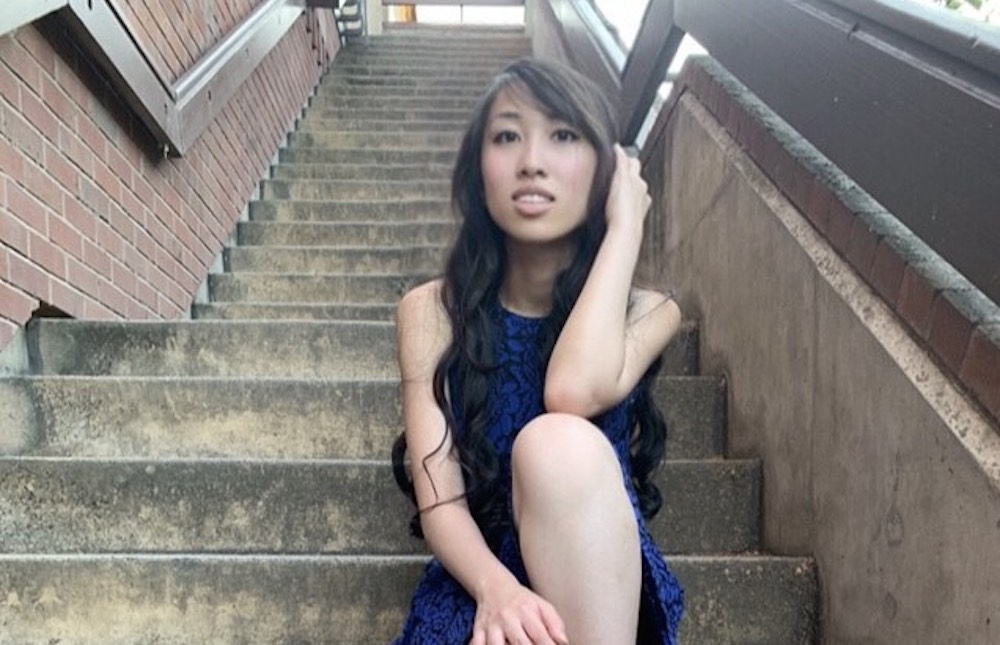 I am a recent college grad who graduated from the University of the Pacific with a double major in Marketing and Management & Human Resources. Many people think I have the beauty (of being mixed Chinese and Vietnamese) because of my past history of competing in pageants (such as Miss California USA, Miss Vietnam Global, Miss Vietnam Northern California, Face of America, etc.) and modeling competitions (such as Maxim Magazine and Maxim Australia *placed 3rd in both competitions*), while being featured in many publishing sites like Famous Birthdays, Omg Asian Babes, and many others.

What many don’t know is that I also have the brains. I was a double major in Marketing and Management & Human Resources while holding three positions in one organization, one position in another organization, and a side job being a content creator which I was able to grow over 160K followers within three years of opening my Instagram accounts. With all of this, I was still able to give back to my community by volunteering. My personal views towards life is to be spontaneous and ambitious. Shoot for your dreams while still having fun along the way. You only have one life so be able to live it to the fullest. I like to live by the line “live like there’s no tomorrow” to push me to do things that are beyond my limits or what I’m afraid to do. The most important thing for me is to make an impact and lasting impressions wherever I go, so people are able to remember me. And I usually successfully accomplish that because many people label me as very mysterious, exotic, and such a wild card. I love to be able to leave that lasting impression that makes people come begging for more.

I actually was approached by a modeling agent at a very young age. I was about five years old when I stole the hearts of visitors at the Disneyland Resort. A modeling agent approached my parents at the theme park giving them their contact information. Unfortunately, we never went forward with the modeling gig. A few years later when I was nine, the second time was at Target (in a city I didn’t live in). A modeling agent happened to be shopping at the same store and spotted me. The agent proceeded to speak with my parents and I about signing with their agency. But then, my parents and I never went through with it because my parents didn’t like me investing my whole life and career into modeling because it wasn’t promising.

Then at the age of 18, I was snapping photos and posting them online where I was selected by PUSH Models, Femme Fetale Media, and many more to rep for their agencies. I continued to have mainstream success throughout the following months – being asked to play in various roles and commercials while also being asked to compete in various pageants such as Miss California USA, Miss Vietnam Global, Miss Vietnam Northern California, Face of America, etc. In 2019, I was ranked 2nd as the Top 10 Models/ Beauty & Makeup / Fashion Influencers in Hong Kong.

I knew I had become an international model at that stage, but I knew for sure when I was 20 years old where I was handpicked by Maxim Magazine to compete in their international competition. Through that, it was confirmed that I was an international model because I had exposure to such a huge audience from all over the world. Just this year, I was also scouted to compete for Maxim Australia which is all the way across the world. So I guess you could say that I have always been in the eye of the modeling industry but I began to be interested in being part of the modeling industry in my late teenage years.

The Transition To Being An Influencer

At the beginning, I separated being an influencer and model. I actually came onto social media and became an influencer because I had an interest in connecting with people and always wondered how public figures and companies built their brand for themselves. So I guess you can say that my business side kicked in where I wanted to learn how to build a brand while also being able to make a lasting impression where people would remember me for who I am and the impact I’ve done.

The modeling aspect actually merged with being an influencer much later. I was afraid that many people would be blinded by my modeling work that they wouldn’t be able to see the real me. Which was why I kept those two separates. After establishing a fan base, I was able to unveil my past, present, and future modeling work. I now use both experiences interchangeably because they both have many similar aspects to the job.

The Hard Work Done Behind The Photos

I try to be as natural as possible. I am not a big fan of photoshop and editing because it takes away the real beauty you were born with. Instead, I take lots of photos like one hundred per setting, so I have a selection to choose from. Sometimes a few photos don’t capture how you actually look like in real life because of the lighting, angles, lens, etc. Also, a fun fact is that I didn’t start wearing makeup until I was 21 years old. I am all about natural beauty and displaying your natural features instead of covering it up. Even now with the makeup, I only wear very minimal – just eyeliner and lipstick – and I am good to go. I just think that makeup actually harms your skin in the long run and that’s why I only wear eyeliner and lipstick.

I think the hard work actually comes from accepting the beauty you were born with and being able to learn how to display it in the most flawless way. Another hard job behind my photos and videos would be to choose which one I want to post when they all look good. I don’t want to spam my fans with photos from the same settings. So I am faced with the issue of choosing the best few photos to post while the rest just sits sadly in my photo gallery.

Do Guys Feel Intimidated To Ask You Out For Dates?

I still get many guys who would stare at me from afar no matter where I am, but they still never have the courage to come up to me to strike up a conversation. But it’s the complete opposite on social media, where I have over thousands of guys in my DMs calling me their dream girl, asking me for my number, to go on dates with them, to meet their parents, some labeling me as their girlfriend, and many proposing to me. And I can understand this because people seem to be bolder online than in-person.

But there have been times where you get a brave guy from time to time who would come up to me and ask me out on a date or for drinks. But because I’m the person that I am, I am very picky and usually think that every guy was out of my league because of the high standards I set. Years have passed from that mentality, and I still maintain those high standards.

I have come to understand that not everyone is perfect and that I need to focus instead on someone who makes me happy in every way and is able to put my needs before theirs while treating me like a queen and/or princess. Some may say that I have increased my standards even more while others may say that I grew to understand what I truly want.

Jade Nguyen Tom – It’s not everyday you get to meet the Virgin Queen who is a mixed Chinese and Vietnamese famous influencer and international model. Put all of the beauty, mysteriousness, intriguing, exoticness, innocence, and purity in the world and you get the sexy Jade Nguyen Tom, whose beauty matches her brains and business acumen, running and leading various organizations while being a double major. Constantly, ranked as one of the hottest models internationally, Jade is one beautiful and sexy lady you never want to take your eyes off after just a single glance.