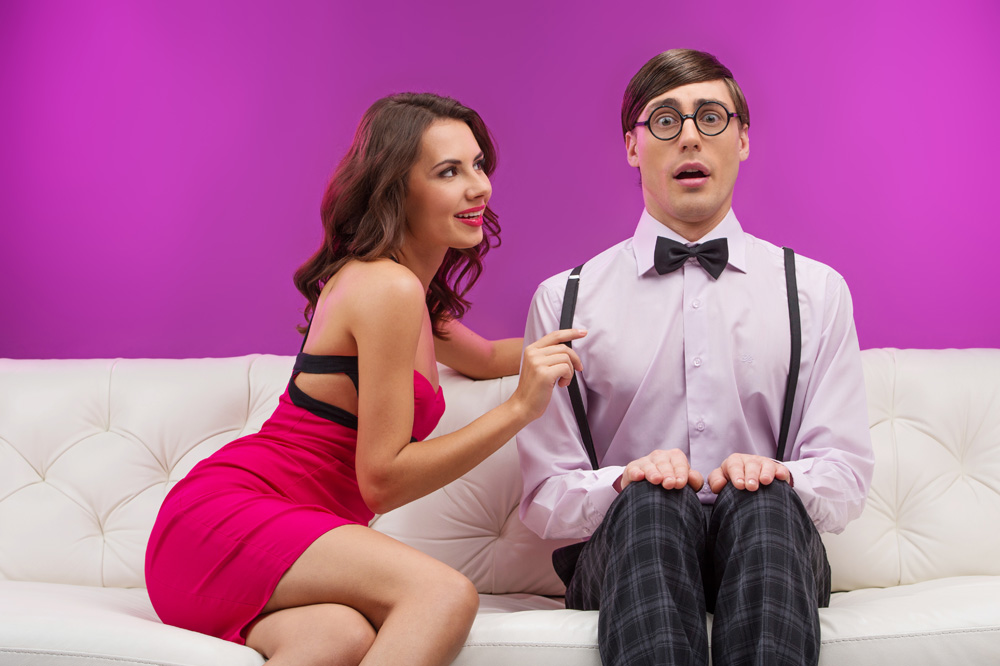 Whether between a heterosexual or homosexual couple, sex is sex. Beyond that however, sex is an addition to body language as it’s a way of communication through touch and sound. You can learn to know someone’s interests through the arch in their back or moans of satisfaction. Even with sex by yourself, you’re able to understand your body better. Some find sex to be a dirty thing and in actuality, it isn’t all about a sweaty race to orgasms. Sex can help with sleep, reduce tension and ease stress. It’s healthy, natural and best between consenting safe playing partners.

I genuinely love sex and would have it every day if I could. Whether it’s in a committed relationship or a no strings attached one, it’s best when we’re both interested in mutual satisfaction. Selfish lovers aren’t welcome here. I like to switch it up by having sex in different positions, places and even acting as someone other than myself. As a matter of fact, at the age of 19 was when I roleplayed for the first time. Using my baseball player Halloween costume, I enhanced the look with heels and surprised my boyfriend at the time. You can say I took one for the team and had many hits out of the park. 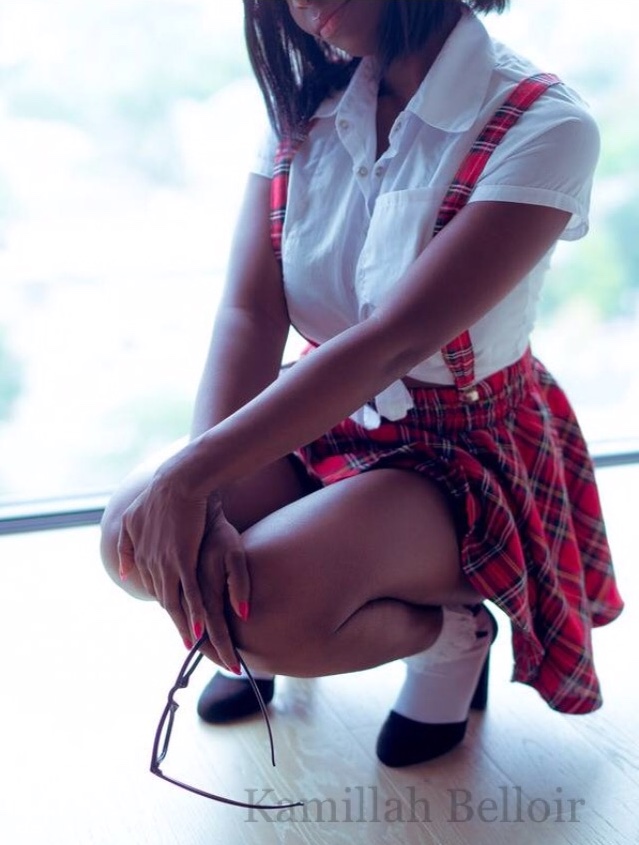 Why Roleplay Is Popular

Roleplaying is popular for spicing things up because new additions are being brought into the bedroom. In some cases, sex and most importantly foreplay, can become quite of a routine resulting in a diminishing desire for intimacy between couples. Roleplay allows for an escape and exploration into a new world while having the ability to try new things. Imagine coming home after a long day of work to your partner laid back on the couch. A note for you reads “Congratulations on your new Dreambot! Kiss, lick and squeeze. Yes, I’m ready to please”.

Acting as daddy’s girl, I generally portray two types of personalities. One being somewhat naïve and innocent, I hesitate but don’t resist. I’m compliant and unbeknownst to me; ready to please.

The other is boldly ready and willing with an “I won’t tell” type attitude. I don’t take control but I’m easily seduced. When it comes to acting as a schoolgirl, I’m sweet but I could be bratty. I don’t care for much and always in trouble. That is, until I get my one on one lesson. 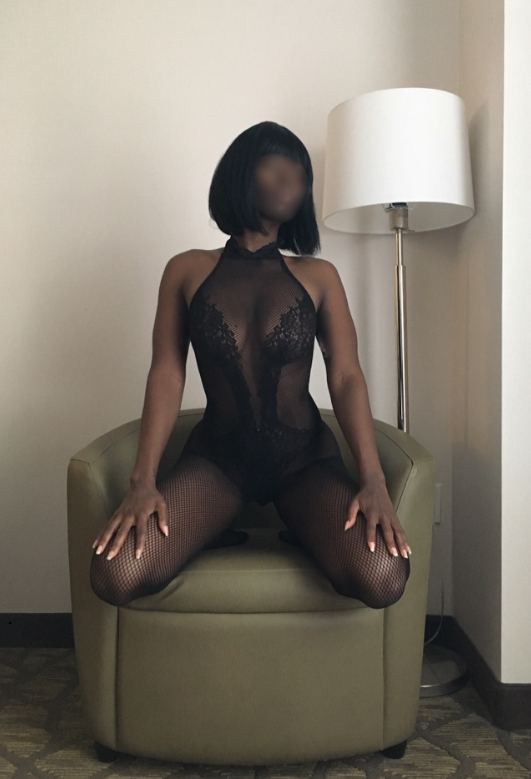 Is Roleplay Difficult The First Time?

When trying roleplay for the first time, it shouldn’t be difficult to act like a character outside of yourself but it may be challenging to take things seriously. You may find your partner and especially yourself fighting away the giggles as you go through a series of dialogue and that’s ok. Burst out laughing, continue or start again.

Don’t expect perfection the first few times because it will be a bit awkward. There are the few that will feel comfortable in roleplay while their partner may be nervous or shy. If your partner stops, don’t break your character in starting over but use that role to help them ease into theirs.

Do’s & Don’ts When Engaging In Roleplays

Participate with a willing partner. No one likes to partake in anything they’re not truly interested in.

Discuss the storyline. Who has what role? What are you interested in and looking to explore?

Do your best at staying in character. Even if you mess up, try again. Encourage each other to continue in the role.

Write a script. This allows for the scenario to flow rather than the delayed responses when thinking of what to say.

Add props and costumes. Sometimes having the full illusion can increase enjoyment.

Talk about your likes and dislikes once the scenario has finished to decide what can be changed for a better experience next time.

Don’t perform acts without prior permission. The fastest way to ruin the mood is having something done to you or another that wasn’t expected.

Don’t assume that just because you initiated a surprise scenario that you could perform anything on your partner.

Don’t expect perfection at the beginning. It will take some time to ease into the roles and especially become quick-witted with your dialogue.

Don’t become upset if your partner doesn’t catch onto the hang of things as fast as you. Patience is key.

Don’t talk out of character. While you may be doing a great job paying off the debt to your “pizza deliverer”, there is no need to remind them at that point that their mother called earlier. 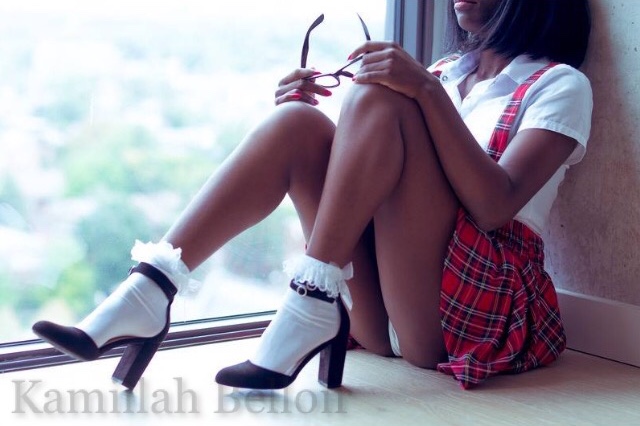 Tips For An Unforgettable Roleplay Experience

To make the experience of roleplaying an unforgettable one, communication should be top priority. You and your partner need to discuss the type of scenarios that will be explored and whether or not the two of you are comfortable in it.

If you’re really looking to step things up, take your scenarios outside of the bedroom. While at work, send an email or a text in character. Not only are you sexting but you’re building up anticipation through extended foreplay. You could also try picking each other up at the bar or grocery store. Acting like strangers meeting for the first time can make for an exhilarating experience.

Kamillah Belloir – The oasis you’ve been looking for. Visit me or invite me out to you. A decision you will not regret.

Recently joining up with ManyVids, I will be creating exclusive content NSFW in both video and photo. If our paths aren’t meant to cross physically, I’d love to play with you digitally.

The oasis you’ve been looking for. Visit me or invite me out to you. A decision you will not regret.