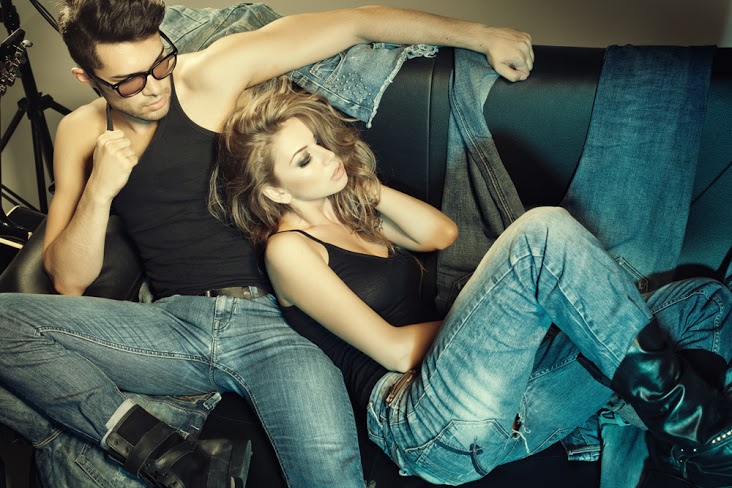 “Failure is an event, never a person; an attitude, not an outcome.” Zig Ziglar

If you’re anything like me, you hate failing. Failing means you’ve made a mistake and that means feelings of guilt, shame, fear, or frustration. Failure also can mean you’ve let yourself down, or worse, someone you care about. You’ve probably heard the saying, “Failure is not an option.” But what if I told you that one of the most valuable things you can do in a healthy relationship* is to invite failure?

Failure is an option. Where does failure come from?

Within the context of relationships, I’m not talking about failure that comes from living life passively, or from cruelty or neglect. I’m talking about loving failure. Loving failure means you’re showing up and you’re doing your best, even when you know sometimes your best isn’t going to cut it. It’s within the embrace of loving failure where you and your partner can achieve greatness. Because failure is gritty and ugly and real. When you fail, you gain new insight or a new perspective that you never would have had otherwise, but that growth comes with a price.

The cost is vulnerability and a willingness to be seen. It means taking responsibility when all you want to do is run and hide. But, when you create space within a relationship that allows for failure, you are giving yourself and the people you love permission to experiment and grow.

So, the question is: Do you want a relationship that offers enough safety and support to the both of you that you’re willing to take risks and to dig deep, regardless of the outcome? If so, then you have to be brave enough to invite failure into your relationship.

Hello, there Failure. Come on in. Make yourself at home.

Having the courage to fail

Too often, failure is the end of a dialog rather than the beginning of one.

What would it look like if you made yourself vulnerable and said, “I’m going to try something. I may not do it well, but I’m going to try it anyway.” How would you feel if your partner recognized you in that moment and thanked you for being brave? What would it feel like if you said something scary, if you took a risk, and your partner responded with gratitude? Would that make you more likely to take another risk down the road? To be brave more often?

Failing Toward Happiness Rule #1: When someone is brave and vulnerable, acknowledge and thank them, even if you don’t like the message itself.

Sample script: “Thank you for being brave and admitting you were wrong. My feelings are hurt, and I need time to dig into that. I know that wasn’t easy to say, and I’m grateful you felt you could share that with me. Let’s talk about this some more.”

Acknowledging when someone takes a risk or makes a mistake does not mean sweeping your feelings under the rug. Instead, allow space for both of your experiences to co-exist. This single act has the potential to transform your relationship in a radical way. When you make it a habit to recognize vulnerability and to show gratitude for risk-taking, you create a framework within which you can both try new things and ask for change without feeling like you’ll be rejected or judged.

Failing Toward Happiness Rule #2: When you fall on your face, own it, learn from it, and move on. And, remember, it’s OK to ask for help.

You are going to fuck up. In fact, I’m willing to bet at some point, you’re going to fuck up rather spectacularly and probably more than once. Don’t beat yourself up. Don’t hide from the truth, even if you feel like you’re drowning in shame, fear, or pain. Don’t let one mistake overshadow everything else. Give yourself space to feel all of your scary feelings and then stand up, admit where you went wrong, be honest, ask for what you need, and move on.

Sample script: “I messed up. I’m going to fumble this, so please be patient as I talk this out. I’ve been unhappy with our sex life for the past few months and I know it’s unfair, but I’ve been faking my orgasms because I was worried about hurting your feelings. I’m sorry. I’ve realized I need more foreplay to get off. I really love the way you touch me, so can we try a few new things that would be hot for both of us?”

The worst thing you can do when you screw up is to play the finger-pointing game. Blame and guilt do not create an environment that encourages vulnerability and support. As tempting as it might be to shift the bad feelings off  you and on to someone else, stop, breathe, and take responsibility for yourself and your feelings. You’re going to make mistakes. When you do, you can either hide from the truth where it will fester and make you miserable. Or, you can do something scary and allow both of you the change to learn and grow towards something better together.

Failing Toward Happiness Rule #3: Talk about failure before it happens and come up with a game plan for how the two of you will deal with tough situations.

You aren’t planning for a zombie apocalypse or nuclear war. You don’t need to create a fallout shelter for your relationship and plan for every possible situation that might go wrong. But, it is a good idea to talk about how you and your partner want to handle conflicts long before anything comes up. You can also start a new practice in an existing relationship by negotiating new rules for how you handle issues and mistakes.

Why would you want to do this? Isn’t it easier to work as a team when you have a basic outline during moments when tension (and emotions) are running high? Relationships often play out like tug-of-war, where you face off against your partner. Someone will win and someone will lose. Someone is right and someone is wrong.

In reality, both of you lose within this framework. It’s as simple as that. When one of you fails and is suffering, the other, by definition, is rejoicing. Because there has to be a winner.

What if you looked at the game differently? What if instead of being opponents, you decided to approach problems as a team? What would it look like if when someone screwed up, you came together to find a way to lift each other up and over the obstacle?

You can turn failure into something bigger and more important than the failure itself. If you two come together in those moments when tension runs high, you’ll have created something extraordinary. Instead of facing off against each other, you can join forces and say, “We got this.” Release blame. Don’t punish each other. Avoid creating an environment that’s hostile to slip ups or mistakes. Instead, have the courage to fail openly. That’s where the vulnerability is. That’s where you find truth and wisdom and growth. That’s how you create something stronger than the individuals in the relationship.

Go forth and fail beautifully. I give you permission to mess up. I give you permission to have a bad day and to snap at your lover and to forget an important date and to ignore the rules sometimes. The question is, will you give yourself and your lover that same permission? Will you create a space where when things get tough, you work together to acknowledge each other’s needs and feelings so that you can find a way around or through the problem?

The test of a strong relationship isn’t how well you deal with things when life is easy. The true test is when you have to face the messy reality of two imperfect human beings coming together and trying to create a life in spite of all the obstacles and the stress and the barriers. Failure can be a tremendous gift if you’re willing to shift your perspective just a little.

Create a safe space for making mistakes.
When things get gritty, work together instead of against each other.
Own your feelings.  Take chances.  Get vulnerable.
Aim for forgiveness instead of retaliation.
And reap the rewards when you come out the other side stronger and more connected than ever.

* Though the language in this article implies a single, monogamous relationship, this same model works for non-monogamy and polyamory.

One Night
The HIV Stigma
Advertisement