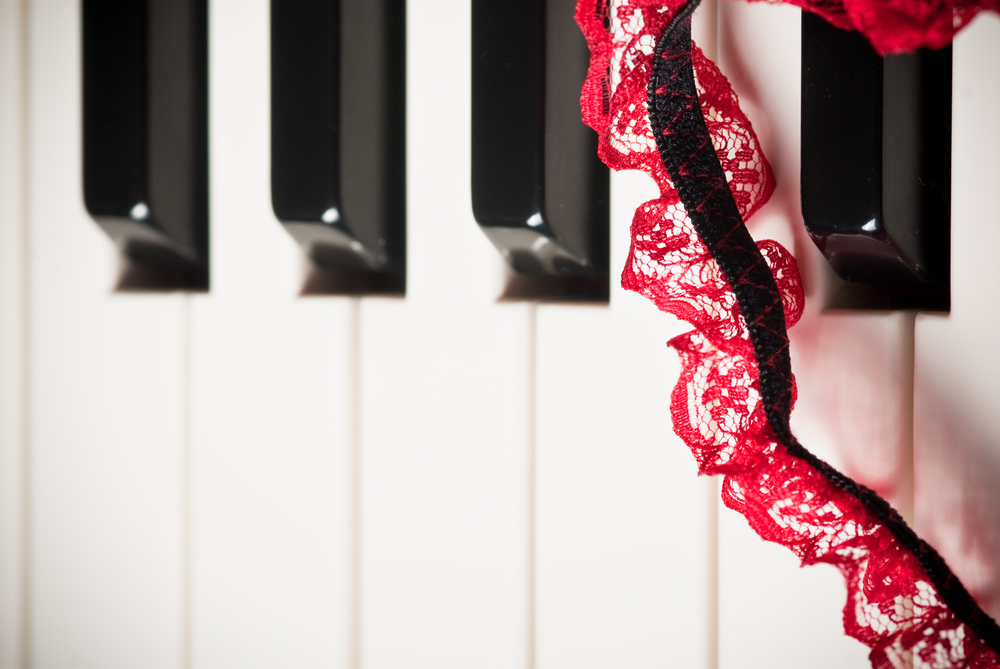 Who says making out has to be a silent lip-smacking activity? While I certainly do not desire to yelp like a puppy in heat or have my partner growl like a grizzly, some of our most intense “getting to know each other” sessions are carried out in the accompaniment of groovy music punctuated with the occasional “Mmmmm … Nice song”. Apart from the must-have tunes such as Black Eyed Pea’s My Humps, and Kelis’ Milkshake that are sure to get the slobber and juices going, here are some alternatives from my playlist that have made those hour-long romping sessions unforgettable. This can be incredibly handy for someone like me who has the tendency to loop my favourite songs but do not really want my partner to freak out when he discovers that I constantly listen to Bruno Mars’ Marry You and Ylvis’ What Does the Fox Say? on repeat.

Savage Garden | I Want You
“Magenta feelings take up shelter in the base of my spine
Sweet like a chica cherry cola”
This is one of my personal favourites and it simply brings out the shiver of lust in you. It doesn’t even matter that you’re unable to catch up with the lyrics because by then, all you’ll probably be concerned about is keeping up with the on-off frenzied pace of the song as the frisky level hits an all-time high. This song is sure to leave you breathless and panting for more.

Shakira | La Torture/ Hips Don’t Lie
We all know there is something about Shakira’s songs that make us pump our fists into the air and sway those awesome boobies and booties to the thumping rhythm. Here are two tracks that simply ooze the ever so sensual “Colombianness” and I have a friend who swears by the latter. Every time she puts Hips Don’t Lie on, her husband’s sure to grip and flip her into the doggy. Talk about primal instincts.

Jace Everett | Bad Things
I have always been the impatient sort who never fail to fast forward tv shows’ opening themes and that’s until I heard Jace Everet on True Blood. While I am not exactly sure if am more captivated by the darkly alluring footage that feeds the morbid in me or fixated by the gritty lyrics, what I do know is that Evert’s rich, seductive growling voice makes me want to unleash those inner claws and rip some skin off my partner’s back while I graze on his lips…

Savage Garden | Truly Madly Deeply
How can anything be more eternal and breathtaking than standing with your loved one on a mountain, bathing together in the sea, lying like this forever until the sky falls down upon the both of you? Sure, this may come across as one of those cheesy star-crossed sonnets from Shakespeare’s tragedies but this is the very kind of romance every girl dreams of. Just imagine making out languidly on a meadow under a blanket of stars with a ridiculously irresistible male specimen (think Matt Bomer) and gazing dreamily into the skis with rainbows, unicorns and all … I think you get what I mean.

Daft Punk | Harder Better Faster Stronger
Whereas the dance-pop duo’s mainstream hit Get Lucky seems to be a reminiscence of one‘s hope to get laid with a gorgeous looking stranger, this lesser-known futuristic tune has a groove that gets the adrenaline flowing. It is fun, catchy and hypnotic at the same time and what’s better than a song with title and chorus that’s simply edging you to pump it on. Kinda motivating, isn’t it?

While spontaneity is generally recommended, putting some effort into a playlist for some planned bedroom fun can yield a few surprising results. One thing’s for sure though, I do not want my partner to wait for Christina Perri’s A Thousand Years to get it on.

You may also like...
Related Topics:Kathy W, Music, Relationships