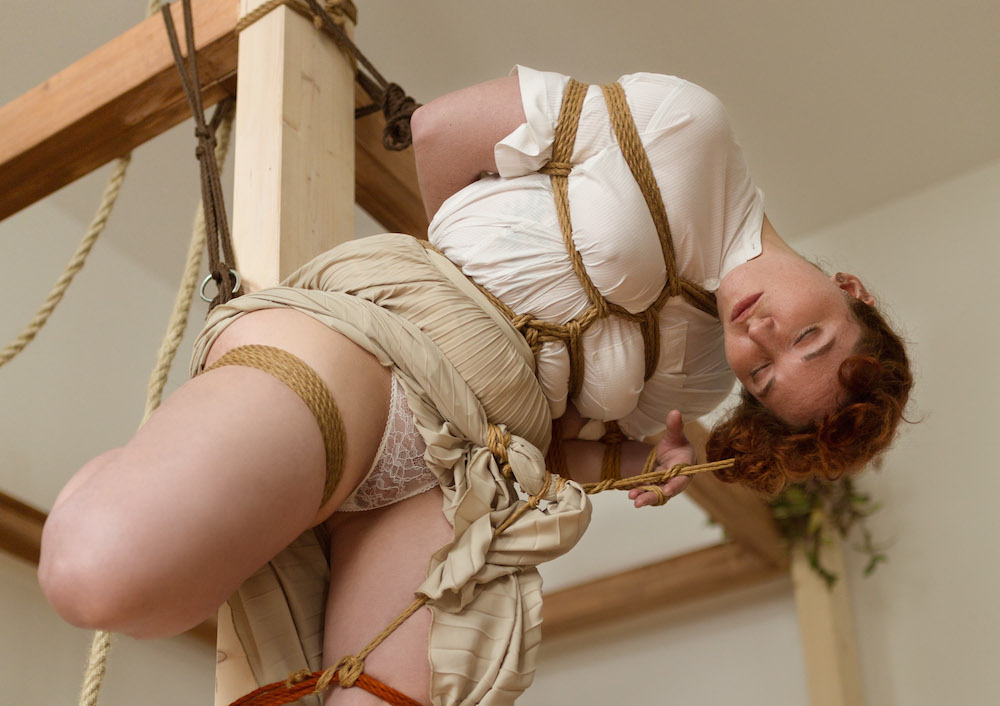 I would say almost every aspect of my life could be considered a practice in alternative lifestyles. I live in a cooperative: a house where everything is done cooperatively among all of its residence, from expenses to cooking to social gathering, everything is shared. I live a non-monogamous lifestyle, where the relationship agreements I make with others do not limit sexuality to be exclusively shared with one individual.

I also identify as genderqueer and have been “out of the closet” since I was in middle school; I even helped to organize the ‘Gay-Straight Alliance” when I was in middle school where we fronted the “Day of Silence” protest among other events. As well, I am also a huge sci-fi geek who dreams of cosplaying their favorite characters, and I am mathematician by training! Without a doubt, I love all facets of kink and alternative lifestyles. I have never been a person who has taken kindly to being told how I should be and what I should do. I don’t necessarily believe that everything mainstream is bad!

But I do believe that everybody should be able to explore freely for themselves who they are and what they like, and to be able to do that without fear or exclusion from society. I think judgements about how one should be do not just come from mainstream society… how many times have I been told I am “more queer” when my hair is short? Or that a real feminist cannot be submissive? Or that my rope is not “Japanese enough”? Why should we listen and be shaped by such voices? Voices that oppress me? I think I make it my life mission to say “NO” to such voices.

For me, it does not matter where such voices comes from, they are still boxes formed by judgements that tell me I must be a certain way or I cannot be. We should spend our time lifting each other up, especially in alternative cultures; we are fighting for our freedom to be ourselves – making war has casualties. And when we are few, those casualties can mean extinction. There is room for us all to be kinky and weird. Let’s not let the illusions of money, fame, and capitalism make us forget that.

How My Interest In Kinbaku Started

It’s a cute story, I think, about how I discovered Kinbaku. In the summer of 2014, a close friend of mine had returned from her first Nowhere Festival in Spain (a festival inspired by the Burning Man Festival in Nevada’s Black Rock Desert). As soon as I saw her to receive all her stories about her experiences, she began to tell me about a love affair she had with an Italian guy there, who swept her away by tying her up in his tent. And how she was so taken by this experience that she decided to go to Italy to visit him and to take some rope bondage lessons with him.

She then proceeded to ask me if I would take a beginner’s course with her in Berlin, where we both lived, as soon as she was back from Italy. And as you might expect from somebody who grew up in San Francisco followed by Berlin, my answer was a very unbothered “sure”. Since I was young I was always aware of my perversions. I often fantasized about being watched while I was in the bathroom, or being used by somebody sexually in public locations. I always knew I had a strong desire for submission, to put it generally, but I never really thought about the means to my submission much, such as bondage or pain, for instance. Perhaps they were always there, and sometimes would appear during sex in the bedroom, but never with much awareness.

Living in San Francisco, a city where alternative lifestyles were the norm, kink was always around me; kink.com made up an entire block in the center of the city and it was normal to see people walking around naked in the streets. I remember having to sit down with myself in my early 20s, having to contemplate if polyamory was really for me or if I was merely complying with social norms! So as you could imagine, my perspective on reality was quite non-normative to begin with.

And so kink has been around me casually since the start of my sexual exploration without much effort, and with that as well a lack of interest in really pursuing it as a lifestyle; like never managing to go to the museums in your hometown, kink and bondage just was never something that I really bothered to actively pursue… until the beginner’s course in rope bondage in Berlin!

My friend and I attended a two day beginner’s course hosted by a person named Caritia and her partner at the time, Steven. I had an expectation that I would like to be tied, which was confirmed, but was surprised to find how much I also enjoyed tying! The playfulness, the intimacy, and the creativity my close friend and I were able to share during these two days was inspiring. I loved both sides, but of course my sexual desires really called for me to explore being tied the most! After this workshop I proceeded to go to as many jams and workshops as possible – and the rest is history!

Luckily, living in Berlin, there was a lot going on at the time, especially at a venue formally known as Schwelle7, run by a now dear friend and teacher, Felix Rucket. It was there that I was able to go deep into rope bondage; it also happened to be the place where twice a year some of the most experienced people in rope bondage from all over the Europe would gather to exchange knowledge and, most importantly for me, play together.

At Schwelle7, I was able to form close relationships with people that also involved rope bondage. And of course these relationships did not form over night; they took time and energy. But after years of meeting the same people in what was a small community at that time, and living, moving, breathing together, you become familiar with each other. And relationship dynamics form between everybody. As in any community. And the beauty of this development is incredibly fulfilling, and is what kept me coming back.

If you want more of something in your life, then you need to invest your time and attention. Going to rope bondage and kink workshops, jams, and events gave me knowledge, experience, and community. And not once did I ever think of achieving something, but rather simply investing more in what I want in my life and enjoying every step of the process.

What I Experience While Being Tied Up

This question is both very simple and very complicated. It is simple because I always try my best to always do the same thing when I am being tied: be present in the experience I am having and allow all reactions permission to be expressed exactly as they would like to be expressed. And it is complicated because this is hard to do! And there is absolutely no recipe for doing this, not even for myself! We are all so different from moment to moment; my mood, emotions, and physical fitness are constantly in flux and there is not so much I can actually control, as I see it.

Sitting with these emotions in a container that is a session, feeling and processing them, and coming out on the other side to see what the world has not ended and the person who has witnessed me in these feelings still cares for me has had a profoundly positive affect on my life.

As well, in terms of my physical body, my background as a ballroom dancer and competitive swimmer has given me a lot of insight that has been easy for me to transfer into my experience in rope bondage. Developing insight into how my body moves in space and feels when pushed has allowed me to cultivate an awareness of what is happening to my body that tells me when it is ok to push and when it is not.

Saara Rei – A Stockholm-based performer, rope artist, and kink educator with a professional background in modern and ballroom dance, as well as teaching and public speech coaching. She has been practicing Japanese-inspired rope bondage, often referred to as Shibari or Kinbaku, since 2014.

Photo credits as above

Saara Rei is a Stockholm-based performer, rope artist, and kink educator with a professional background in modern and ballroom dance, as well as teaching and public speech coaching. She has been practicing Japanese-inspired rope bondage, often referred to as Shibari or Kinbaku, since 2014.