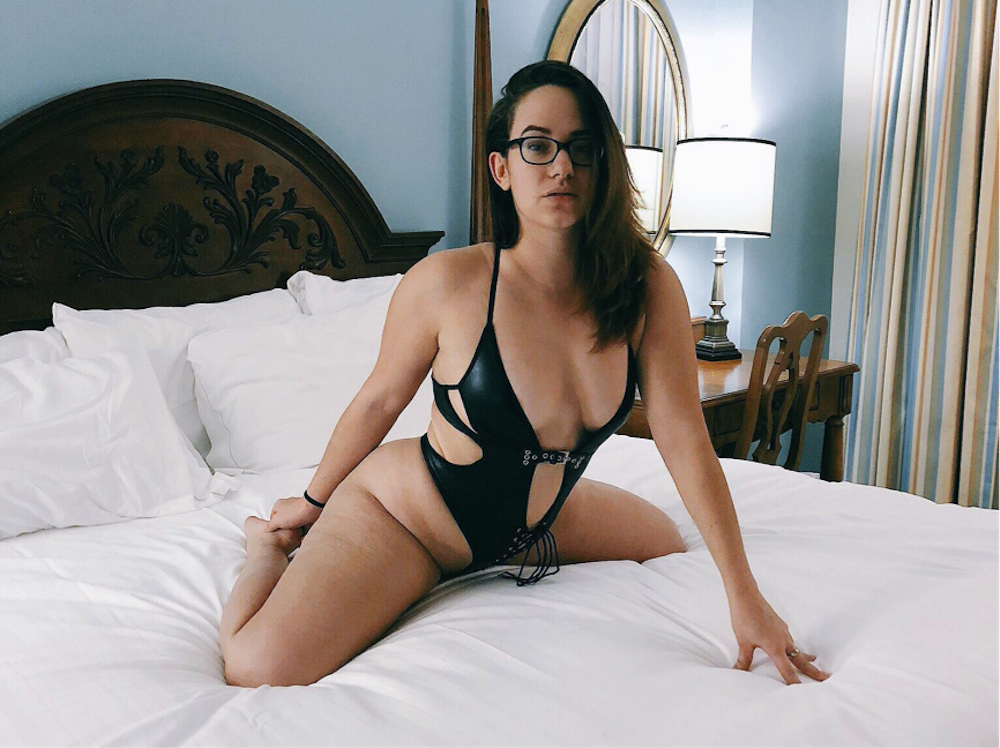 I personally dislike the idea that a kink lifestyle is “alternative” at all. Everyone has fetishes – whether or not their fetishes have become socially “appropriate” or not is really what people are talking about when they separate what’s “kink” from what’s “vanilla”.

I believe that each person deserves the right to live out their fantasies in a way that is safe, sane, and consensual; often, this means turning to a sex worker or professional who can guide them through finding the best and most healthy ways to engage in their fetishes. 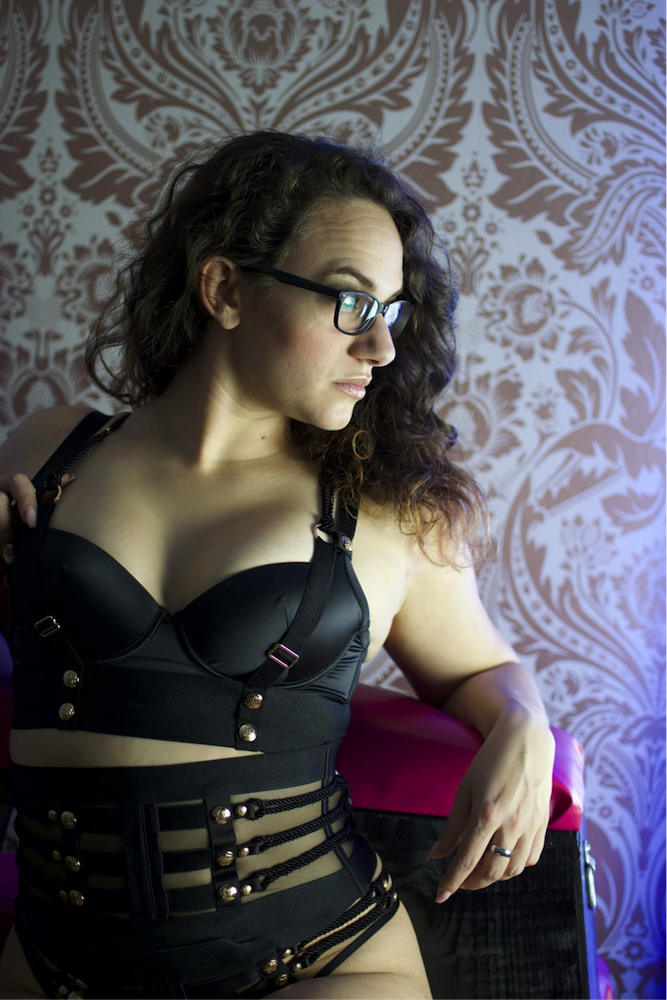 In the early 2010s, I helped run kink discussion groups in Philadelphia, and those experiences encouraged me to start camming. Soon after, I began dating someone in Brooklyn who asked me if I’d try being a little more dominant with them. Years later, they wrote about that first night, saying “It was like you picked up a basketball and realized you were Michael Jordan.” (To this day, that’s one of my favorite things anyone has ever said about me.)

I have a habit of monetizing my passions, and I was also feeling uncomfortable being submissive while camming, so I switched gears and started my domination career. In January of 2018, I officially shut down my life coaching and other businesses and made domination my full-time career.

Was The Experience What You Thought It Would Be?

Well, I started out from more of a lifestyle domination standpoint, so I think I had a different approach than most from the get-go. I’m not going to say I didn’t make the classic “online domme” mistakes when I started out, because I SO did, but I think most of that was just me trying to mimic others instead of just being myself. It took me a while to figure out who I was as a Domme, and I actively endeavor to grow and learn more about who I am as a Domme every day.

I’d say my biggest expectation going in was that I could always trust the subs, clients, and customers who approached me, which I quickly learned was NOT true. One of the best things I’ve learned as an online sex worker is that words are empty and actions speak volumes. 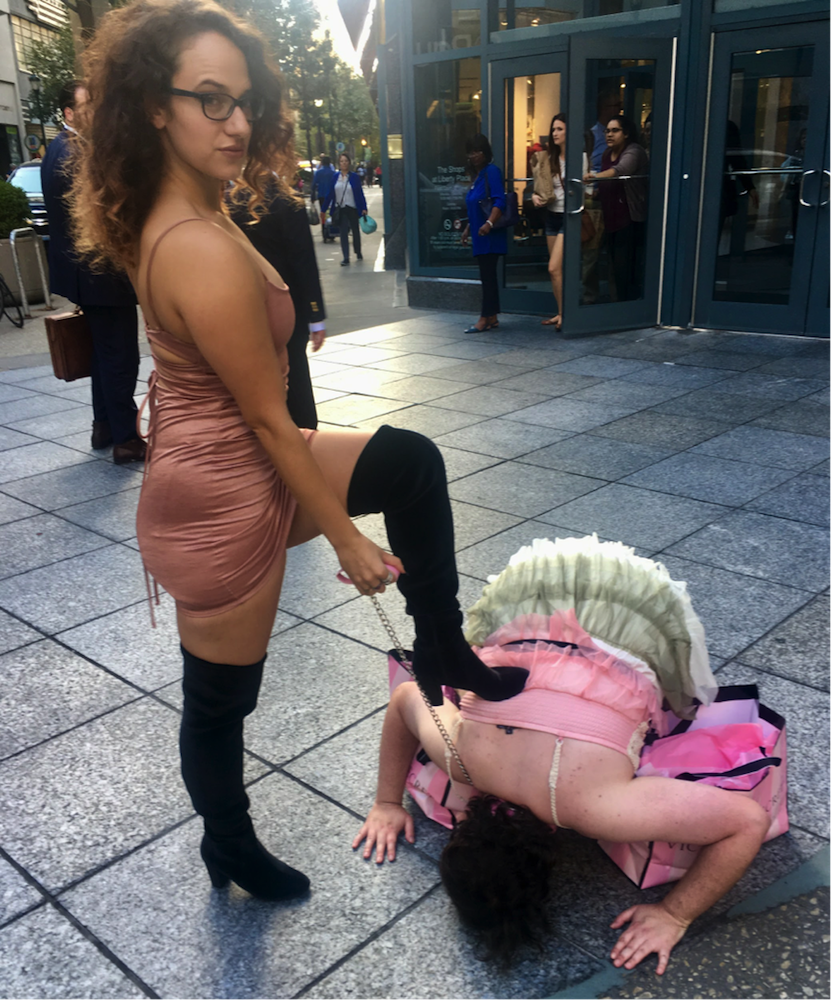 I would say yes – although, it depends on what you’re looking at. Mass media depictions of “domination” often showcase abusive and/or unrealistic encounters which leave people with the impression that a) abuse is “kinky”, b) domination is all about sexual or painful interactions, c) aftercare doesn’t exist, d) domination requires little to no education, and more unsafe/unsavory misconceptions.

So, to the general uneducated public, I would definitely say that domination is a lot more difficult than it looks. There are so many aspects of domination that are not depicted in works like “50 Shades of Gray” (more like 50 Shades of Massively Abusive and Manipulative Behavior, if you ask me) and click bait articles about how “Woman Makes Thousands of Dollars Humiliating Men on the Internet!!”. People are shown the ‘outrageous’ sides of domination, but not the raw, loving, and educated sides.

This is dangerous for many reasons, one of which being: people (especially women) are trained to believe that those horrible, manipulative, and abusive situations and actions are actually SEXY, which leads to literally dangerous encounters where people can be hurt both physically AND emotionally.

When I was running my life coaching company and my domination business was a side venture, I had a lot of people asking me things like, “How do you reconcile that? On the one hand, you’re building people up, and on the other, you’re breaking people down!”- to which I’ve always simply answered: “I’m in the business of dream fulfillment.”

It honestly breaks my heart that so many people think domination is about breaking someone down. That’s such a simplified approach to what is an incredibly nuanced and multi-faceted field. Yes; if a sub is interested in humiliation or degradation or any similar fetish, there are definitely elements of that which come up in the dynamic (relationship). But those elements are there to give the submissive a safe space to engage with their interests and NEEDS – not to ruin them, their lives, or the lives of anyone around them. If there is any “breaking down” in the dynamic, I’m not breaking down the PERSON, I’m breaking down any harmful or limiting barriers that have negatively impacted their lives or their connection to their fetishes, or even basic needs.

I have sent subs home from work when they had pneumonia, helped them leave relationships that were toxic, inspired them to find better jobs, enforced better hygiene and eating habits, and more. When I own someone, I take responsibility for them. I am now the person who holds their health, their happiness, their relationships in my hands. I take that seriously. I never stopped being a life coach, I just now also get to kick them in the balls, too. 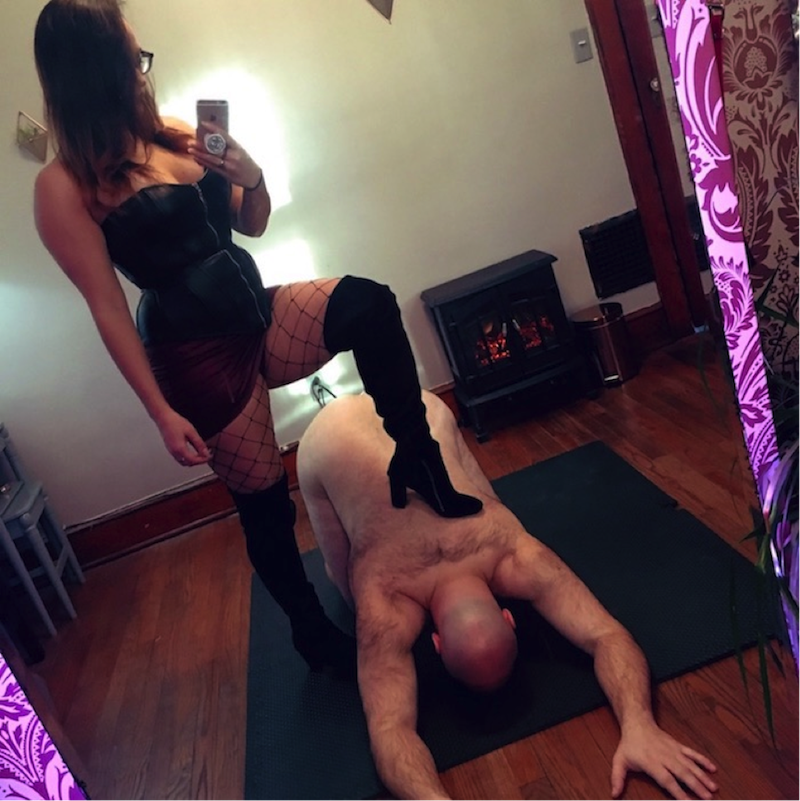 EDUCATE YOURSELF. If you’re interested in a fetish, LEARN about it. Find someone who is trained in it, hire them to consult with you or train you. If you’re not interested in actually investing in this and treating it like a business, and if you’re not willing to make sure you are providing the safest and most professional experience for potential clients, you really have no business in this industry.

I’m not trying to put anyone down or make anyone feel like they are unwelcome, but this is about literally putting people in danger. If you are not well-trained and completely cognizant of your effect on potential subs/slaves/customers/clients, you are actually putting others (and even yourself) in physically and emotionally dangerous situations. I started off by making a FetLife account, consistently refreshing the “random fetishes” page, and researching anything that popped up that I didn’t know anything about. This also gave me a very clear idea of what I was into and what I wasn’t, which is IMPORTANT. If you aren’t completely clear about your limits and needs, it is impossible to really lay a foundation for a sub to do the same. Also, it leaves space for the Dom(me) to be taken advantage of by ‘subs’ who top from the bottom (actually dominate the situation under the guise of being submissive) and try to haggle (that’s not ‘being bratty’, it’s just disrespectful).

So, I guess for me, it comes down to education, clarity, consistency, communication, and compassion. Without any one of those things, there is potential for physical or emotional distress, on either or both ends. These are real people with real lives!! If you are incapable of treating them as such, you are creating a toxic and abusive environment, and that is just not domination. I always say, “The line between domination and abuse is the moment the dominant doesn’t respect that any power they have was GIVEN to them by the sub.”

Domination (and submission) can be intensely rewarding and fun – but without a safe, sane, and consensual environment, all you’re doing is monetizing being abusive. Be safe, educate yourself, be compassionate, and most of all, have fun!!

Fox Ryker is a professional traveling Domme based out of Los Angeles. She’s a stickler for limits, loves exploration and pushing boundaries, and operates with moderate to high protocol. She loves spending time and sessioning in NYC, Baltimore, Orlando and Philadelphia. She’s sadistic and playful, and puts health, reliability, loyalty, and communication above all else. Her primary interests include humiliation/degradation, financial domination, foot worship, chastity/keyholding, and sadism

I offer sessions globally, as long as travel is paid for. Upcoming tours will be announced on my social media accounts, specifically Twitter. I am always available for interviews and features. I also provide kink coaching for those who need the help of a professional to find healthy ways to engage in their interests, but aren’t looking for a Domme, and business coaching for those interested in joining the industry.

Goddess Fox is a professional traveling Domme based out of Asheville, NC. She’s a stickler for limits, loves exploration and pushing boundaries, and operates with moderate to high protocol. She loves spending time and sessioning in NYC, Baltimore, Orlando, Philadelphia, and LA. She’s sadistic and playful, and puts health, reliability, loyalty, and communication above all else. Her primary interests include humiliation/degradation, financial domination, foot worship, chastity/keyholding, and sadism.