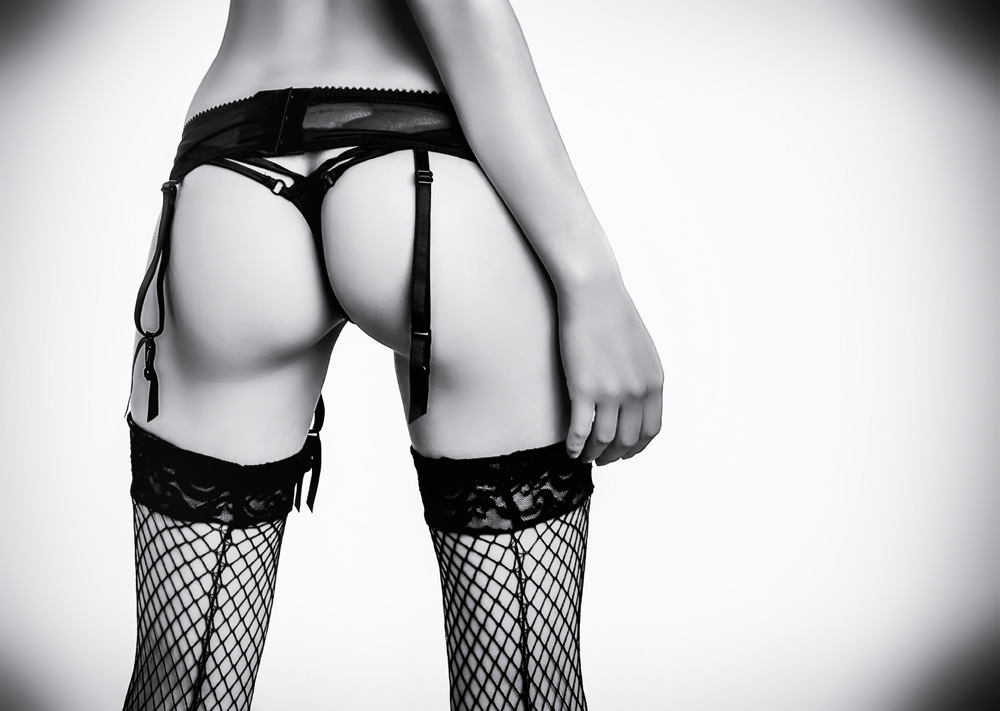 I find myself spending a lot of time reassuring my clients that they’re “normal”, and that is sad to me. I wish our society was more accepting of fetishes and kinks, but I do think we are moving in the right direction.

In my modeling work, I shoot custom videos. I’ve catered to people who like bondage. People who like tickling. I even shot 200 still photos of nothing but the inside of my mouth, for someone who had a mouth fetish.

I can’t explain a lot of fetishes, and I’m not sure the people who have them truly understand where they come from, either.

I personally have a 1960s flight attendant uniform fetish, and it’s just something that visually excites me. I really can’t explain it! 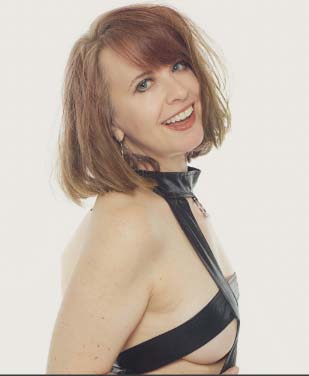 How I Got Started Into Fetish Modeling

I had no choice! I’ve always had office jobs, my entire adult career, until 2008 when the recession hit, and I was laid off. I had just purchased a home in Los Angeles. Needless to say, my mortgage was through the roof, and I had no idea how I was going to pay it. A good friend of mine told me I was photogenic and that I should try modeling. I scoffed at him—I was 42 years old and 5’1”, until I realized at one point that I had sent out 500 resumes and gotten no replies. I was liquidating my stocks and needed to act to start bringing in money.

My friend explained he hadn’t been suggesting runway modeling, but that there were many avenues open for older women, including glamour and fetish. I really had no idea at that time what fetish modeling involved, but I was willing to try.

I paid a photographer to shoot my first set of modeling pics, put them up on Model Mayhem, and before I knew it, I had photographers willing to teach me the ropes in exchange for photos. A photographer in Tampa contacted me and offered to connect me to fetish producers down there, and he also recommended I set up a profile on Fetlife.  Then I shot with the legendary Ken Marcus, which really shot my career to the next level. I definitely got a crash course in fetish, shooting in Tampa. I worked with several great producers, including Charlee Chase and Jerry Badman, doing everything from “ear fetish” and hair washing, to extreme damsel in distress bondage. I couldn’t believe I was being paid so much money for what I thought was easy work! And getting to travel on top of that, was the icing on the cake.

After working with other producers, I realized the best thing for me to do was set up my own clips stores. I loved the freedom and independence of producing my own content and started shooting custom videos. That’s now where I make the bulk of my money.

Challenges I Faced As A 40s’ Fetish Model

One challenge is working with models who are significantly younger. Sometimes it can be hard, wanting to compare your body with theirs. But I realized that even young women have cellulite!

With glamour modeling, a lot of photographers can be ageist. They simply won’t work with older women, even though many of them are MY age. They prefer tight young 20-somethings, and sometimes they have ulterior motives with them, too. They know an older woman would be on to the games they play, so they won’t hire us. 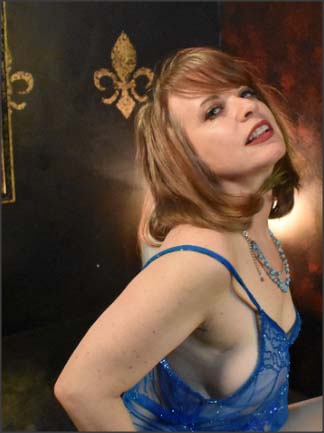 Ha! So many. First off, that we’re all easy and sleep around.  Or that we party all the time.

I remember the first FetCon (a convention for people in the fetish content industry that takes place in Florida every August) I attended — many of my fellow models didn’t party. They stayed in their rooms playing RPGs or video games,  because they’re total geeks. Or going to bed early. And many of my hottest fetish model friends seem to be perpetually single.

It can be hard trying to date, doing what I do for a career. I find that people tend to either be intimidated by it, or overly titilated by it. Or they assume that I’m into every kink in the book, simply because I’m essentially an actor who pretends to like every fetish I shoot. But honestly, very often, it’s JUST A JOB. I wish more people could wrap their heads around that. 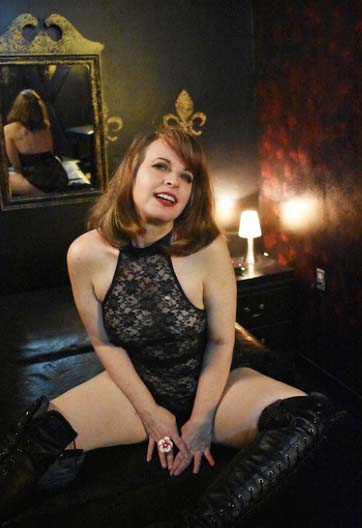 I would say, don’t let your perceptions about society’s judgment hold you back. You’d be surprised how welcome older women are in this profession.  One good thing about being older is that many of us don’t have to worry about what our families will think if they find out. Both of my parents have passed on. And I really only have my nieces and nephews to be concerned about. Most of them know what I do, and have no problem with it.

Also, at this age, it’s not likely I’m going to want to be a doctor or lawyer or some profession where my nude pics, or photos of me tied up with a gag in my mouth, are going to cause me to lose a vanilla job.

Get a professional photographer to take some photos of you, then get on Model Mayhem and Fetlife, and start hustling for work. But be sure to do your due diligence and check references for all the photographers who want to hire you. Even older women can be prey for creeps, but models are very good at looking out for each other in this business.

Miss Pandora has been called “the sexiest cougar on the web.” She lives on the east coast and does shoots and sessions in New York City, Philadelphia, Baltimore, the DC area and occasionally travels to the west coast. She’ll be available at Fetcon in August 2019 for select bookings.  Send a message to missp@sexypandora.com for custom videos, shoots, or sessions.

Miss Pandora has been called “the sexiest cougar on the web.” She lives on the east coast and does shoots and sessions in New York City, Philadelphia, Baltimore, the DC area and occasionally travels to the west coast. She’ll be available at Fetcon in August 2019 for select bookings. Send a message to missp@sexypandora.com for custom videos, shoots, or sessions.