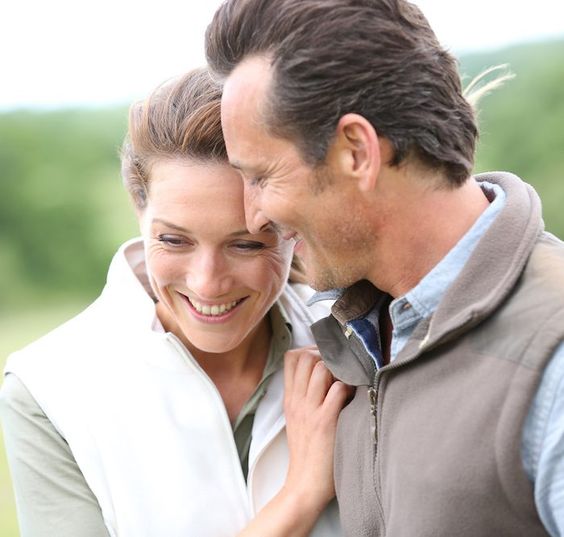 There are so many clichéd sayings aimed at seniors. Some are positive: ‘I bet you feel young at heart’, or ‘your age is just a number.’  But far more are dismissive. Older people are considered ‘over the hill.’ Seniors in film and television are particularly prone to the fallout of a culture focused on youth.

But this is all rather ridiculous because one of life’s certainties is we all grow old. Another fact is seniors are looking after their health these days, living longer. They are also dating, in many cases enjoying love lives younger people would be jealous of! So here are five aspects of senior dating you might not have been aware of.

If there’s one aspect of adult dating that illustrates the different perceptions between old and young it’s physical appearance. Youngsters will tend to rate someone’s appearance as being a priority. But do drop-dead gorgeous looks really out-rank a dull personality; or even worse, a self-obsessed one? Having more experience in life, seniors have cottoned on to the fact that beauty is only skin deep. Compatibility and shared interests and passions are what count.

The ultimate goal isn’t a trip down the aisle

A lot of younger people use dating apps or websites try and hook-up with someone who might become a partner. Before even embarking on this quest they might secretly be hoping to get introduced to ‘the one’; the person who will eventually accompany them down the aisle. Seniors may well be keen on getting hitched again, but if they are divorcees, or widows/widowers, with extended families, they’ll be quite happy keeping thing casual. Senior dating is far more focused on companionship than longer-term aspirations – although romance is still all-important.

Nights out are to be savored

Seniors might have spent their earlier days doing the same things the current younger generation love doing – partying, drinking in bars, socializing in lively nightspots. Age brings a sense of discernment. Okay, let’s call that fussiness, and why not! Some get to an age where they’d rather appreciate the finer things, like dining in sumptuous restaurants (especially if their retirement lump sum ensures they can do this as often as they want.) With so much emphasis on eating well these days, not to mention wall-to-wall TV cookery shows, senior dating often involves sharing a romantic home-cooked meal.

Monogamy plays in important part in dating when you are younger and seeking a companion you can fall for, with trust a major issue when it comes to online matchmaking. This is less so for seniors. This doesn’t mean older people like playing the field, as if maturity is somehow making their hormones run wild! It’s merely an indication that older people are looking for different things in a relationship (or relationships.) Perhaps they have one companion they take out for a drink on a certain day. Another who shares their passion for ballroom dancing, and so on. When it comes to a physical relationship they will still tend to prefer monogamy. But senior dating is very much about individual needs rather than what society expects.

The offline world is best

For all that a lot of older people are far savvier with IT these days, there is still an element of wanting to leave noisy, 24/7 social media to the youth. Seniors may well flirt online with as much verve as someone younger, but they’ll be more likely to prefer old-fashioned face-to-face encounters. Senior dates aren’t conducted via a computer screen, they involve meeting in the real world.

Like to publish or promote your article on SimplySxy? Drop us an email at editorial@SimplySxy.com!

The New Rules Of Lingerie: 3 Pieces Of Advice For Every Woman
How To Test For Low Testosterone At Home And What Foods To Avoid For Treatment
Advertisement