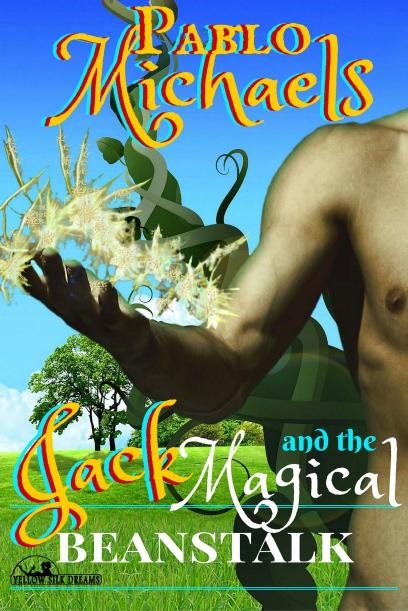 In this adult fairy tale young, awkward, young Jack sells their prize cow Pearly White for magical beans, naively, to a strange man in a red bikini, but Jack’s mother, Lorene, does not believe the beans will grow into a giant, magical beanstalk, high above the clouds.

After ascending the beanstalk to a land where a Giant, Slave, serves his larger Master, who hoards golden treasures, Jack attempts to escape the wrath of Master and Slave with the gold treasures, while meeting a gorgeous naked man, Sam, his own size. How will Jack resolve his unending infatuation for Sam that has grown into love, and bring more gold treasures home to the farm for his mother and the farmhands, Zeke and Adam?

“Mother, Mother, please don’t cry. I will go to town and find work,” Jack pleaded, trying to ease her woes.

“No one will hire you, Jack. You’ve tried before. They always call you the wimp,” the poor widow said. “Take Pearly White to the market. We must sell her. The other cows aren’t fit to sell. She is the best milking cow around. With the money, we’ll buy food and start a shop. You are eighteen now, and your talent with words will convince someone to buy Pearly White for a good price.”   They had named their prize cow, Pearly White because she was completely white with no shades of pink on her teats or udder. Jack looked into Pearly White’s big brown eyes, full of sorrow. Jack tied a halter onto her and led the cow down the long, dusty road to market. He walked and walked and walked until he came upon a man wearing only bright red bikini underwear. Jack had almost reached the market but stopped to chat with the peculiar looking man.

“Good morning, sir.” Jack wondered how the man knew his name.   “And where might you be going with that fine cow?”

“I’m off to market to sell her,” Jack answered. 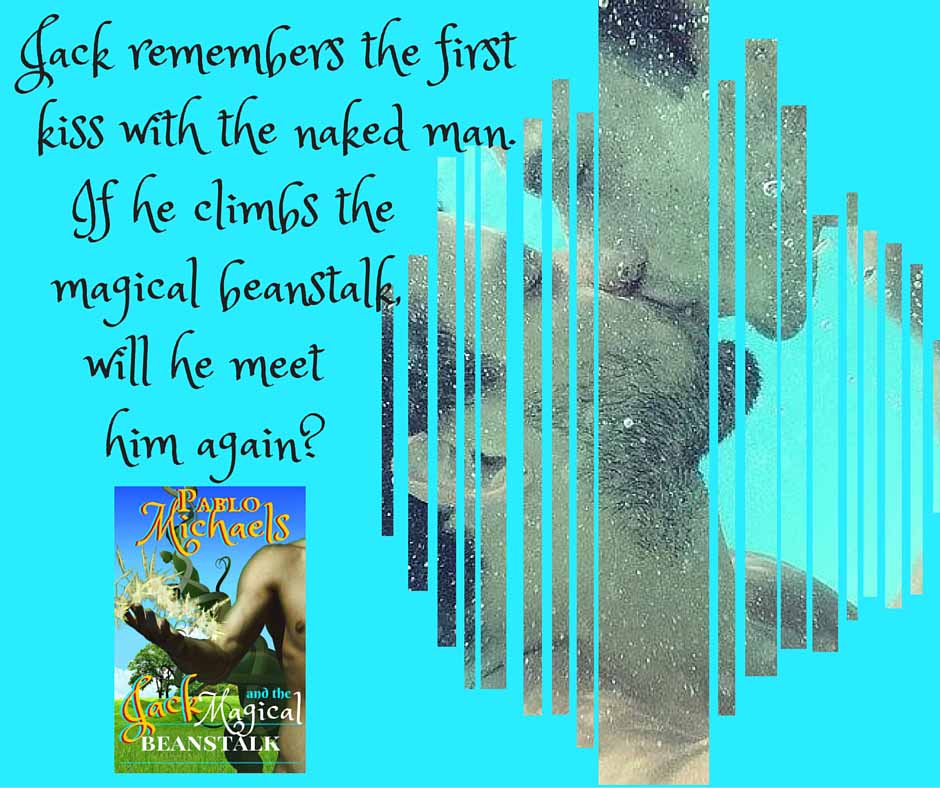 “Ah, but you must be a smart and cunning young man,” the strange man offered. “You look like the intelligent sort to sell cows. Can you tell me how many beans make five?”

“Oh, sir, that is too easy. It is five. You have one bean in each hand, one in your mouth, one in the crack of your butt, and one in your crotch.”

“Oh, you are right. You are truly gifted and have smarts. You will go far, my handsome young man. The beans are magical. I dare say I would trade you my five magic beans for your cow.” There was a twitch in the strange man’s crotch.

“But I would be a fool to trade Pearly White for your beans.” Jack laughed lightly. He was amused by the twitching under the man’s bikini. He liked the man, especially the way he was entertaining him, but knew better than to trade his cow for just the beans.

“These aren’t ordinary beans. Like I said, they are magical. You don’t know what these beans can do. If you plant them by nightfall, they will grow right up into the sky, past the clouds by morning.” 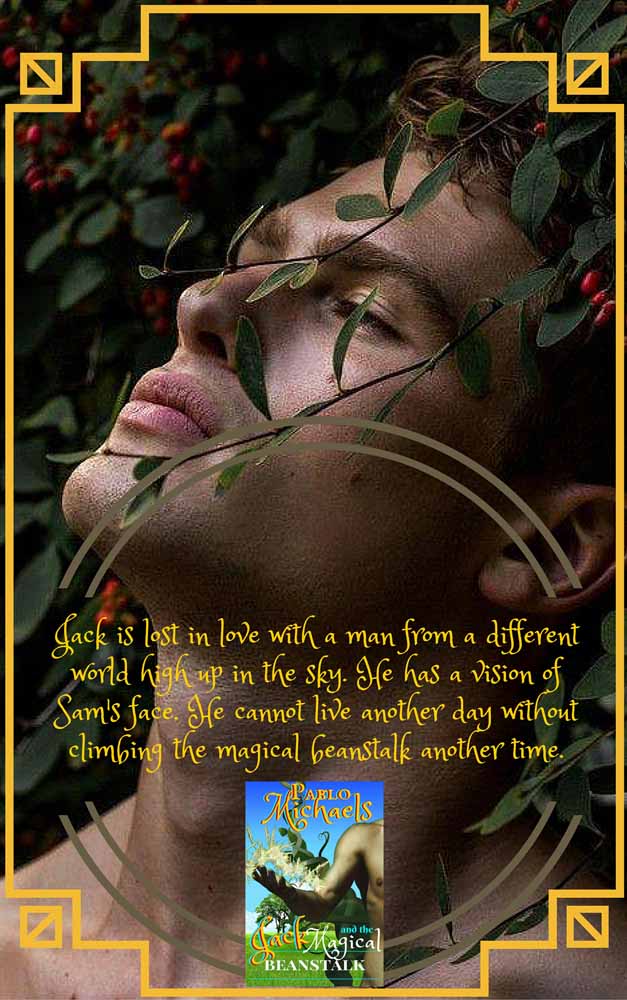 “Really? So you say?” Jack responded in disbelief.

“It is the solid truth. If their magic doesn’t work, I’ll refund you your cow. You will become rich and attract every man with your wit and fine looks.” There was more movement in the man’s crotch. The man’s dick was moving.

“Oh, sir, that is indeed a very fine offer for Pearly White. My poor mother will be very pleased.” Jack handed the tethered halter on Pearly White to the man.

“Kiss me, and you can have the first bean.” The strange man leaned toward Jack.

Jack leaned forward until the strange man’s lips touched his. Jack’s tongue then explored the man’s mouth until it curled around an odd shaped bean. He stepped away and placed his hand to his mouth. To Jack’s astonishment the bean was shaped like a small penis.

“Put that bean back in your mouth and find the one in the crack of my butt with your tongue.” The strange man turned around. “I’ll warn you, I’m ticklish there.”

Purchase Jack And The Magical Beanstalk at:

You may also like...
Related Topics:Erotica, Jack and the Magical Beanstalk, Pablo Michaels