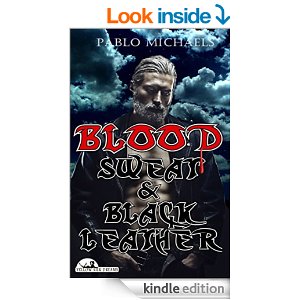 Damien Lieberman has two men to choose from, David Wilder, a man from his past, whose love he must gain to release his guilt, and Gabriel Tivoli, an acquaintance from his past, who offers Damien eternal youth, beauty, love and life to walk the earth as one of the living dead. Damien chooses to meet Gabriel in Lone Oak Cemetery at midnight on Halloween in a horrendous storm, but his feelings are torn between reuniting with David and building a new relationship forever with Gabriel. 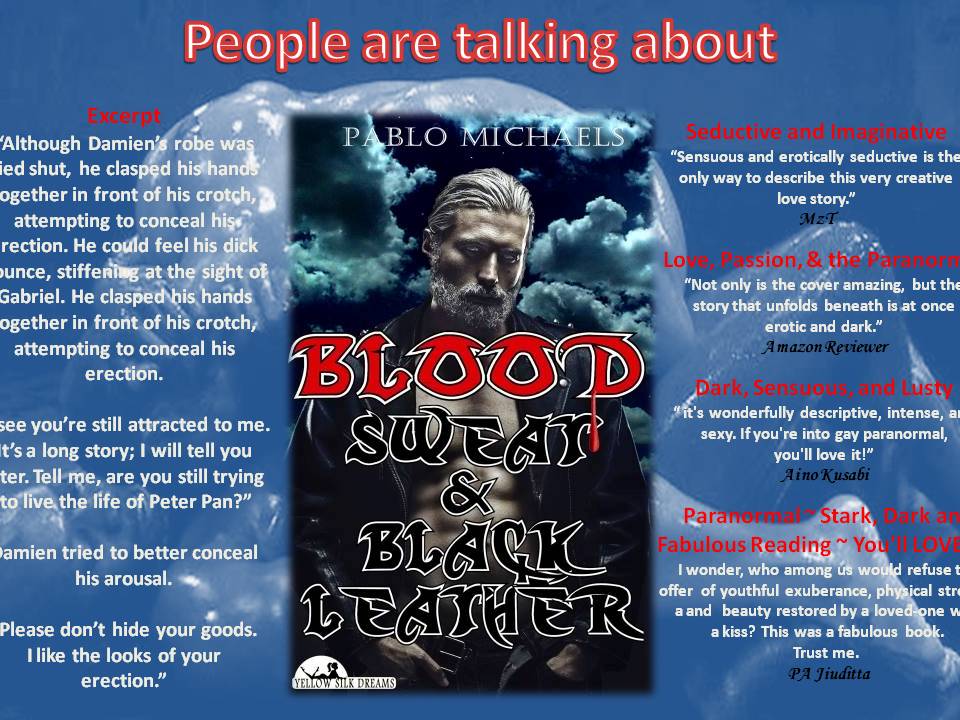 A bolt of fire struck a nearby headstone, the pounding roar echoing through the canyon. Jumping in fright, he looked above, viewing a perfect, orange, full moon illuminating his surroundings. He glanced at the flowers on the graves, all wilting, except those on the Tivoli family plot. Damien called out, “Gabriel, are you part of this family tree lying in these graves?” The clouds covered the glow of the moon, the winds picked up velocity, and the rain became heavy again. He inhaled the scent of hormones he recognized from sexual encounters with men from his past. Another gust of wind almost blew him off the bench, even though he held tightly to the marble seat. The rain poured down; he sensed something spectacular ready to boil the blood in his veins.

Feeling weak, he closed his eyes momentarily. Awakening, he saw Gabriel standing nearly naked, clothed only in a scant leather thong, his dick bulging big and hard beneath the pouch. Towering over him, those brilliant green eyes radiated intense fire. Gabriel dripped with rain, illuminated by an aura of desire. His black hair lay over his shoulders, glistening wet and shiny. “I want you here… tonight.” Gabriel commanded. “I want you too, but I’m weak. I can’t move to touch you.” “That frequently happens once you’ve become one of us. I’ll restore your strength.” Gabriel knelt on his knees with his lips ready for Damien’s mouth. He kissed him forcefully, his curled tongue shooting through his lips. “Suck my nipple, either right or left. Clamp down with your teeth and bite, hard. I’ll give you the sweet nectar you need to live and thrive.”

When Damien hesitated, Gabriel pulled his head down to his right breast and pleaded, “Now suck with those tight lips; bite with all your strength. I’ve something special you crave.” His new lover waffled at first, only gently sucking, until Gabriel bit him on his neck, piercing his tender flesh, ingesting the small amount of blood he had remaining. Damien swooned in pleasure with his initial desperate bite, almost falling off the bench. After indulging in the first few drops of blood, it became a sweet aphrodisiac, tasting like a fine, aged Scotch. Then the resulting potent kick shot electricity throughout his body, blinding him and heightening his sense of touch, leading to a momentary orgasm. Realizing the power infused in Gabriel’s blood, he sucked ferociously, needing more of this pleasure with a voracious hunger. He continued to quench his thirst as he regained his strength. He surpassed a plateau of powerful energy, delving into a euphoria he never imagined. Gabriel’s eyes lit up with flames. “Yes, do me!” As Damien released his teeth and mouth, he fell from the marble slab onto the grass, feeling exalted pleasure, his cock growing erect, hard and gleaming with pre-cum. “I love you, Gabriel Tivoli!” “Not so fast. We’re not done yet. We need to explore each other in the true bond of love, not like those mortal men from your past.”

When Gabriel removed his black, leather thong and knelt down farther, Damien watched in awe at his friend’s long, erect shaft dripping with cum. “I’m going to do you now, more than you or I ever fantasized.” He knelt down farther to thrust his dick into Damien’s thirsty lips. Damien pushed him away momentarily to take off his shoes and remove his pants. He glanced at his own dick, swollen, the acorn tip oozing. Sitting up, he grabbed Gabriel by the hips, urging him to thrust his dick into his mouth. “I thirst for your cum more than when I first met you, more than I could ever imagine.” Damien opened his mouth, surprised by the size of the bulbous crown of Gabriel’s dick. His tongue and lips tasted the sweat where Gabriel’s leather thong once was. He waited to clasp it between his lips, letting his tongue sponge the moisture from his rock hard cock. “Give it to me now!” “Quit teasing me,” Gabriel demanded. “Bite down hard. I need to know you want me.” He forced his cock deeper down Damien’s throat. Gently, Damien clasped down with his front upper teeth, hoping not to cause discomfort. “Harder! I know you can please me. You’ll become my companion for eternity. Now grind those incisors like you’re ready to pierce the veins on my shaft.” Gabriel’s cock throbbed, as it jerked back and forth between Damien’s loose opened lips.

“You can satisfy us both.” Damien bit harder, while his lips clamped together like a vice. Squirming with pleasure, Gabriel enjoyed the tight lock and friction. Thrusting his dick faster, he begged, “Tighter.” But Damien was preoccupied with the taste of Gabriel’s flesh; a flavor only a man’s need for another man could distinguish to satisfy his thirst for his partner’s amorous juices. He was no longer afraid to punish the man he’d wanted for many years. He wants me to do it harder now, and faster, but I’m going to tease him and tease him again, until he begs me to bring him to orgasm. He slapped Gabriel’s firm ass with the newly acquired strength in his hands and arms.

Sexy Reads – How to make wild, passionate love to your man
Sexy Reads – Punished by the House Guests
Advertisement