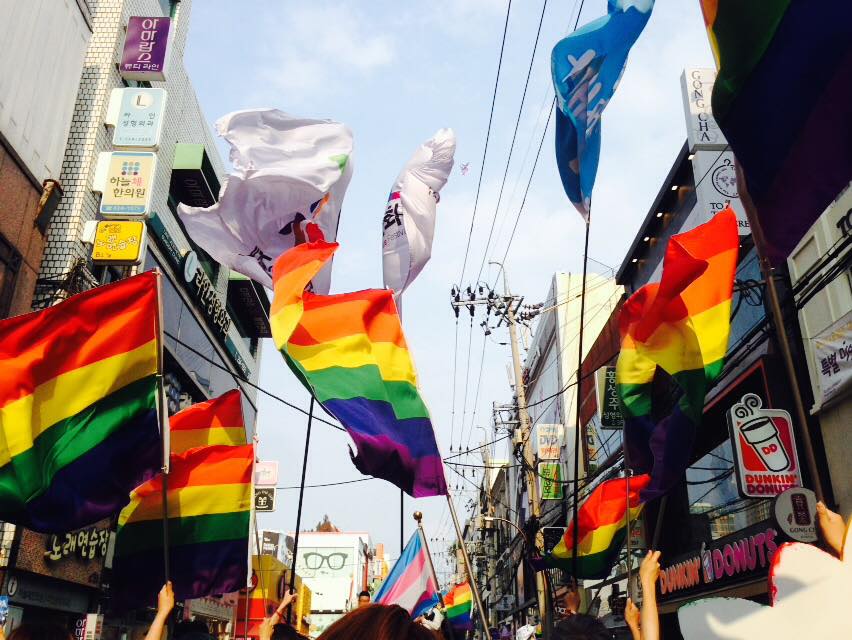 One of the oldest prides in Asia, the Korean Queer Culture Festival (KQCF) just completed its 16th run this year and its success cannot be overstated. The opening slogan was ‘Queer Revolution!’ and with the turnout and enthusiasm that surrounded the 3 week-long event, it looks like this revolution will not stop just because the festival came to a close.

The festival which consisted of various activities over 28 days was attended by many. The parade alone saw as many as 30,000 people in attendance. That is the highest attendance the KQCF has ever received. It is also the longest parade ever in the history of KQCF, starting from the Seoul Tiffany Square to Sogongro. That makes the parade route a 2.6km celebration. 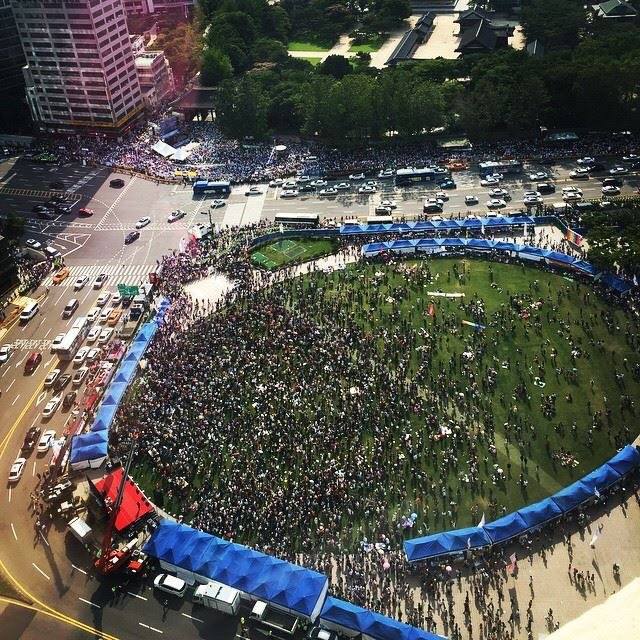 There were many small victories for KQCF this year which lead to the overall success of the event. Apart from having the greatest attendance and longest parade route thus far, the Transgender Flag made its first appearance ever in the history of KQCF. It was flown in front of the parade with the parade leader. The first transgender group joined the parade in 2013. Only this year did they decide to make a flag to wake proudly in the parade.

Despite the various disturbances from hate groups, organisers report that there was an increase in attendance. More people came in order to show their support for the sexual minorities and actively resist the hate groups present.

While some in the local community that were not supportive of the events, there were many in the international community who lent their support. More than 100 organisations from 13 different countries were part of the parade. Several Embassy staff from Germany, France and Finland embassies even came down in support and have a fun day. The support from foreign dignitaries is very heartening according to organisers. Organisers commented that because of this support, future plans hope to include expatriates and the international community more. “We will try to give the special moments to all LGBTQ” organisers say. It looks like no one will ever be excluded if you attend KQCF in the coming years.

International support did not just come from individuals and organisations who are based in Korea. With social media and the powers of online journalism, more global attention has been given to KQCF. Participants were actively showing their pride on twitter, facebook and Instagram. And so the hashtag #kqcf2015 was born.

Word of their struggles and the resistance they faced spread like wildfire. Various journalism sites picked up the story. These include Buzzfeed.com, Forbes.com, thediplomat.com, Simplysxy.com (of course!) and many more.

The Koreans really want their revolution. They refused to be silenced. And it seems that the world is listening.

Image courtesy of KQCF
Have an amazing experience or tips you like to share on SimplySxy?  Drop us an email at editorial@SimplySxy.com!

You may also like...
Related Topics:Korean Queer Culture Festival, LGBTQ