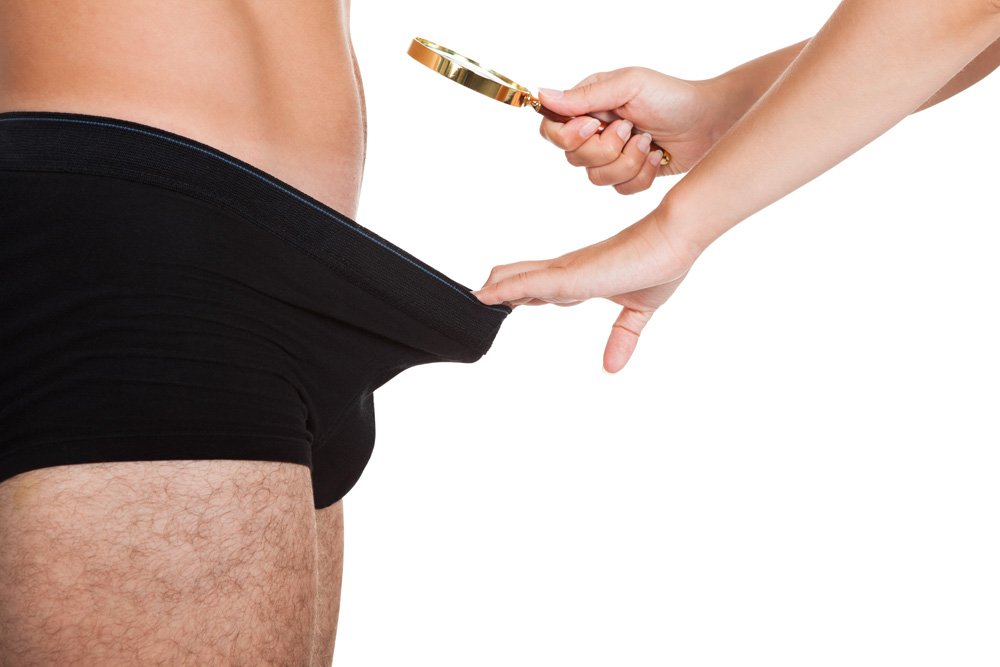 Although there are many various types of sexual dysfunctions, one of them is considered especially significant: erectile dysfunction, caused by an inhibition in the sexual excitement phase during the male’s sexual response. It is defined as a permanent, occasional or recurring inability to develop or maintain an erection required for one to successfully engage in sexual activities and complete sexual intercourse.

Apart from the first instance of the 85-year-old man who abstained from sex for 3 years following his wife’s death, I once had another client with erectile problems. He came to see me some time after his divorce, which was caused, among other things, by his passive role in marriage and pathological jealousy. His then-wife ended up cheating on him (a self-fulfilling prophecy), which he had a hard time getting over. Despite feeling angry and bitter, he would not accept a more rational understanding of love and sex. He remained a victim of his immature thinking, which manifested itself sexually. After divorce, he tried to have sex with younger women, but he failed—except with the drug Cialis, although even with it, the sex wasn’t that great.

His poor sexual functioning was not caused merely by his “scar” of being cheated on and divorced; in the sense of distrust towards women, but also by his wrong expectations. Even though we worked on his problems for several sessions, he failed to accept the responsibility for his own sexual exchange. Being desired by young girls flattered him; he stopped having panic attacks, took some anxiolytics, antidepressants, and felt confident in verbal communication. However, sex was still an issue. I suggested that he try to find a more serious woman, who would understand his condition and be tolerant of his current erectile dysfunction. However, I could not “cure” his ego, which caused him to keep spiraling down. In the end, he fell in love with his friend’s daughter, telling me that the two of them had a close encounter without sexual intercourse, so he required that I give him an instant solution for sex. Seeing that psychosexual therapy does not offer that kind of help, I told him that only an injection may stiffen his penis, and sent him to a urologist. He later informed me that the urologist didn’t give him the injection, but only Cialis and some anxiolytic powder, and admitted that it was not the right way, but also that he could not “let that girl go”—because she was too good looking.

All of these indicate that erectile problems are not that trivial and it often turns out that many men do not wish to engage in proper relations with their partners, where they will show their true face, but instead they build false, shallow relations, full of lies and deceit, only to fulfill some societal ideals and satisfy their egos. They may believe that women appreciate and respect those men more, but that is no excuse. Those same women will sooner be disappointed and leave them when they realize that these men are not how they have presented themselves. This is why I advise men to take a risk and be more honest when meeting women, because in the end they always get more out of it. Maybe they won’t have as many sexual partners, but what they do get will undoubtedly be more meaningful and fulfilling.

Josif Fidanovski has a B.A. in psychology. He is a cognitive-behavioral therapist, psychosexual therapist, member of the European Federation of Sexology (EFS) and a representative of the Seksin association in Belgrade(www.seksin.net). He runs a private practice, using psychosexual therapy as an integrative method to help clients improve intimacy with their partners, as well as their sexual functionality. He is a regular contributor to the Plodnost (Fertility) clinic from Novi Banovci, where he has worked for 5 years with Dr. Sava Bojovic in diagnosing and treating sexual dysfunction and has helped treat infertility.

He has a blog entitled “Sexual functionality”: www.fidanovski.blogspot.com where he writes and publishes texts about problems related to love and sex.

He was a regular guest of Dr. Bojovic on BN television on shows about contemporary education and communication in sex for the duration of 6 months. He also occasionally appears on TV channels in Serbia, Macedonia and Bosnia (TV Pink BH, TV Alfa, TV Galaksija, etc.) and writes articles for daily and weekly magazines with the aim of promoting sexual health and psychosexual therapy.

He participates and speaks at national and international congresses on psychotherapy, sexuality and fertility.