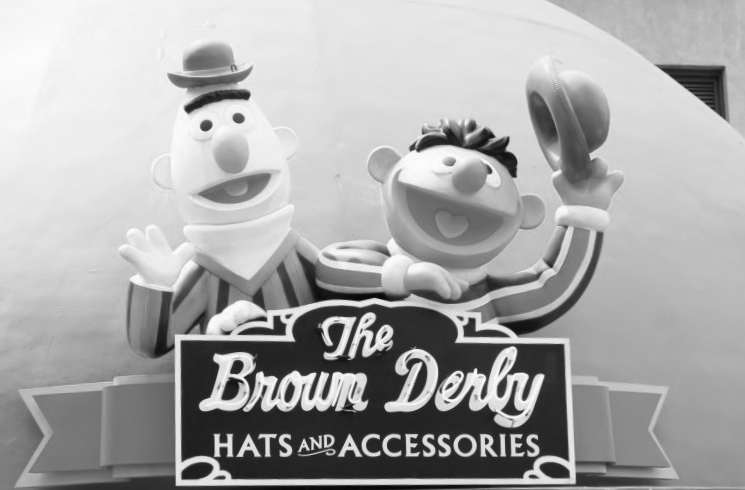 Bert and Ernie. Gay? Why is this important?

I was horrified to read years ago that Noddy and Big Ears were forced to deny ‘improper relationship’ in Toy Town. Not to be outdone, it appears that Bert and Ernie, the iconic residents (and roommates) of the long-running children’s TV series Sesame Street, have been ‘outed’ over their (assumed) sexual identity by no less than the New Yorker magazine in the wake of the US Supreme Court’s landmark ruling to overturn the Defence of Marriage Act. 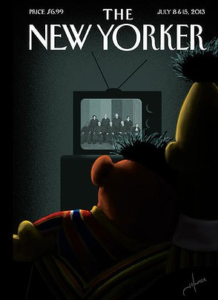 In the cover image featured on the left, the couple are sitting on a couch with Bert’s arm wrapped around Ernie and Ernie’s head nestled against Bert’s shoulder. They are watching the Supreme Court decision granting same-sex couples the “equal liberty” guaranteed by the US constitution’s Fifth Amendment.

As the US grapples with serious economic and social challenges, the release of the cover image has provoked fierce debate, about the sexual orientation of this couple and the potential for litigation by Sesame Workshop—which owns the characters—against the magazine.

I loved the denial by Sesame Workshop back in 2007 opining: “[Bert and Ernie] are not gay, they are not straight, they are puppets. They do not exist below the waist.”

What then is the optimum age to start to discuss the issue of sexual orientation with our kids?

I had an unexpected answer t 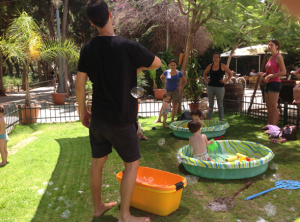 o this question during a recent visit to Israel; I was privileged to view a kindergarten session in a unique programme designed in collaboration with the national education system and the kindergarten departments in several city municipalities. In the gay centre in Tel Aviv, I was drawn to the delightful sound of children’s laughter as their male kindergarten teacher was blowing giant bubbles for the children to play with in the shade of the Meir Gardens next to the centre.

The notion that education begins in the kindergarten years takes on a real currency here as a team of psychologists, education counsellors, teachers and representatives of the education system have been developing a unique program, which would help kindergarten teachers’ deal with children who are raised in LGBT(lesbian, gay, bisexual, and transgender) families and acknowledge their special needs.

With LGBT parenthood on the rise, there is a need to introduce these new and non-traditional families to our community. Any child who is connected to general community media can see or hear discussion about gay marriage. Do we leave them to form their own opinions or do we step up to have conversations with our kids about respect for differences across the board? Do we introduce our kids to the possibility that they can like/dislike or agree/disagree with others while still enjoying mutual respect?

As a psychosexual educator, parents often ask me how they can start conversations about sexual diversity with young children. I recommend, as a general rule, to trust kids to ask what they specifically want to know and to respond only to the questions they ask in basic terms. Once your child has processed that answer, and they have felt safe and respected to ask any questions, they will seek more information

Parents can use specific observations to help children understand differences such as comparison of different toes. Regardless of differences in sizes, shapes and colours of everyone’s toes, most people young and old, can still walk and play. Some people choose to decorate their toes and put them on display and others don’t. Grandma’s toes may hurt her at times but that doesn’t stop her from being loved and valued. Continue to build on that foundation to create discussions when opportune to raise differences in religious beliefs and traditions and the way different people express their love depending on their sexual identity or personality profiles.

When parents role model their own respect for differences and respond thoughtfully to occasional confusion over something new and different, they will allow their child to feel safe to explore their growing world and engage in further talks about sexuality.

I realized there was a need for a 21st century tool to help parents and teachers manage the new challenges in communicating sexual respect and diversity. I wrote the sex education app for iPad ‘Parents, Tweens and Sex’ and designed it in collaboration with Swinburne University Design to support parents to have these confronting sexual conversations with their ‘tweens’ (10–13 year olds). I was motivated by my experience as a counselling psychologist and clinical sexologist and also as a parent to support other parents to be comfortable to have these conversations to enable them to share their personal values and ethics with their tweens.

One conversation starter in the ‘Parents, Tweens and Sex’ app examines the notion of ‘same, same but different’. In addition, it guides parents in discussions around choosing to celebrate people’s sexual differences while delighting in sameness. Go Bert and Ernie!

Sarah is a counselling psychologist and clinical sexologist, media consultant, loves being a trendsetter in the field of sexology and is a proud advocate for Sexual Integrity. Sarah has been writing opinion-editorials for various media, and contributes to psychosexual community education using her blogs and social media platforms. Contact Sarah at info@actionpsychology.com| t:+03 98231103 | f: +03 98231190

Get in touch with Sarah via email info@actionpsychology.com