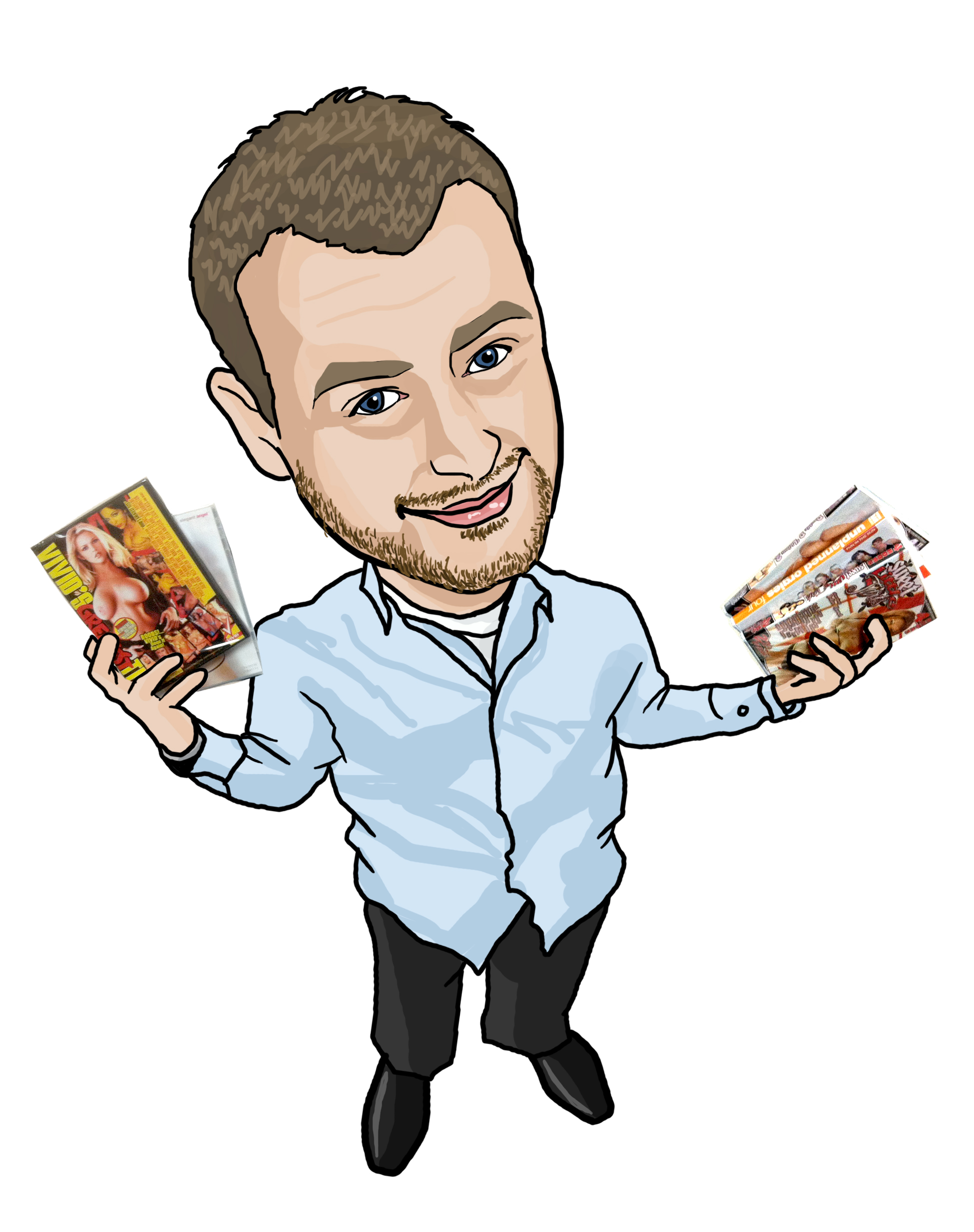 For the past 10 years, Mike Kulich has worked in almost every area of the adult entertainment business.  Beginning in 2004, he started in sales at International Video Distributors (IVD), the world’s largest adult DVD distribution company where he built up an extensive network of stores and online retailers.  After 4 years, he left to start DVD Makers which quickly became the premiere company for adult studios throughout the country to replicate and manufacture their DVDs.  After DVD Makers, Kulich started Monarchy Distribution with the goal of connecting talent that self-produce content with traditional DVD and broadcast distribution.  Since the formation of Monarchy in 2010, the company has received over 35 industry award nominations and 5 wins.  He is also the owner of Stunner PR, a full service PR agency which helps adult talent, video, and novelty companies help expand their brand.

Mike Kulich:  The effect piracy has had on the Adult Industry has been absolutely devastating.  When I started my first job in 2004 it was a completely different time.  We were moving 10,000 pieces of some titles and nowadays when it comes to DVD you are very lucky if you can do 10% of that.  The effects piracy have had on our industry are something that cannot be fixed.  The vast majority of people will never pay for porn again.  For companies to survive they have to adapt to different platforms and find new revenue streams for their content.  Up until 2007, DVD was the bread and butter of every studio.  Now you see studios branching out into other types of digital distribution including VOD, PPV, Broadcast, Hotels, etc.  The main reason I created SkweezMe.com was to try to bring revenue back to the studios.  We reinvented the VOD model.  Competing sites still require you to buy packages of minutes.  $1.00 on those sites will buy you about 12 minutes of streaming content.  On SkweezMe.com, $1.00 gives our users 24 hours of access to stream unlimited content on our platform for that full day.  I think the goal to get people to start paying for porn again is give them quality content at a price that people won’t mind paying as well as a platform which they can access anywhere and is quick and even more user friendly than the tube sites.  The industry norm for paysites is $29.99 a month which comes out to the same as our platform, but with SkweezMe.com, you only pay for the days that you use our service so if you only use our platform 4 days a month you are only paying $4.00.  The thing that most of the tube users don’t realize is that the majority of the clips and scenes they are watching on these tubesites are all pirated.  They go to a website that has an Alexa rating right around Yahoo.com so they automatically assume since the site is so big and popular they have to be legitimate but it’s exactly the opposite.  I use a company called Take Down Piracy and all they do is patrol the tube and torrent sites and send DMCA notices on my behalf to get my content that has been pirated taken down.

Mike:  Amateur content has obviously seen an explosion in the past few years with the rise of tube sites, social media and ease with connecting with other people.  I have a line called Amateur Relations which is just that, user submitted content that we pay to the couples who produce it.  It does do very well, however it is still a small niche in a very large market.  The amount of amateur content online is probably more than the mainstream porn that is produced and the market is very saturated so I do not see studios dumbing down the quality of their content to compete in a small niche in the business.

Mike:  The competitiveness of the business is harsher than it has ever been.  Because of the rampant piracy, a lot of studios have shut down, shoot less, or don’t shoot at all anymore.  On the other side of the coin, the amount of talent has exploded.  There are more active performers in the industry than ever before with 70% less work to satisfy the workforce.  For a girl to really stand out and have a successful career she needs to realize that unless you are in bed sleeping, you should be promoting yourself 24/7.  Twitter, Facebook, Paysites, Tumblr and having a good publicist can help you accomplish that.  In an industry where busloads of new girls pull into town every day, you need to make sure that when a director or studio head opens a magazine or adult news site you are right in front of their face.  It’s also really important to be professional on set, build solid friendships and make sure you are maintaining a positive reputation because the industry really is very small and tight-knit.  Lastly, I would say that you have to be fully devoted to your career.  If you are a girl that has one foot in the door and one foot out or are just shooting a scene to pay the most recent bill, you won’t see a lot of success and when all is said and done, that decision may come back to haunt you.  It’s all about hustling.  In adult it’s not easy anymore. Only the strong survive.

SimplySxy:  Where kind of scenes do you enjoy filming most?

Mike:  I would say Alana Evans. I have known her for years and she has been in the business for over 17 years and she is still relevant. She is still shooting all the time, as well as pursuing big things in other industries.

SimplySxy:  Do you sometimes feel weary from all the sex?  With your business and line of work, and then getting it on a personal level?

Mike:  Most of the girls I know date within the industry but I do know girls that date civilians (non industry guys).  I think the key is to realize that the girls are here to do a job.  Just because you see a girl on camera getting double penetrated by two huge guys doesn’t mean that’s an invitation to bring your buddy home and do the same thing to her.  This is acting.  It’s a job.  You also have to be comfortable with the fact that this is what they do for a living.  Jealousy will get you nowhere.  Just be a genuinely good dude and you shouldn’t have a problem.

Mike can be followed at the following social media links as well as his website.  @xxxmonarchy @skweezmedia  www.skweezme.com