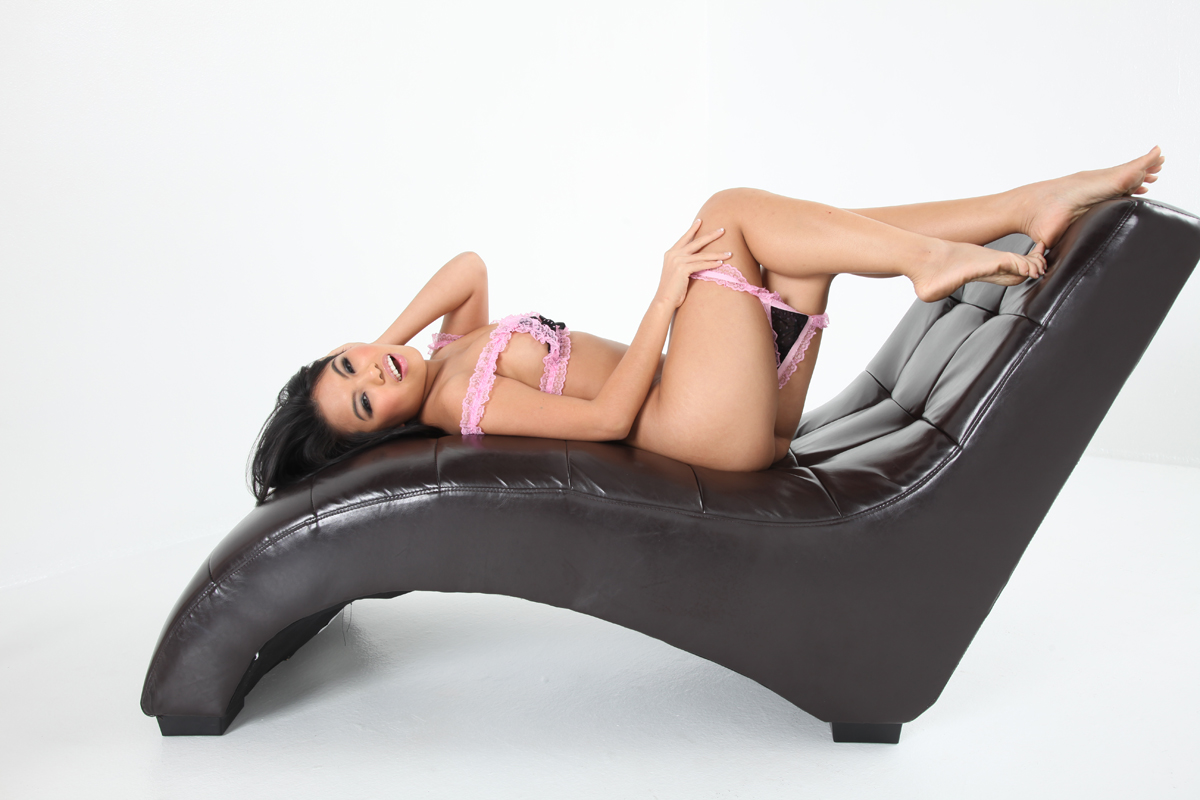 Cindy Starfall was raised in a strict Vietnamese household that did not allow her to express herself sexually.  A year ago, the Asian sensation decided to make a career out of her sexual liberation by joining the adult industry.  Cindy is a regular at upscale swinger events and parties and loves celebrating her sexuality with fun, open-minded couples.  Since her debut the gorgeous exotic star has worked with XXX production companies such as Hustler, Wicked, Penthouse, Evil Angel, Digital Playground, Adam & Eve and many more.  Cindy is also a celebrated feature entertainer and currently tours the most popular gentlemen’s clubs with Hustler’s Asian Invasion Tour.  Cindy has already launched an online store where fans can buy DVDs, request autographed pictures and other Cindy Starfall memorabilia directly from the star. The business-savvy beauty launched the first design in her men’s t-shirt line at the 2014 AE Expo.  Though the petite starlet has only been performing in the adult industry for a year, her work has already been celebrated with a Best New Starlet nomination for the 2014 AVN Awards and XRCO Awards. Cindy was also nominated for Best Scene in a Non-Feature Release in the 2014 XBiz Awards.

SimplySxy: Has the internet made the adult industry more difficult and competitive?

Cindy Starfall: In my opinion, the internet did make the industry more competitive but I believe there is still a DVD market out there who is willingly to spend money to watch new movies instead of waiting for free clips online.

SimplySxy: What are some of the misconceptions people have about the adult industry?

Cindy: The two main misconceptions about the adult industry that I often encounter are that we are diseased people and we are uneducated people.

SimplySxy: Can you share with us one funny/awkward/embarassing moment that have happened on set?

Cindy: An awkward moment would be when I first started, I did a hardcore throat f**king scene and he shot a huge load all over my face. Accidentally, few drops got into my eyes and it started to get red.  I was new so I didn’t bring any eye drops for my eyes.  So I went to a drug store and the lady was very helpful, but she couldn’t stop asking why I’m getting pink eyes.  What should I say? Oh somebody just shot a huge load in my eyes?  LOL

SimplySxy: Does all the sex during filming make it easier or harder when you have sex off camera?

Cindy:  Sex on camera is different that sex off camera.  I still have sex a lot off camera because I don’t have to worry much about giving a performance, lighting, timing, etc and I can just enjoy the moment.

SimplySxy:  Do you love using sex toys in the bedroom? And name a favourite sex toy you can’t do without?

SimplySxy: Please share with us one of your sexual fantasies?

Cindy: One of my sexual fantasies is being man-handled by two brothers or two best friends, because not everyone is comfortable in having sex with someone close to them or the social rule is that you don’t f**k your guy’s brother or best friend.  The idea is twisted and it makes it more exciting.

SimplySxy: Which body part of a guy do you like most?

Cindy: Besides his big cock and his smile, I love a man with a brain.  If I can’t have a conversation with someone, no matter how attractive he is, I eventually get bored and the sex can be boring.

SimplySxy: What is the most orgasmic thing a guy can do to you?

Cindy: Clit, clit ,clit! Licking my clit is the magic word.  My eyes would start rolling back and the only thing I want to do is jump on him and f**k the heck out of that cock.

SimplySxy:  In your opinion, what defines sex positivity?

Thank you to everyone for all your support throughout my career.  Remember to check  out www.cindystarfall.net for autographed movies, webcam show, or lingerie.  Follow me on social media, twitter and facebook.