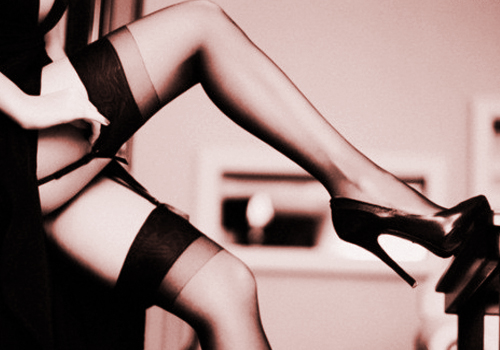 The truth is that there is simply no straightforward, one simple answer as to why men crossdress.  If there was, you probably wouldn’t be reading this article: the discussions on this taboo subject would have been settled a long time ago and many men would be free to express their femininity without fear of ridicule and rejection.

In my personal experience, the fascination with woman’s clothing started when I was very young.  I must have been about 5 or 6 years old, and I remember going to great lengths to get access to my mom’s lingerie.  My most vivid recollection goes back to my teenage years, anxiously and secretly purchasing pantyhose from a local shop and then wearing them under my clothes while walking home.  I felt and still feel to this day, a need to wear woman’s clothes almost on a daily basis, whenever I can find the private time.

To be honest, I can’t quite explain where these feeling come from or why they started in the first place. Many times I find the feeling hard to control, especially if I go a few days without dressing up.  The mass media likes to reason that crossdressing is a sexual perversion, and so they naturally see the desire to crossdress as purely for sexual gratification.  The problem with this theory is that when I (and most other crossdressers) first felt the desire to crossdress at a very young age, we didn’t know what sex really was or had any sexual feeling.  I often would go to sleep wearing my homemade stockings and carefully taking them off in the morning under the bed sheets and hiding them in the drawer under my bed before my mom would walk into the room.

There are many misconceptions and stereotypical views about crossdressers, one of them being that most people believe crossdressers are homosexual and desire to be with other men.  Although there are cases where this is the fact, the truth is that most crossdressers are heterosexual men.  A lot of them are married, have families and lead regular lives.  For many, crossdressing goes through several evolution stages and sometimes ends at the point when the crossdresser desires a transition to living full-time as a female.  Many crossdressers describe the need to crossdress as ‘feeling more comfortable wearing woman’s clothes’.

This is sometimes coupled with the desire to be seen as a woman.  To not simply dress like a woman, but behave like one as well, to wear make-up, lingerie, shoes and otherwise, pass as a woman.  Then there are others who crossdress purely for sexual excitement.  Crossdressing covers a wide spectrum and therefore it is hard to define them as any one group.  Some men crossdress because they are unhappy being men and wish to escape the male role.

Let’s face it, women have way more selection when it comes to fashion and are allowed to express themselves in many distinct ways.  Just walk into any women’s fashion and beauty mall and then walk in the men’s section and you’ll know what I mean.  For me, I love feminity! I love the feeling of being a woman and wearing all the gorgeous makeup, soft sexy dresses, high-heeled shoes and exploring the female realm. It’s such a real thrill for me and countless other crossdressers.  I highly admire women and their beauty and their many feminine qualities. I regard the female physique as a work of art.  There are also others who don’t mind the male state, but like to put on women’s clothes occasionally. Some men crossdress simply to make a passing social or fashion statement, and some because they have emotional needs that can only be met by the comfort that wearing women’s clothes gives them.

Men on the other hand are supposed to fit into a very rigid gender role and are not able to freely express their femininity beyond maybe, crying at the movies.  The true reason why men crossdress remains somewhat of a mystery to this day.  Crossdressing is an intensely personal activity for many men, often done in secret, late at night and sometimes guilt-ridden.

Crossdressers usually will do this in secret when the wife and kids leave the home.  They have their day planned!  They will even go so far as to shave off their body hair, take a hot, perfumed, bubble bath, and dress in something silky.  However, many crossdressers just enjoy the feeling of certain material against their bodies and go no further than dressing up as a woman.  More and more crossdressers are “coming out of the closet” and if lucky, their wives will accept the way they are as long as they keep it private and away from friends and family.

In my particular case, my girlfriend knows that I crossdress and she has accepted it, which I am very appreciative of her for doing so.  Apart from my girlfriend, no one in my family knows to this day, and this can be psychologically challenging for me at times.  For the past 45 years, I have done a good job of concealing my other self.  Most crossdresses become very good at being Dr Jekyll and Mr Hyde.  Today, I enjoy being Marcy whenever I can and have taken many steps to perfecting my female persona.

Marcy’s biggest goal is to be as passable as a woman as possible.  I haven’t ventured out of my house as a female but strongly hope that one day soon, I will be able to freely be Marcy in and out of the house in a place where I will not have to fear weird stares, ridicule and rejection.  I’m optimistic that as our society grows more accepting of diverse gender expression, we will see more crossdressers stepping forward to share their stories and feel more open about discussing the topic of crossdressing with family and friends without the need to justify their behavior, and are no longer shamed by everyone.

I know some people out there will mock me and say that I need help.
I say to you, you have never have never walked in my high-heeled shoes.
Judge me if you want, it makes no difference.

Marcy Simpson is a long time crossdresser, photographer, online entrepreneur, and admirer of femininity living in Los Angeles, California. Marcy is also the founder of Crossdresser Society, a community website completely devoted to crossdressing, and helping all crossdressers achieving success in achieving their crossdressing dreams and ideals. I know that the desire to attain a beautiful feminine figure and develop our feminine self’s is just as important for crossdressers as any other dream that a genetic woman can have, however I also understand in order to achieve that dream, you first must believe in it and continue to share and learn from the community.