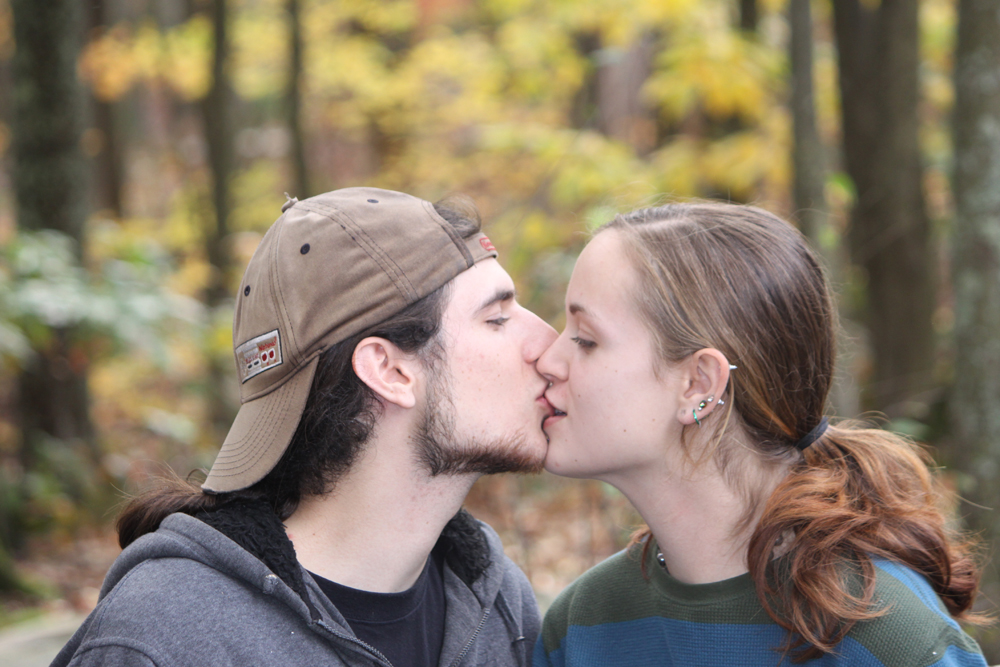 The night starts out harmless enough.  Your new hottie is chilling on the sofa, drinking wine and watching the hottest new action film out on DVD.  You’re snuggled into his side, his arm wrapped around your back, comfortable and secure.  A light squeeze from him and you look up to find him staring down at you, a hint of desire blossoms, and bam!  His lips meet yours, tongues collide and dance together, spurring the relaxing night in an entirely new direction.

By the time you rip your lips away from his for a breather, you’re straddling him, buttons are being popped open and hands are wandering.  Hearts pump faster, rushing the blood to the best parts of your body.  You’re lightheaded, heated, and ready to get naked.

We’ve all been there and there’s no shame in embracing your sexuality.  And while the safest and most responsible answer would be to not have sex until you’re better acquainted, we live in the real world where our whacked-out emotions often overrule the “sensible” thing.  However, slowing things down for a few minutes to think about protecting yourself and your partner is important.

When was the last time you were screened for sexually transmitted infections?  How well do you know your partner, and when was the last time he’s had a health screening?  Are you on birth control?  Until all these questions are addressed, safety is an absolute must.  There’s just no way around it.

The very first thing I want to stress is the need to be open and honest with your physician.  In order to properly screen you for the correct diseases, they need to understand your sexual history, and I can almost promise you there’s nothing they haven’t heard before.  I’ve worked with these men and women, I even did a stint at a health clinic for a bit, and things happen to people in all facets of life.  In fact, sitting here thinking, I can’t imagine one thing a person could say to shock me.

Different STIs (previously called STD’s) are identified through various methods: blood tests, urinalyses, physical exams, and fluid or tissue samples.  None of these are what I’d call exciting, but when compared to the symptoms of many STIs, a needle prick or pelvic exam seem downright enjoyable.

Until both you and your partner have been screened and agree to a monogamous, committed relationship, protection should be a regular part of your sexual repartee.  Alone, birth control has a high efficiency rate of preventing pregnancy, but no matter what form: the pill, a shot, NuvaRing, IUDs, etc., will not protect you from STIs.  Condoms are the way to go.

They make condoms for both men and women, though studies have shown men’s condoms to be the best choice for preventing diseases.  And hey, why not make using them half the fun?  Be creative.  Watch him roll it on, letting the anticipation build and excite you.  Or, slide it on yourself while giving your man a hand job, or get super creative and learn to apply it with your mouth?  After all, why would they make them flavoured if you weren’t supposed to give them a lick or two?  Just be careful of those teeth!

Female condoms will provide a barrier of protection and help prevent diseases also, they just haven’t proven to be as effective as men’s condoms.  And dental dams can be used for oral sex to keep fluids and bacteria from being transferred between partners.  Different textures can be fun to experiment with… being safe doesn’t have to be a bad thing.

We’ve all heard the “But it feels better without a condom” line.  Maybe it’s true, I’m not a guy and I’ve been married for 19 years, so I can’t honestly recall what having sex with a condom feels like, but I do remember enjoying sex before my husband, and I relished in the fact I could go into marriage disease free.

So, now he’s wrapped, or you’ve secured a feminine condom in place; here’s your time to lose yourself in each other, experiment, and just have some all-out fun. After all, a few orgasms are good for one’s body and mood!

You may also like...
Related Topics:Condoms, Contraception, Safe Sex