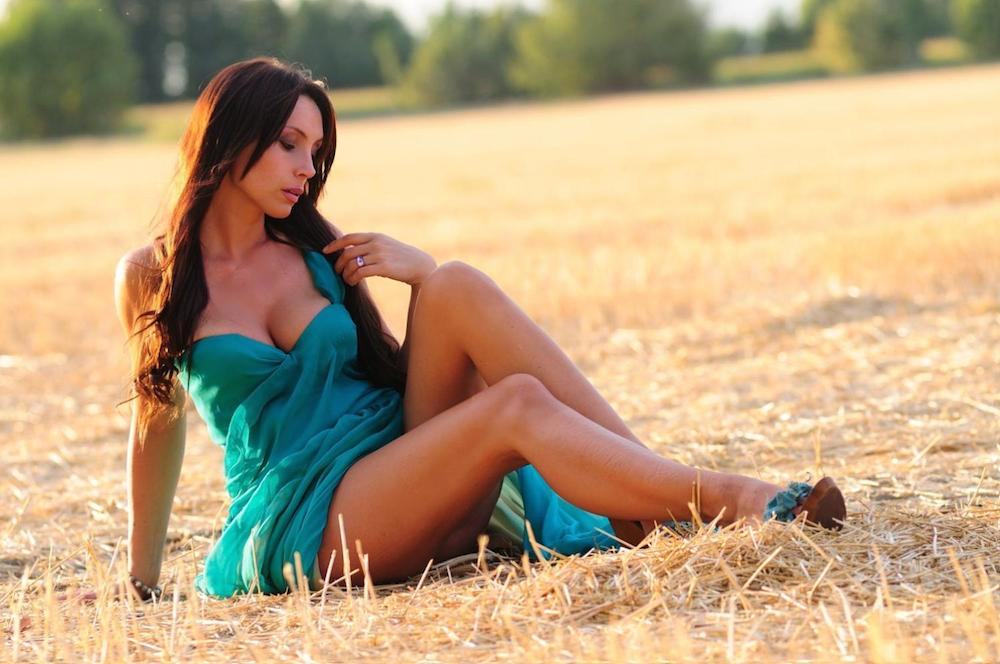 I was born and raised in Vigasio, a little town in the outskirts of Verona, the city of Romeo And Juliet.

My name is Giorgia Vecchini, and maybe you know me for my activity as a cosplayer, but that’s just the tip of the iceberg of my theater activity which extends also to being a voice talent for dubbing, audio recordings, theater and diction teaching, podcast, radio and everything you can think you could do with the voice.

I’m a big expert of everything nerdy and pop about the 80s and I’m also a collector of things about anime, but not only, from the 80s and the 90s.

Well, I think you could define my style as casual, and my inspiration comes mainly from the 80s for which I have an endless love encompassing every aspect of my life, including my attire.

Of course what I draw from the 80s is what can be reinterpreted in the years we are living in, so no large shoulders, no too bright, fluo or glitter colors because I don’t want to look out of time, but there are elements I gladly pick and mix with modern ones. An example might be black leather leggings which I often pair with furry leg warmers and or a short skirt (a short skirt with leg warmers is one of the quintessential 80s looks).

Another thing I really love is one shoulder tops.

And then I like to throw my passion for anime, manga and pop culture (in a word, my nerd self) into the mix, wearing nerd themed T-shirts. I usually try to avoid the “loud” print of the character and I rather go for hidden references, writings, outlines, silhouettes, anything that brings the reference to the mind, instead of the “in your face” image.

I think it’s more chic and I also like to tease the memory of those looking, because it’s not so immediately evident, but when they get there the effect is way better.

And of course I try to keep up with the current trends. There are brands that I particularly love, one being for sure Denny Rose, which I’ve been following for quite a long time now and which manages to be both young and elegant while meeting my specific taste.

How long have you been modeling and what genres do you specialize in?

Well, I’ve been a cosplayer first, and that started in ‘97, so it has been more than 20 years now. Now although I’m slowly phasing out of the “playing” part, I’m still in the organization circle as artistic director, organizer and presenter for events.

I’m still modeling only from time to time, because when I used to do that, the photo shootings were in some ways always related to cosplaying or wearing a particular attire, like a female Santa Claus, a Japanese kimono or even something I am not usually drawn to like the goth look or the fancy elegant dress.

Nowadays I happen to have some modeling photo sessions, but they are more focused on trendy looks with the occasional shooting to advertise some nerdy T-shirts line.

Which is a memorable acting experience you have had so far?

If we are leaving out the performance with which I won the World Cosplay Summit, I had a pretty memorable experience filming “Gamers”, a sit-com for Gamestop which aired in their retail points throughout Italy for a few years.

I was this character that crashed the scene always to a comical effect.

Another experience I remember fondly is “Base Luna” (“Moon Base”), a late night show for the Italian national TV RAI, for which I interpreted the waitress of the space restaurant that was the main setting of the show.

It was a very versatile character that allowed me to wear a lot of different costumes in a wide array of situations ranging from a parody of the TV miniseries Romanzo Criminale to the bored, underpaid waitress, so it was really interesting to be there.

With so many interests and projects you have, how is a typical day like for yourself?

This is a very difficult question, because I really don’t have a typical day or a routine.

There are some periods of the year that go some ways and others are completely different.

During the lockdown, for example, I found myself doing something I had never thought I could, like being a teacher which of course led to a very different lifestyle from when I’m getting ready for an event or when I’m writing texts for a theater play or for one of the magazines I write for.

A period like this, for example is heavily focused on loads and loads of e-mails sent to various organizations to get ready for the next season of cosplay events that is going to start in September.

I might not look so, but an event extends far beyond the two or three days of the stage time, and everything has to be set well in advance to be ready at the right time.

The “get on stage” period is quite different, since I might go somewhere for two or three days for an avent, come back for just one day and then set off for another round somewhere else.

This frantic routine can go on for months.

Do you miss cosplaying now that you don’t do it anymore?

First of all, I’m still in the loop as a presenter/organizer/expert, and secondly, the current state of the cosplay scene doesn’t reflect who I am and my approach to cosplay, so I don’t feel represented by the current protagonists of the scene.

The only regret I have is that I’m having a hard time separating my two personas, Giorgia Vecchini and Giorgiacosplay.

Despite not using my stage name any more, despite not wearing cosplays at events and gatherings and despite the fact that when I’m there I’m no longer there as a performer, but as a presenter or sometimes as an expert for panels, it is very difficult to get rid of the Giorgiacosplay overlay.

Maybe I’ve been Giorgiacosplay for so long that everybody remember me with that name.

I don’t want to recant the Giorgiacosplay phase, but I feel there’s so much more I can give and that is pushing to come out after living so many years in the shadows.

I hope, with time, to be able to convey this.

If you could time travel, what will you like to witness or experience?

Wow, this is a though one.

If I’m just a spectator, I think I would like to witness the asteroid impact that led to the extinction of the dinosaurs.

It must have been a blast.

There may be a lot of things, but on top of my head, I think I don’t get how they could ever find beautiful or attractive a woman who just woke up, with all her hair all over the place and a look that to me resembles Linda Blair in The Exorcist.

That will always be my “other great mystery of the universe” as Doc Brown would say.

Thank you for taking the time to answer our questions Giorgia. One question before we end, how do you define “sexy”?

If you are asking what I define sexy in someone else, well it’s an ensemble of qualities, not necessarily all physical, that somehow can get me involved.

Something along the teachings of Prince Akeem in Coming to America, when he said “I want a woman who will arouse my intellect as well as my loins.”

I have to be able to feel the affinity and the mutual discovery and the curiosity for each other, even despite different interests.

And the voice. Nothing beats a well structured, even a bit hoarse.

But sometimes, being sexy is something you don’t even realize and is made of many little unconscious details.

And let’s not forget that all this is personal: things that are sexy for someone can be the opposite for someone else. It’s all very relative.