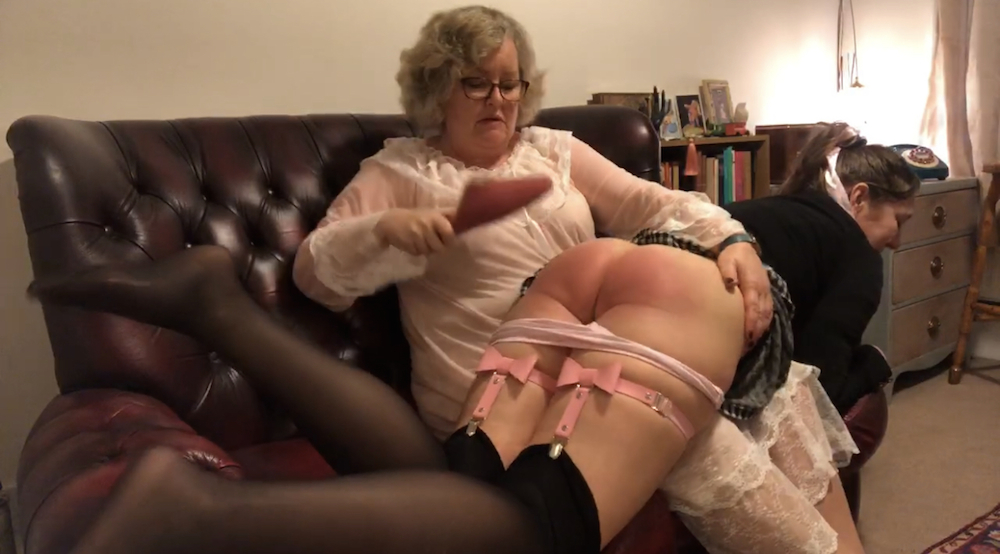 To me it is perfectly normal to be kinky. One of my greatest joys in this work is to encourage and allow people to deal with their deep-seated shame around their kinks, and to allow them to express themselves fully with someone who makes them feel safe and accepted.

I believe kinks to be a very healthy expression of our shadow selves – the darker, quirkier recesses of our souls. If you deny something, it is like pushing a beach-ball under the surface of the water. It will pop up again somewhere else, you can’t keep it under. As long as it is safe, sane and consensual I do not judge anybody.

Exploring a kink with someone on the same wavelength has something innocent about it. Together you can regress to that space you naturally inhabited when playing with your friends as a child: lost in your boundless imagination, totally immersed in the fantasy world you have created, going on a magical mystery tour. I find people who are kinky to be the most grounded, self-accepting, and self-aware people.

What Does Discipline Constitute?

Most people think ‘discipline’ means punishment, and it often is, but its original meaning is ‘to learn or teach’ from the Latin ‘disciplina’ (as in ‘disciple’). I love it because it is ultimately good for people and it has so many facets: role-play, endorphin-release, trust, power exchange, regression and so on. You might think it would get boring or repetitive, but for me it never does. I find it endlessly fascinating.

Is Spanking Part Of Discipline or A Totally Independent Kink?

I’ve never been asked that before! I think they are linked because you usually spank someone in the context of a disciplinary scenario. I can give you an example of how they are independent: I can carry out, for example, a long discipline session which involves very little actual impact play – say an intricate school scene with lots of role play and activities like corner time, writing lines, stress positions, scolding and so on, and only deliver 12 cane strokes near the end.

Sometimes people ask for this type of more cerebral and psychological session. But I would rarely spank someone outside the context of them being disciplined in some way. Sometimes I spank my ‘nephew’ Andrew purely for the fun of it and because his pert little bottom is irresistible but usually it involves a play-acting theme where he has done something wrong or ‘needs’ it.

Reasons Subs Are Into Spanking & Discipline

First of all, I don’t really like the generic label ‘sub’. I think mostly for real spankophiles, it’s understood that many people are not even natural submissives. I prefer to call them ‘bottoms’, ‘spankees’, ‘nephews’ ‘naughty girls’ etc.

I hear many reasons: being spanked as a child or witnessing spankings at school or in a domestic environment, therefore being ‘hot-wired’ to like it. The release of endorphins afterwards and the floating sense of calm. Being embarrassed or humiliated, or being objectified sexually by having to strip in front of me and/or my lady friends (from men, not women). A need to regress to a younger age/return to a child-like state. Being put in their place to balance ego in a dominant, high-status line of work. Giving someone else power over them and being able to let someone else make decisions for them.

The complete focus it takes to experience the physical sensations of impact play – it brings you into the present moment and away from the stress outside in the rest of your life because you cannot have your mind filled with anything else during the experience. It turns them on: for some people, it’s just their kink. The comfort of being across someone’s lap and being held in an OTK position. I’d say it’s 50/50 with people who are into spanking because they were spanked as a child, and those who weren’t.

Mistress Iceni – London-based disciplinarian specialising in spanking and role plays with a distinctly vintage style. I may remind you of your old school-teacher, Mum’s friend, strict neighbour or Governess, but whichever female authority figure I represent for you, a visit to my study will usually result in a sore bottom and a marked improvement in your behaviour. I am a firm believer in old-fashioned discipline and you will find it may hurt at the time, but it is ultimately for your own good.

I am currently working on several projects to collaborate more with women as I have enjoyed filming so much with Anty (@Anty851 on Twitter, follow her, she’s wonderful) and Ana, and before that, the wonderful films for Miss Elsa Svenson (wellsmackedseat.com) as Miss Ashbrook. I am planning to film some clips and content with a lovely young lady Dilan (@OhdearDilan on Twitter- you really should follow her too) Also I have Emily Jane now available to join me in sessions and film with me as a spankee. I’m currently in discussions with another lovely young lady to offer exclusive custom clips as mother and daughter. So watch this space and follow me on social media if you want to see me spanking some pretty bottoms!

My other project which I worked on extensively during lockdown is my retro spanking novel: Set in 1979 in provincial England, it’s the story of Andrew, a permanently horny 17 year old who is sent to live with his strict Aunt while his parents divorce. She takes him on a roller-coaster journey of discovery with help from her equally assertive lady friends. It is a coming-of-age story that examines self-acceptance, kink-shaming, gender identity, spanking, age play, petticoat punishment and the psychological and emotional pull of corporal punishment. I have pitched it somewhere between ‘Harriet Marwood, Governess’ (which was a huge inspiration, and this is a kind of updated homage) and the saucy ‘Carry On’ Films of the 1970s. The working title is ‘Aunty knows best’ and I have just finished the first draft, so while it is not available just yet, I will promote it as soon as I have it ready for my eager readers! The plan is to publish as a paperback, e-book and possible audio version, narrated by myself.

London-based disciplinarian specialising in spanking and role plays with a distinctly vintage style. I may remind you of your old school-teacher, Mum’s friend, strict neighbour or Governess, but whichever female authority figure I represent for you, a visit to my study will usually result in a sore bottom and a marked improvement in your behaviour. I am a firm believer in old-fashioned discipline and you will find it may hurt at the time, but it is ultimately for your own good.