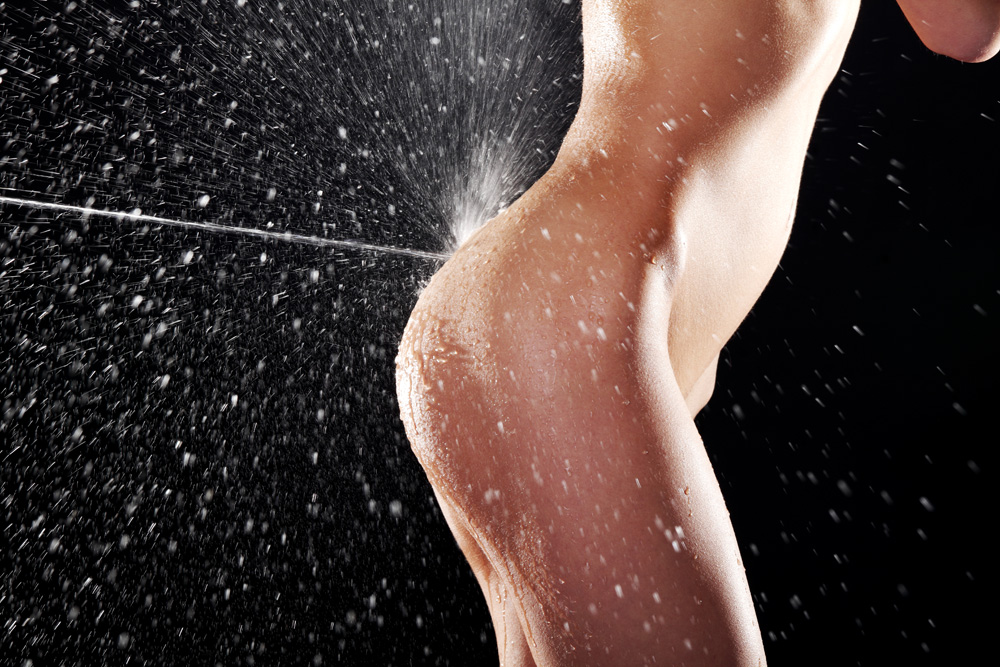 To build techniques around ejaculation one must start with knowing their anatomy.

Map out parts of your penis that respond to different types of touch. Find the most erogenous parts of the penis. Learn to build up sensations and experiment with different strokes and touch. Start with the base of the penis and hold it with one hand while stroking the penis up towards the head in a slow and steady motion. Do this method several times until you feel the urge to ejaculate.

Hold the tip of the penis between your fingertips and squeeze until the urge subsides. This will pause the ejaculatory response and allow a build up of sexual energy before release. Once you do a series of this exercise with multiple repetitions, allow your penis to ejaculate. You will notice you have more ejaculatory control and intense release from the build up.

Another method is to use your PC muscles (pubococcygeus) and squeeze to reduce the urge to ejaculate. You can locate your PC muscles by trying to stop the flow of urine midstream or twitching the penis. The PC muscles are like the brakes of a car. When you want to hit the brakes it allows more ejaculatory control and reduces the urge to release. Use the PC method to build up your muscles by doing a series of short squeezes or longer, stronger squeezes. Both will give the same benefits over time.

Another method is to use the locking method – when you feel that you are about to ejaculate, withdraw the penis until only the head remains in the vagina. Stay calm and still for at least 10 seconds before entering the vagina again. You can do a series of these exercises until you begin to withdraw less and feel more in control of the sensations and build up.

Dr. Shannon Chavez is a licensed clinical psychologist and sex therapist with an expertise in female sexual health. She works with women of all ages and backgrounds helping guide them from sexual concerns to sexual empowerment. Read the rest of her profile below and follow her on Facebook at Dr.Shannon.Chavez