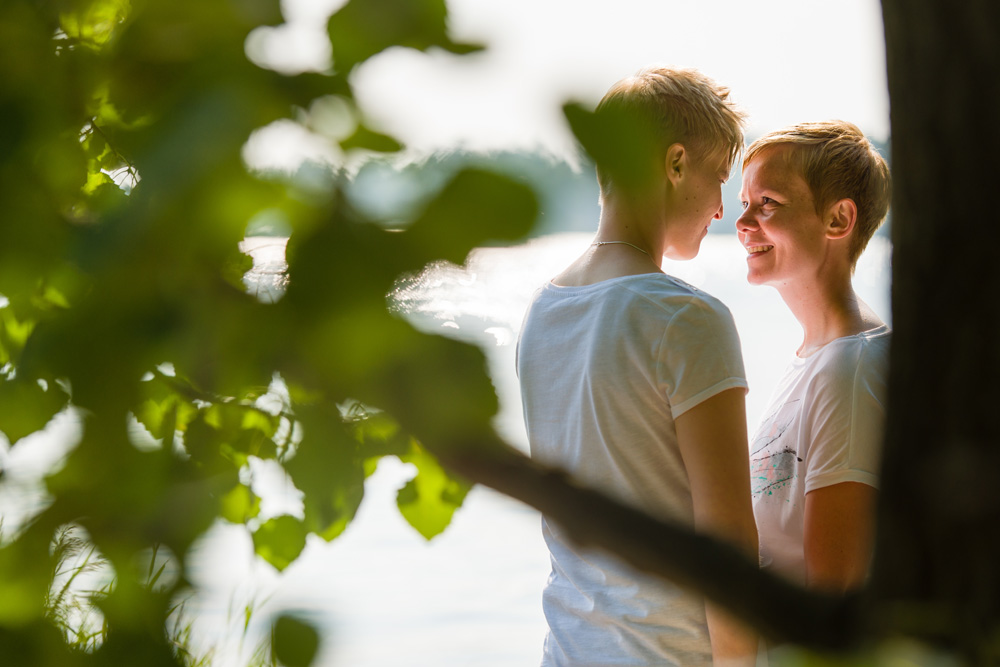 According to Strommen (1989) there are two common reactions that parents feel when they find out that their child is gay. The first is that, since most parents are unfamiliar with homosexuality, they have negative perception of it. And the second is the feeling that they as parents has failed with their child’s education.

These two reactions cause parents to feel embarrassed over their child’s sexuality. Rothman and Weinstein (1996) said that when a family member comes out (of any kind) there are a multitude of responses. Take for example, the announcement of an engagement of a heterosexual person. This is usually met with a joyous response, a ritual party and many gifts. The lesbian and gay man does not receive this response. Instead, the coming out announcement is often met with negative responses which can range from mild disapproval to complete non-acceptance and disassociation. These responses, though usually excepted, cause considerable stress and pain for the lesbian and gay person that is seeking parental approval.

The rejection has a greater impact when it occurs in families with strong religious convictions. Blumenfeld and Raymond (1988) argued that families with strong religious convictions often support their own views of religion even if its against a family member. Some gays who have a family background with strong religious convictions would normally not come out to the family as they fear that a confession will be used like a boomerang; weapon that will swing back to hurt them. Thus the real threat for lesbians and gays is from their family as the rejection has a great influence over their behavioral and psychological state. The family, in fact, is the most repressive institution in running cultural values of the gender belief system; the stereotyping system of the roles of gender.

“They don’t want to speak with me”

“… (Crying in front of me) … My parents didn’t want to have a gay child so they stop our relationship. But I still in contact with my sisters. I love them … love very much … I send them some euros and asking them about the condition of my parents. … they don’t want to speak with me … One day, one of my sister want to send me some money, but I said « no », I am their brother, so it is my responsibility to take care of them. I have four sisters … One of them act like my parents. She is fanatic with Islam … I want to talk with her, but it’s impossible … (Crying) … I miss them …’’ (I, 40 years old)

The story began when his parents passed away 7 years ago. Even until then, his parents still did not accept that he is gay. A few days after his parents had passed away, he came out to his four little sisters but one of them (the youngest one) did not accept him as a gay. Until now the youngest does not want to admit that she has a gay brother. The family has a strong religious background: his father worked in an Islamic institution and his mother is a typical Indonesian housewife. They have perform pilgrimage many times. They sent their children to Islamic school and all their daughters wear the hijab. Even though he studied in an Islamic school, his thinking was quite liberal. He told me that being gay is not anyone’s fault. No one who wants to be born as a gay he says.

He is one of my respondent for my PhD research. He had to learn to deal and negotiate his life with his gay identity and at the same time come to terms with his religion and respecting his family Islamic ideology. Living with a religious family, in this case a very conservative Muslim family, was very hard. He was forced to affirm his parent’s request to terminate their relationship of parent and child. He sacrifices his life and moved abroad. However, he still does not know if he could accept his parents request to be conservative Islam follower.

This makes me reflect on how lucky I am as I have three sisters who is still willing to acknowledge me as a brother. I feel devastated that he is gay and have to struggle with religion and societal norms. Being gay, for him, is not wrong but this is not necessarily true for others.

10 Things to do to get ready for SongKran9 Pool Party
God’s Punishing Us: Isn’t He?
Advertisement