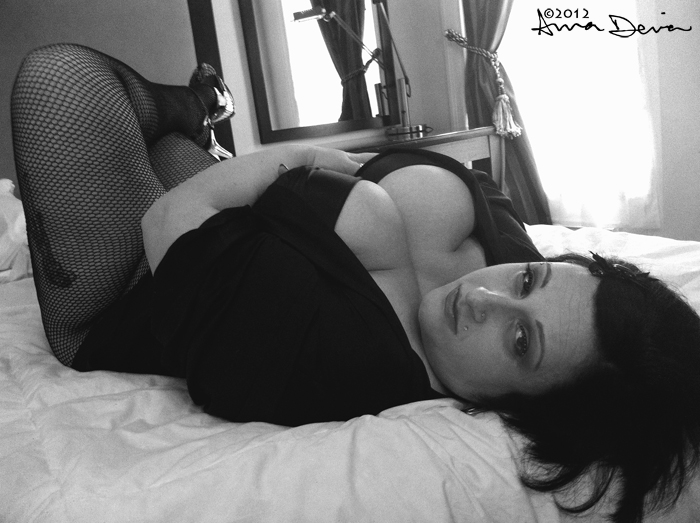 Short Bio description of yourself and The Rub PR:

Born in NYC and with an East Coast attitude to match, Erika Icon is one of the feistiest women in the Adult Industry. With almost nine years in the industry under her belt working in many facets of the industry including retail buyer, writer, sex advice columnist, DVD, website and toy reviewer, and publicist, Icon has forged many relationships with performers, studio owners, sales personnel, distributors and magazines that have helped her promote her clients and their brands effectively and bring them into the mainstream market. In 2008, Icon started her own PR firm, The Rub, THE full-service adult PR agency that works with the top studios and performers. Since then, she has worked with new and established talent, along with some of the best adult studios and companies in the industry. In 2011, she was XBIZ’s WIA (Woman in Adult) for the month of November and has garnered three nominations from the Fame Registry for Publicist of the Year, along with a 2014 XBIZ Awards nomination for Marketing Campaign of the Year for her work on Sparks Entertainment’s “The Vampire Mistress”.

Erika:  Many companies make promises they can’t and/or don’t intend to keep. We don’t overpromise, but we definitely over deliver. We offer the usual interviews and press releases, but we also offer our clients way more services that other PR firms at a very affordable price, whether they’re a performer or company. For example, for the girls, we find them a place to sign at tradeshows, book feature dancing, and get them mainstream work. Most of our clients are attained from referrals from current and past clients.

Also, I’m a Nichiren Buddhist and I try to live my life treating others well. I care about all my clients and do my best to help them succeed and be happy.

SimplySxy:  There are many adult agencies and production companies, using the promise of good money as a way to entice people into the industry.  How is one able to tell the difference between a legitimate and a scam?

Erika:  When you say adult agencies, I think you mean talent agents. Yes, some are better than others. Production companies, studios and directors who aren’t legitimate can definitely scam the performers. I’ve known many girls who book their own work only to be scammed by a creep with a camera who’s looking to get laid and capture the event on film. This is where a good agent comes in. An agent knows the legitimate businesses, and makes sure you’re safe and paid. Agents make my life easier because the girls have money coming in and more things to promote.

SimplySxy:  The Rub PR has gotten some of their clients into mainstream projects such as a reality show.  How is the approach different as compared to adult entertainment?

Erika:  At some point, the girls are done with being in front of the camera. If a girl has a good look and can act, mainstream is definitely a possibility. Those who don’t want to direct adult films or work for studios need other options.

Many of my clients want to do mainstream. I got one of my clients on a reality show premiering on a major network and a few of my girls in horror movies. I’m currently working with a mainstream writer/director on a major mainstream movie that will be made next year and stars four of my current clients.

SimplySxy:  You have lectured at the AEVC 2014 earlier this year.  Is there a growing demand for virtual entertainment and do you see technology possibly entering television and homes in future?

SimplySxy:  The use of condoms, or lack of, in pornography is being heavily scrutinized.  What are your thoughts on it and the possible bearing on the industry if the law is passed on mandatory use?

A movie can go up on tube sites before it even hits the Internet or store shelves. The studios send cease and desist letters, but the content just pops up on another site. Many of these tube sites are off shore so it’s hard to prosecute them. I’m not sure how we can really go after this problem, but there are companies like Takedown Piracy going after people. It seems that webcamming and novelties are the only ones not dealing with this problem and they’re the big moneymakers right now.

SimplySxy:  There is a certain stigma that comes along with Pornography.  Please help us clear up one misconception people might have about it.

SimplySxy:  Here at SimplySxy, we are all about promoting “sex positivity”.  Can you give your take on sex positivity?

Erika:  To me, sex positivity is accepting people as they are no matter what they are (trans men, t-girls, or bio men and women) or whom they choose have sex with. My dad always says that Baskin Robbins has 31 flavors for a reason, and he’s right—everybody’s got something they like and that makes them tick.

If you want to know more about me and/or learn about the industry, I have blogs on my site http://therubpr.com/, and http://www.xcritic.com/ and http://rockconfidential.com/. My Twitter is @therubpr and my Facebook Company Page is https://www.facebook.com/TheRubPRBizPage.

You may also like...
Related Topics:Erika Icon, Pornography, Pornography Feature 2014, The Rub PR