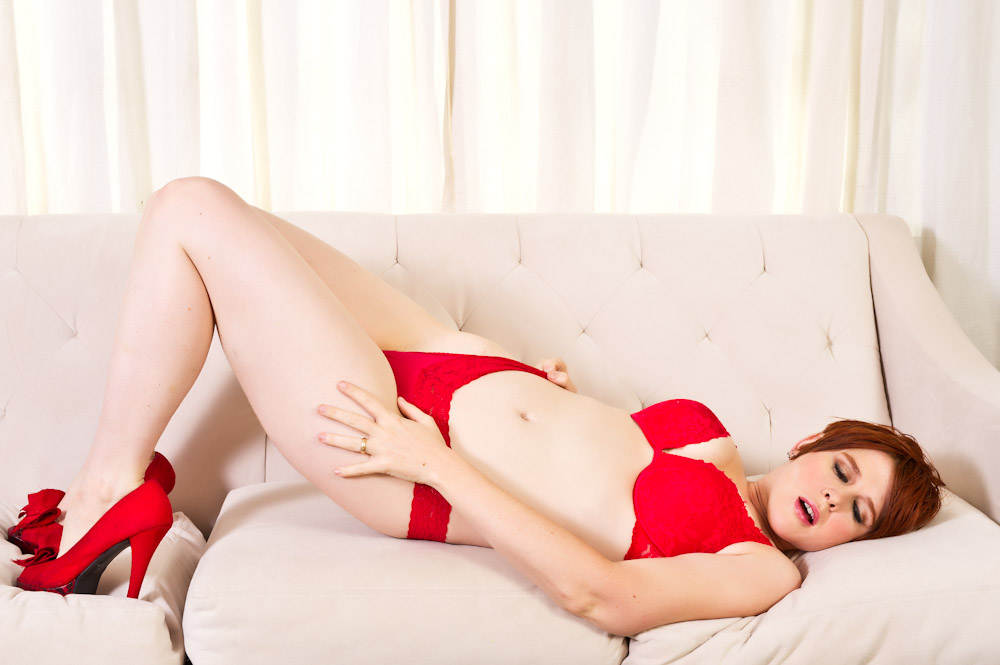 SimplySxy: What is your personal view on pornography?

SimplySxy: What were some of the challenges which you faced when you started out in the industry?

SimplySxy: What are your views regarding pornography addiction?

SimplySxy: What is the ultimate role play for you?

Lily: I like cops, prison guards, anyone in a uniform.  I like playing with this particular sort of power and the abuse thereof.  These sorts of authority figures are part of a system that’s f**ked.  Our prison system is just massively inequitable, but the uniforms are hot, and that power to f**k up your life is hot, and there’s something taboo about being drawn to something dangerous.

I’ve done a lot of scenes where I’ve played a dirty cop and drawn attention to things that are unfair about the system while still doing really hot sex scenes so you get a touch of this “wrong but hot.”

SimplySxy: Which do you think is the sexiest part of a men’s body?

Lily: Oh honey. I’m the wrong gal to ask.  His money, I suppose, since I’m just not at all interested in men sexually.  I’ve never even kissed a boy .

SimplySxy: What is your favourite sex toy?

Also, a lot of the girls I f**k are kind of straight.  My energy is kind of masculine.  I’m a creature of the borderlands and a lot of girls who aren’t into girly girls are into me.  So the strap-on thing works for me.

SimplySxy: Share with us one secret to spice it up in bed with a lover?

Lily:  Let go of your hangups. You have one life, and it’s dumb to be afraid of being honest about what you like and who you are.  Just be honest about your desires, both to yourself and to your partners.

Also monogamy is insane. There is so much that you can learn from other people that limiting yourself to one person sexually is just a very silly choice, on the level of deciding to have only one friend.  Jealousy is a stupid emotion.  It’s so, so stupid.  I feel it too, but objectively it’s never brought anything of value, and I know better than to let it rule my life.

SimplySxy: What defines a sexy man according to you?

Lily:  I’m going to refer to question 6, and then answer this for woman.

I’ve had mind-blowing sex with women that I wouldn’t look at a picture of and be aroused by but whose energy turned me on in person.  When a girl is into me, and I can feel her desire for me, that’s hot.  Or if she’s nervous but ready, that’s hot too.  I love butches and femmes and black women and white women – as long as she’s down, and game, and likes herself and likes sex.

SimplySxy: In your opinion, what can a guy do to give a girl a mind-blowing orgasm?

I don’t think that most people operate this way, but if you can channel that it goes a long way. Learn her body.  Pay attention to her.  The same moves do not work on every girl, although there is sort of a basic set of stuff to choose from.  I would say that the key to being a really good f**k is communication, both verbally and intuitively.

I have a leg up on dudes, because I know what the stuff I’m doing to her feels like.  I can put my fingers in a girl and have this sense memory of what that feels like to me.  I know her spots because I have them too.  Yet, everyone is different, and plenty of women like things I don’t like..so you can learn to understand women too.  You just need to listen to them with all five of your senses .

SimplySxy: A last message from you to all your fans and the SimplySxy readers?

Come back here for tomorrow’s article on Internet and Pornography by Dr Shannon Chavez.